A maverick gets attacked by bears. They’re beaten down by a cutthroat, capitalist system and threatened by partners who aren’t as trustworthy as they seem. After a series of blows and ostensible defeats, they persevere. Inspired by dreams of family, they ignore their detractors and challenge the machinations of evil commerce. In the end, they prevail, though the reward is bittersweet.

Joy and The Revenant are different films, targeting different audiences, but they contain some remarkable similarities. Both films showcase a blonde, blue-eyed megastar. Both films were released on December 25th, that holy day of box office reckoning. And both tell the same story of individual strength in the face of hardship. Their times, genders and circumstances are as far as blood from chocolate, but Hugh Glass and Joy Mangano’s onscreen lives can be understood as masculine/feminine interpretations of the same, timeless American tale.

The Revenant is a grueling, 156-minute trek through a chaotic landscape. Hugh Glass (Leonardo DiCaprio) is a grizzled hunter navigating the wild west of 1823. After an attack by Indian warriors, he pushes ahead with the surviving members of his camp and in the film’s already-famous scene, he gets mauled by a bear. His chances of recovery are slim and the leader of the camp (Domhnall Gleeson) offers money to anyone willing to watch over him. Fitzgerald (Tom Hardy) volunteers but, abiding by his own selfish agenda, he kills Glass’ son and takes off. That’s when Glass rises from the soil with zombie-esque aplomb and pledges to avenge the murder. Never mind that’s he’s crippled and bleeding. The integrity of his family is at stake. 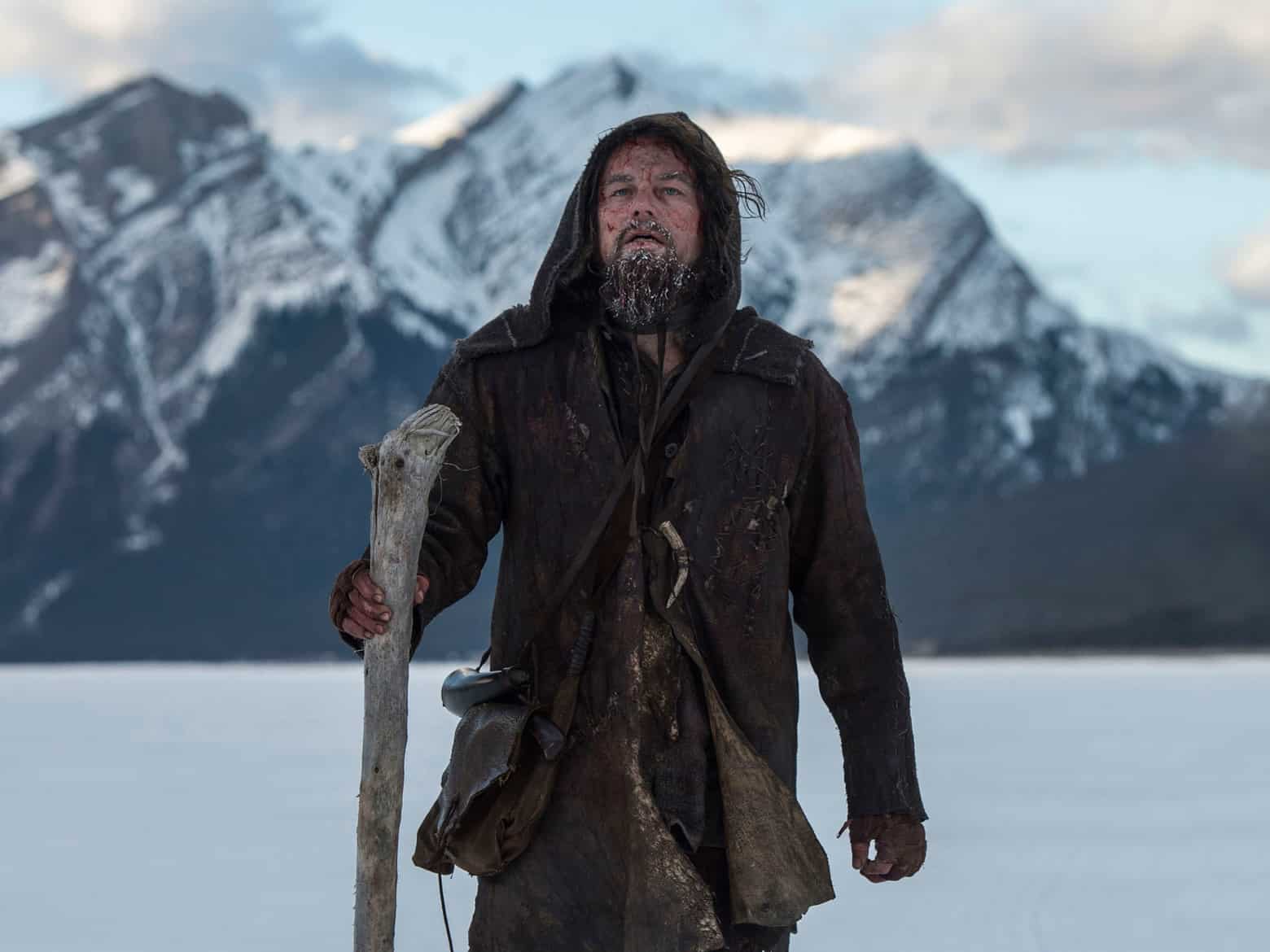 Directed by Alejando G. Iñárritu, The Revenant reflects its director’s obsession with the visual.  As seen in last year’s Birdman, his camera is a roving, whirling, nonstop display of what a camera can do. It follows arrows, horses, and choppy rivers, stopping only to appreciate a wordless vista or two. The feat after feat of harrowing survival wears on the senses, making the film an artistic opus more than a narrative one. Iñárritu attempts to solve the puzzle of character development by tacking on dreams of native women but they’re flat, clichéd devices that confirm The Revenant as an intellectually vacant, masculine fantasy.

Joy stars the universally beloved Jennifer Lawrence as Joy Mangano, the working-class, single mother who turned herself into a millionaire inventor. Directed by David O. Russell, it’s the stranger, sweeter and more rewarding film. Ditching the spectacle of idealized manhood, it’s an ode to “daring women” with a focus on the feminine sphere. Though its issues are primarily domestic (debt, parental care, single parenting), they’re as serious as any bear attack. When a pipe explodes in her mother’s bedroom, Joy pulls up the rug and starts hammering at the floor. She’s the fixer of the family, a thankless role that wives and mothers have played for centuries. 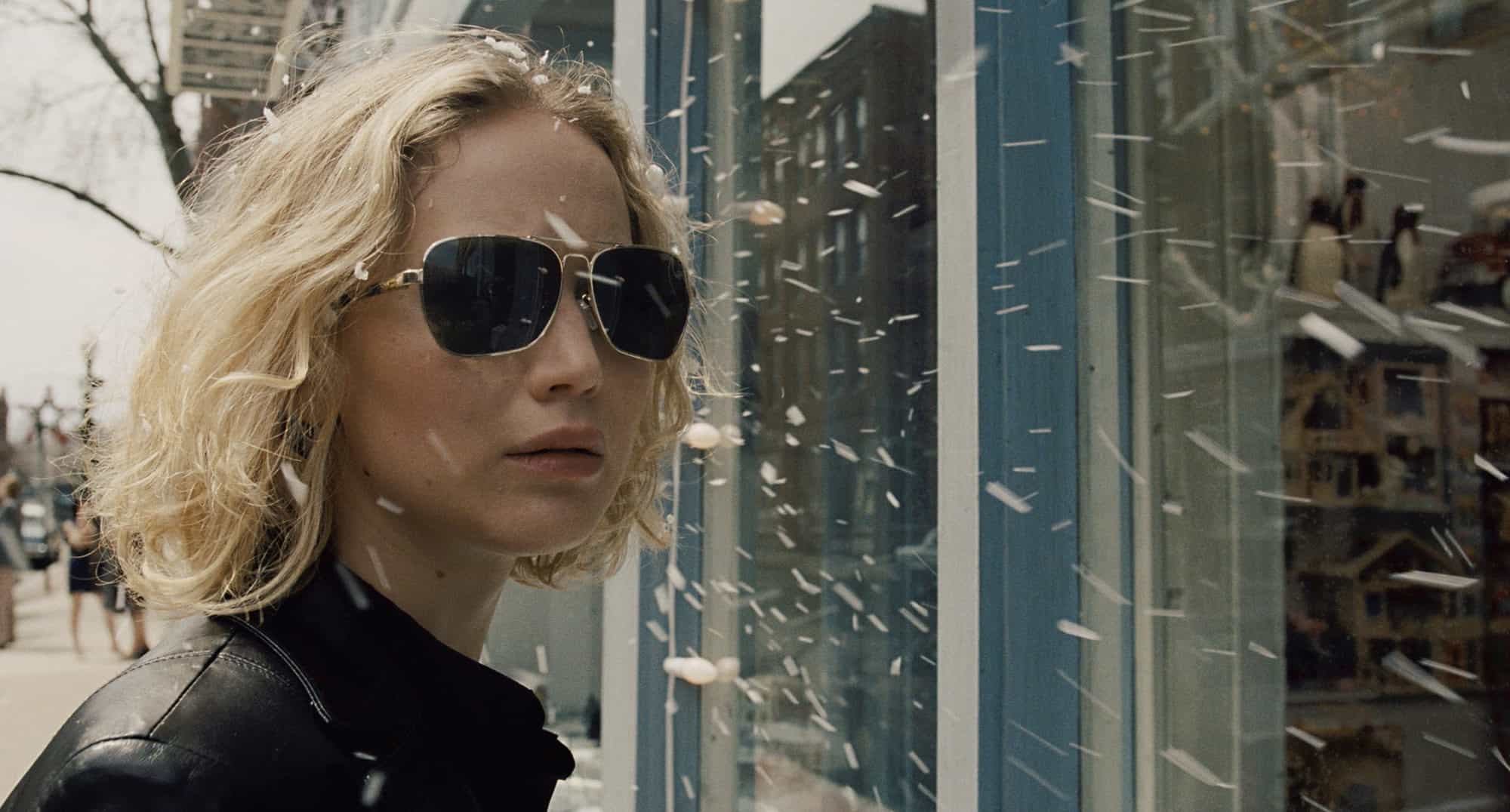 Russell is at his best when he’s in the midst of a dysfunctional family, and Joy blends the screwball comedy of Flirting with Disaster (1996) with the earnest drama of The Fighter (2010). The result is a mish-mash of genres that won’t please all audiences. Its humor is quick and dry, like when Joy is reading aloud to her daughter from a book about cicadas and she stops mid-sentence to ask, “How did this book even get in here?” Spoken with raspy panache by Lawrence, it lands just right.

Robert DeNiro’s presence as the out-of-touch patriarch is delightfully overshadowed by the powerful women who surround him. Indeed, Joy is refreshing for the attention it pays to its cast of loving, batty, and opinionated female characters. Virginia Madsen is a knockout as Joy’s invalid mother, making pronouncements from bed like a Beale of Grey Gardens. Isabella Rossellini is the Italian heiress who bankrolls Joy’s Miracle Mop. Dascha Polanco (Orange is the New Black) is Joy’s best friend and Diane Ladd is her angelic grandmother. These women are unusual, articulate, funny and smart—nothing like the voiceless, dream-women of The Revenant. 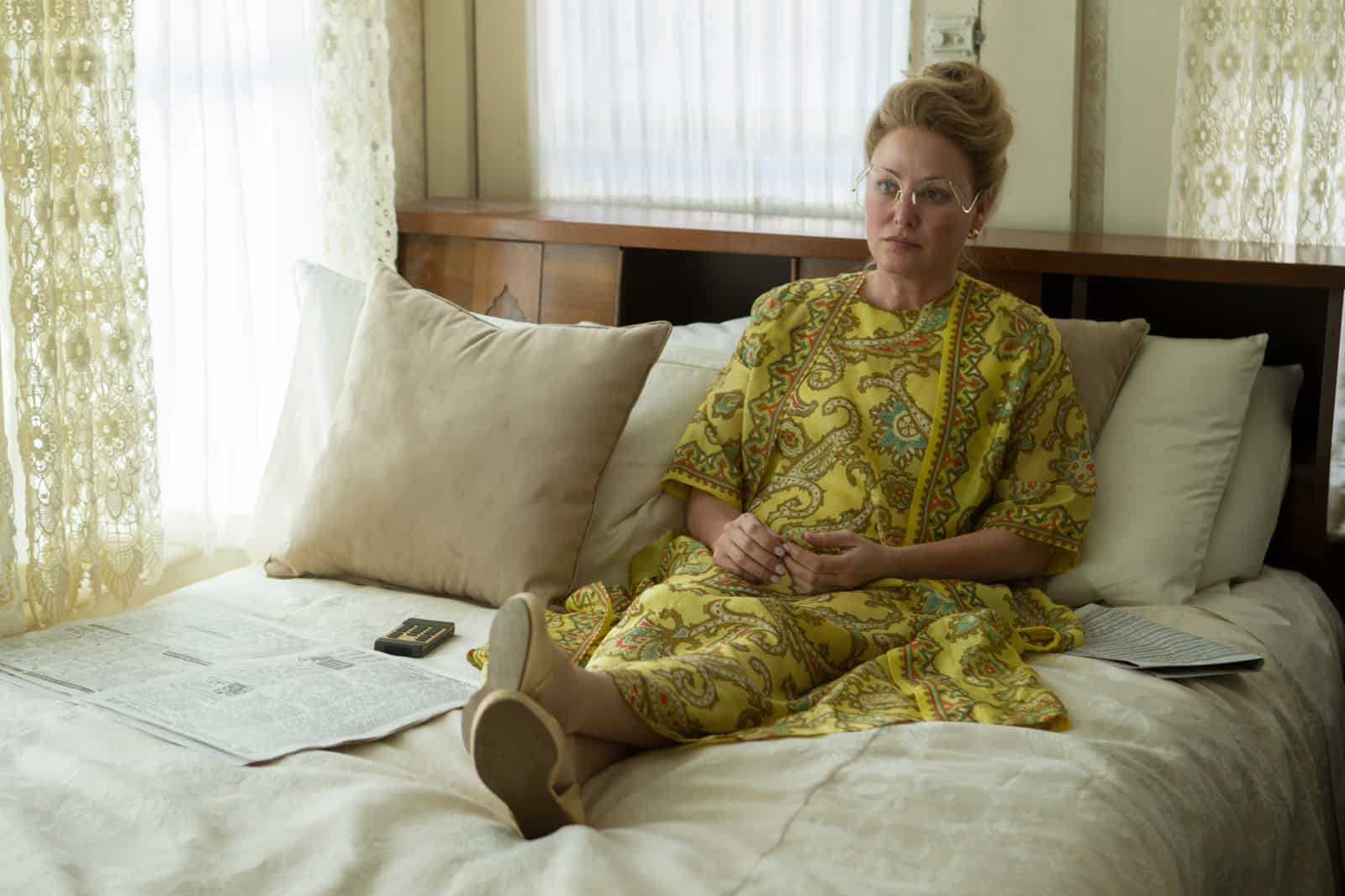 If we overlook the differences in their portrayal of gender, we can see how both films share a similar, underlying structure. Joy’s goals, like that of Glass, aren’t always clear. She wants to make money, keep her house, and support her family, but the end result isn’t as important as the motivations that drive her. Like Glass, her path to redemption is marked by failure. When she invents her mop, she has to negotiate with shady businessmen. When she tries to sell it in a superstore parking lot, the cops arrest her. When she gets her big break on QVC, the salesman blows it and the profits are zilch. Success in America becomes predicated on stubborn determination in the face of failure. Like Glass, who rises from the dirt when his companions proclaim him dead, Joy’s success is based on her ability to reach the bottom (ripping up designs, signing bankruptcy papers) and rise above it.

In the end, Joy doesn’t sit back and enjoy her victory. That would be too easy. She opens a box and pulls out a paper diorama from her childhood. This is her “Rosebud,” the object that brings the great achiever back to the past that made her; the past she can never re-live or undo. It is the same with Glass, when Fitzgerald leans into his hear and reminds him that he can never bring back his dead son.

On January 10th, Lawrence and DiCaprio accepted Golden Globes for their performances. The Hollywood Foreign Press Association wasn’t willing to overlook the strength of Lawrence’s performance and I can only hope the viewing public won’t either. Joy deserves its own story of hard-won triumph.