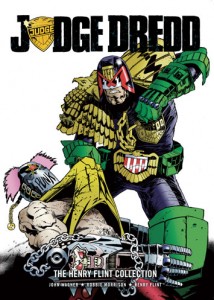 Judge Dredd, starring Sylvester Stallone and Diane Lane, was a commercial and critical flop back in 1995. Now, nearly 15 years later, it seems that a reboot for the film is in the works. Screenwriter Alex Garland, known for 28 Days Later and Sunshine, has apparently written a script. The report came in from comic book artist Mark Simpson via Twitter. Simpson also stated that he is working on concept art for the film. DNA films, the production company behind 28 Days Later and Sunshine, is said to be working with 2000 AD, the original publishing company for the Judge Dredd comic books. With the given information, fans can only hope that Danny Boyle will sign on to direct.