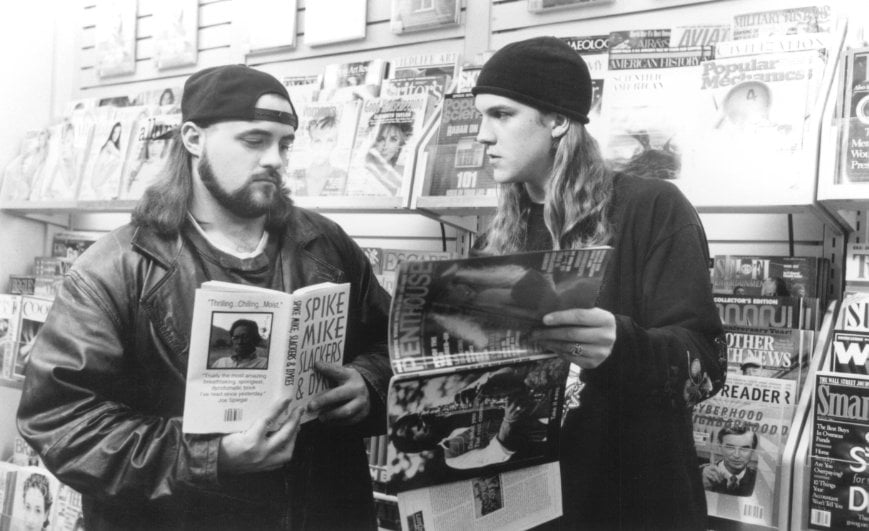 I know, I know. A sequel to Mallrats is all you’ve been talking about for the last 19 years. Luckily, Kevin Smith heard you and has responded.

The director of Clerks revealed on Friday that a sequel to his 1995 film is on the way. Speaking with Tucson’s Rock 102 KFMA radio, he spilled the beans on an idea that he was working on that would make sense for a return to this world.

According to Smith, the film is “half scripted right now” so it could be ready to shoot very soon. He added that they were trying to raise funds and planned on filming to start in May 2016. This didn’t include any details on who from the original film would be returning though.

He did elaborate on the idea for Mallrats 2, which was born solely out of a desire to entertain himself, as opposed to every thing he’s ever done. “Lately I’ve been doing this thing where I’m like ‘Do you want to do what’s good for your career or do you just want to have fun?’” Smith said. “Nobody’s clamoring for a Mallrats sequel, but I would love to make one. It’s been like 20 years.”

Before he can get to Mallrats 2, Smith currently has Clerks III, Yoga Hosers with Johnny Depp, and Anti-Claus on his plate so it could be awhile before this idea start to form.