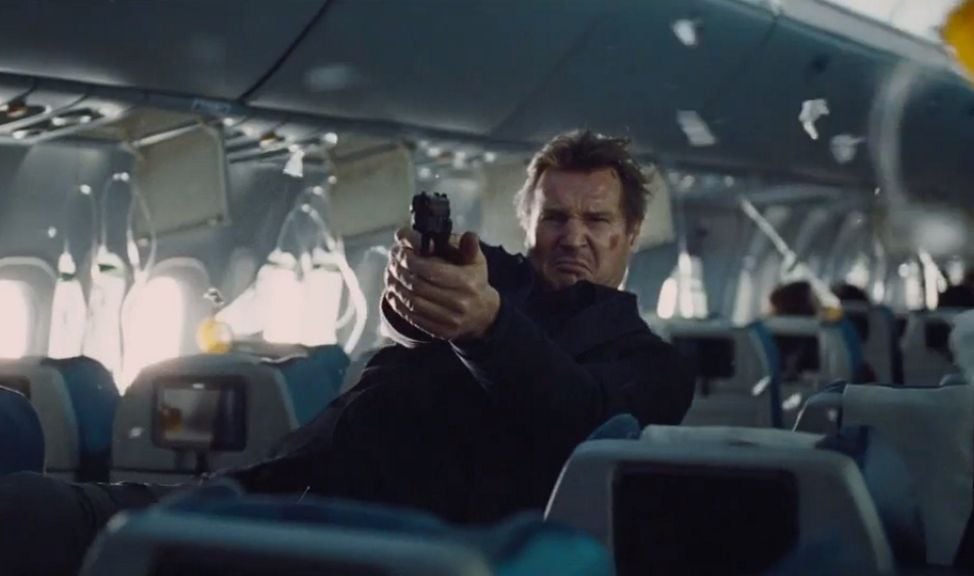 I don’t care if you’re Thor or James Bond or Tony Stark, the only guy in all of movies who is capable of kicking anyone’s ass at any time as of today, is a character played by Liam Neeson.

Bill Simmons honored Neeson as the two-time recipient of the Action Hero Championship Belt. He’s the kind of guy that right now you can say “Liam Neeson, Airplane,” or “Liam Neeson, Wolves”, and you’re there. I don’t care how many Avengers are up against his particular set of skills.

His latest movie Run All Night has him in an old-man, badass-off against Ed Harris, but Neeson himself admitted to The Guardian that he may not be able to run all night forever.

“Maybe two more years. If God spares me and I’m healthy,” he said in a US interview. “But after that, I’ll stop [the action] I think,” Neeson said, adding, “I’m in a very, career-wise, great place,” Neeson said of the movies. “The success of certainly the Taken films, Hollywood seems to see me in a different light. I get sent quite a few action-oriented scripts, which is great. I’m not knocking it. It’s very flattering. But there is a limit, of course.”

What?!? You mean one of Neeson’s upcoming films, Silence, with Martin Scorsese, will not actually have him using his super-serene Jesuit Priest powers to take on Spider-Man and an upcoming Jedi Master?

See, people forget that Neeson was not always the badass, and that when he played Oskar Schindler in Schindler’s List, he actually didn’t single-handedly hunt down Nazis and win World War II, and one day he might want to get back to playing adult roles that would allow him to win an Oscar some day (He ain’t got no statue).

Until then, let’s just appreciate our champ while he’s still in his prime: