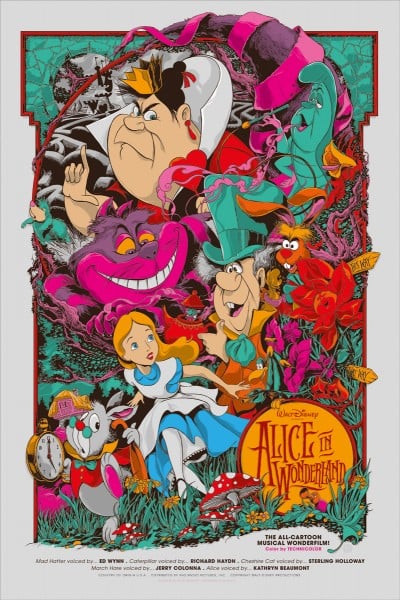 Mondo, the superb poster boutique, announced today that they are partnering with the Oh My Disney blog, as they unveiled Nothing’s Impossible, a gallery which will take place during this year’s South by Southwest Film Festival in Austin, Texas from March 7-11. The gallery will feature what’s sure to be some incredible Disney-inspired prints by artists like Martin Ansin, Ken Taylor, Aaron Horkey, Daniel Danger, Rich Kelly, Mike Mitchell, JC Richard, and more. The first piece announced is a stunning poster for Alice in Wonderland, drawn by Ken Taylor. Mondo and Oh My Disney will be unveiling some of the posters digitally every week leading up to the opening. The Alice in Wonderland poster will have only 490 available and can be bought for $55. 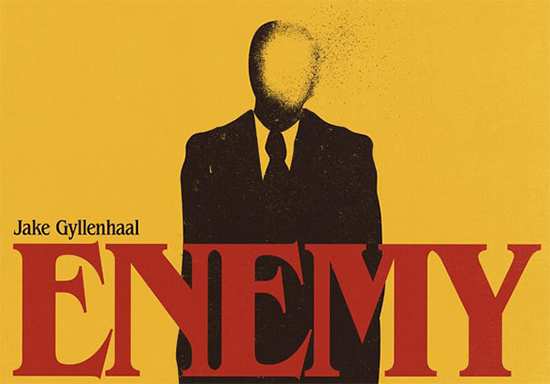 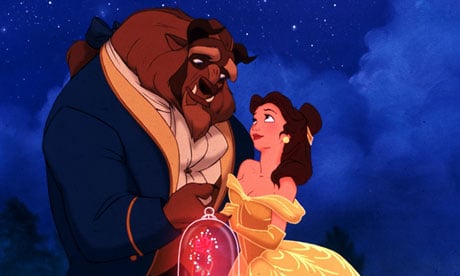