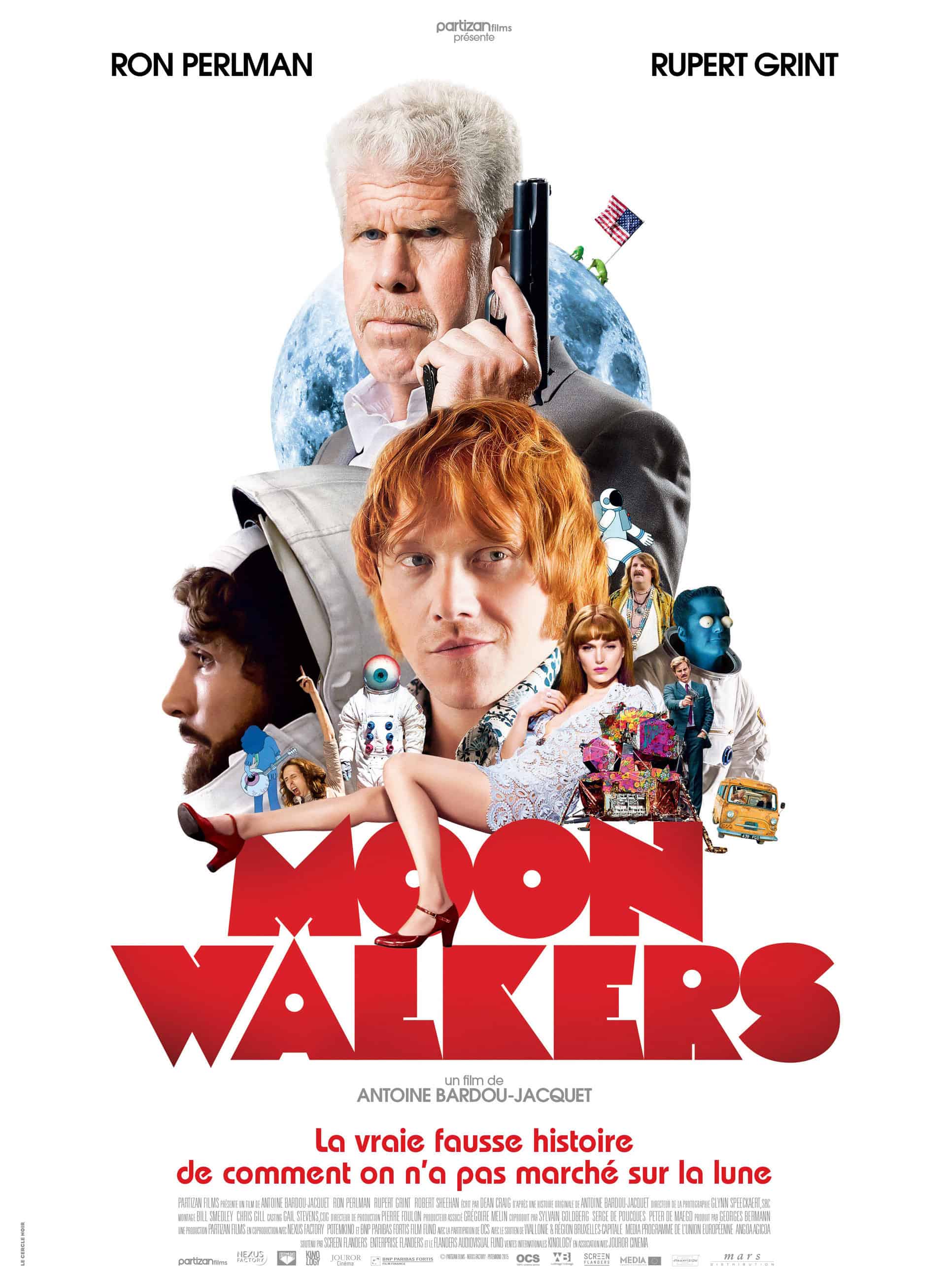 The idea that Stanley Kubrick directed the moon landing just won’t die. In 2002, the french mockumentary Dark Side of the Moon revived interest in the story and even fooled some audiences that the events depicted were in fact true. Room 237 (2012), a documentary about various theories about The Shining (1980), similarly offered a perspective that Kubrick was trying to communicate to audiences the burden of his secret involvement with the government. A quick Youtube search will reveal literally hundreds of videos about Kubrick’s supposed involvement in the moon landing hoax. In December 2015, filmmaker T. Patrick Murray posted two videos with apparent confessions from Kubrick about his involvement.

Building on this myth is the new film, Moonwalkers, directed by Antoine Bardou-Jacquet. Ron Perlman plays a mentally unstable CIA agent recently traumatized by a mission in Vietnam. He is tasked with hiring Kubrick to shoot a Plan B moon landing, lest the mission is unsuccessful. Due to a series of mishaps, he ends up hiring a drugged-up fraud – but at the risk of his own life and career is forced to play along.

Conspiracy fiction is terribly en-vogue right now. Rapper B.O.B has taken his flat-earth crusade to Twitter and has even released an album about the round-earth myth; with Donald Trump’s rise to power, there are whispers that this is a ploy to bolster Hillary Clinton’s support or else tear down American democracy; 9/11 truthers lurk at the peripheries of most discussions related to September 11th, terrorism or American government secrets.

It’s not since the mid-1970s that the height of conspiracy has been so intense and so deeply entranced in popular discourse. That era of fear, built around a failed war in Vietnam, a crumbling economy and the Watergate scandal spurred a string of movies that built on the paranoia that pervaded American life. Movies like The Parallax View (1974), Three Days of the Condor (1975) and Capricorn One (1978) played on the perceived duplicitous nature of government agencies. These thrillers fictionalized American fears and doubts, suggesting not only ulterior motives of those in power but the culpability of the American people in their own psychological imprisonment. 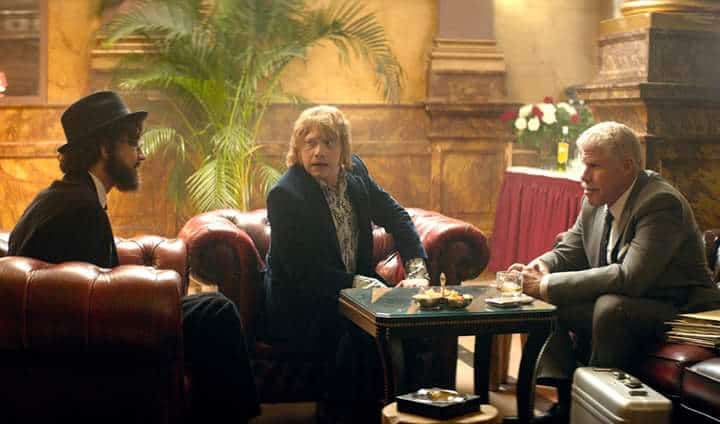 While the more popular conspiracies dealt with the assassination of Kennedy, NASA’s collaboration with Stanley Kubrick to design lenses for Barry Lyndon (1975) helped inspire one of the cinema’s greatest myths: after watching the impressive effects in 2001: A Space Odyssey (1968), the American government enlisted Kubrick to direct the moon landing on a soundstage.

Unlike the thrillers of the 1970s, Moonwalkers is a comedy. Sorta. The jokes are rough, and the character trajectories broad, and the conspiracy-laden with incompetent hippies and pretentious artists. By removing Stanley Kubrick entirely from the equation, the film offers a rather non-sensical interpretation of the mythology. In the film’s final act, which features a spectacularly ill-conceived tonal shift, the film even backs away from any suggestion that the moon landing may indeed be fake.

In fact, the film neuters any of the motives that the government may have about the moon landing. It’s an ego play, and not a venereal animalistic one à la Dr. Strangelove. It basically transforms the American government into a community college football team, who can’t let their rival team (Russia) beat them to the moon. This level of absurdity could easily be a convincing play on the motives of war and nationalism but instead comes across as crass and juvenile. Rather than make a joke of the government, the film makes a joke of people’s fears and concerns. The fear and distrust in the government are ultimately transplanted to a group of eccentric artists, making a mockery of the film’s own premise.

Conspiracy fiction, much like horror or science fiction, is a healthy outlet for the fears and doubts of a populace. While it’s hard to chastise a comedy for not taking something seriously, the frustrating comedy without any bite is not doing the film any favors. Most of the jokes don’t land and perhaps worse of all, they lack concept. The humor doesn’t serve the story or the ideas that the film is trying to explore. More than just unfunny, they are plain, tired and pedestrian. It’s ultimately unclear why this film was made at all, as the script plays as a “what-if” fan-fiction stretched out far beyond the limits of the initial idea.

Nearly 50 years later, being preoccupied with the veracity of the moon landing seems like a smoke screen. The worst case scenario that Americans didn’t land on the moon in 1969 is proof that the government has lied to its citizens. We KNOW The American government is lying, thanks to Wikileaks and Edward Snowden (among others). To tackle conspiracy as a concept and not take it seriously is a disservice. While it’s easy to make conspiracies about the flat earth the butt-end of a joke, to explore the motives and reasons why these kinds of ideas proliferate remain important. Movies like Moonwalkers contribute very little to the discussion, and ultimately makes a mockery of people’s apprehension and distrust of authority.