Made in 2000, the Gladiator is a thrilling historical drama movie. The film features some iconic figures, such as Ridley Scott, who directs the film. Also, there’s literature works done by John Logan, William Nicholson, and David Franzoni. The cast crew of the movie includes:

The movie is based on historical figures, and it takes place in 180 AD. Led by general Maximus, the Roman forces defeated the Germanic tribes. This eventually makes the Roman Empire peaceful. However, Marcus Aurelius(the EmperorEmperor) asks Maximus to succeed when he dies. When Commodus (Marcus’s arrogant son) learns about this, he kills his father and becomes the EmperorEmperor. He then orders the assassination of Maximus along with his family. Maximus escapes to Spain, where he discovers his wife was killed and his house burnt.

In the end, there is a combat between Maximus and Commodus where Commodus is killed. Maximus also dies after ordering the reinstatement of the republican rule and Senator Gracchus.

If you loved this film, here are some of the movies that are similar to it that you will love. 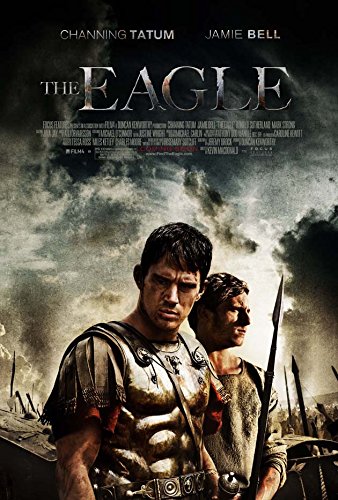 This 2011 film had its setting in Roman Britain. The epic historical drama film was produced by Duncan Kenworthy and directed by MacDonald Kevin. The film gives a story of a young man seeking to retrieve his father’s Roman Eagle standard lost. The story is found on the presumed disappearance of the Ninth Spanish legion in Britain.

The young Roman centurion, Marcus Aquila, decides to serve as a garrison commander in Roman Britain in the hope of retrieving the eagle standard that had disappeared with his father. The drive to redeem the honor of his family lost by the disappearance of his father, who was the senior centurion of the ninth and the eagle standard of the ill-fated legion, made him serve Britain with bravery.

The garrison escapes being overrun in a local revolution by the Celtic tribe because of Marcus’s decisiveness and alertness which attracted honor. Later, due to his leg injury, he was discharged from the force.

The film is similar to Gladiator in many forms, such as the Roman setting, the historical basis, and the plot where an individual sets out to retrieve a lost inheritance.

The films main cast include:

The film’s budget and general cost to make totaled $25 million. It grossed $18.5 million in other areas and $19.5 in Canada and the U.S, totaling a box office of $38million. 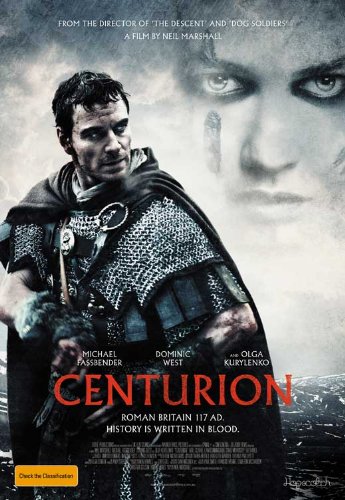 Produced in 2010, it is an action-war film with a historical basis. The film was produced by Colson Christian and Jones Robert and directed by Marshall Neil. It was a story of the early second century in Caledonia when the Ninth Legion of the Roman empire disappeared. There was a standstill in the North when the Roman Empire could not conquer Britain completely. This led to Guerilla warfare between the Picts and the Romans. The entire garrison was killed by the Picts soldiers, who Vortix led.

The film is similar to Gladiator in first based on film sets as both have a Roman setting. Both Gladiator and Centurion are historical, with an aspect of the empires conquering each other through wars.

The cast crew include:

The film’s budget totaled $12 million with a gross box office revenue of $8.168million. 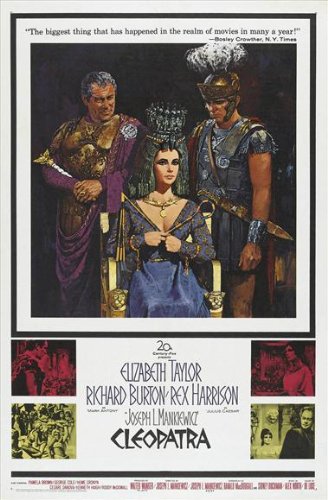 Directed by Mankiewicz Joseph, the film was produced in 1963 based on a story by Franzero Carlo called Life and Times of Cleopatra. It is a historical drama film produced by Wanger Walter. It gives a historical record of a young Queen of Egypt called Cleopatra and her struggles to counter the royal intentions of Rome.

This movie is similar to Gladiator in terms of historical setting based on a book story. They are also similar in the sense that both have a royal background with the Roman empire.

The film’s total budget was $31.1million and a gross box office of $57.8million in Canada and the U.S, and $40.3 in the rest of the world. In addition, theIn addition, the movie received many awards and nominations like the 36th Academy Awards. 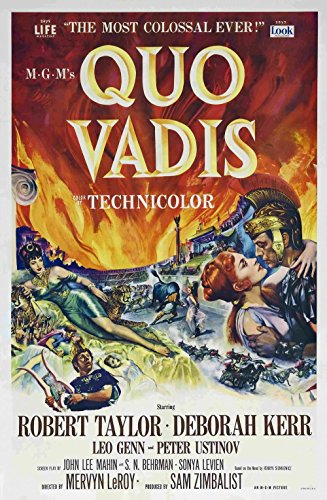 Translated to ‘where are you going,’ Quo Vadis is a Latin movie produced in 1951. It was produced by Zimbalist Sam and directed by LeRoy Mervyn as an epic historical drama movie. It is based on a story by a Polish writer Sienkiewicz Henryk ‘Quo Vadis’ 1886.

See also  ‘Tron: Legacy’ is without a doubt the cinematic experience of the year

An ancient Rome setting between AD 64-84 tells the story of the last years of the reigning EmperorEmperor Nero. During the last years of the Julio-Claudian line, there was a conflict between Christianity and the Roman Empire. Christians were being persecuted at this time. Rome’s peaceful social order was destroyed by Emperor Nero Claudia’s destructive and corrupt behavior.

Though it did not win any, it was nominated for eight Academy Awards. This film is similar to Gladiator in the setting, storyline, genre, and historical basis. They both relate to the historical happening in Rome with the Roman Empire conflicting with other groups like, in this case, Christianity.

The movie had a budget of $7.6million and a gross box office of $21million. 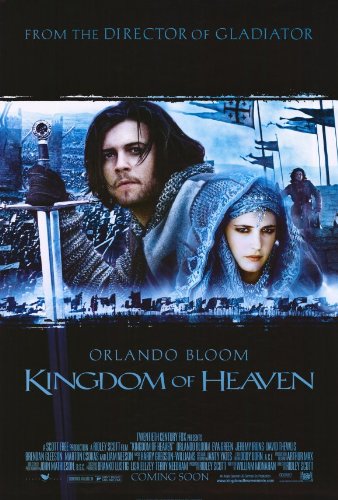 It was directed by Ridley Scott in 2005, 5 years after producing Gladiator. The story by Monahan William has its setting in the 12th century during the crusades. Being aided by a French village blacksmith, the kingdom of Jerusalem was in battle with Ayyub Muslim Sultan. Saladin, the Muslim Sultan, was fighting to reclaim the city from the Christians leading to the battle of Hattin.

Both the movie and Gladiator are epic historical dramas telling stories about what happened in the earlier centuries. They both involve one group fighting another to reclaim lost property.

The film has a budget totaling $130 million and a total box office of $218.1million. 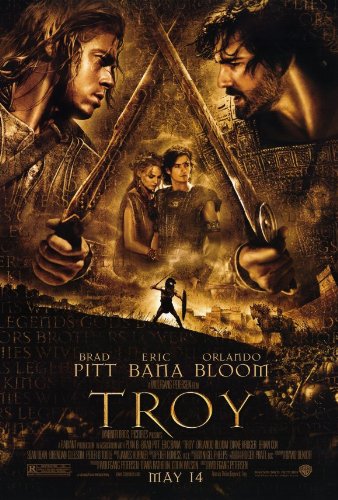 This epic historical war film of 2004 was written by Benioff David and directed by Petersen Wolfgang. The narration of the entire story is loosely founded on Homer’s epic. It tells the story of the Trojan war that lasted for a decade. Along with the rest of the Greek army, Achilles led the Myrmidons to invade the historical city of Troy, which hector Trojan soldiers defended.

In 2004 the film was the 8th highest-grossing film nominated by Academy Awards as the 77best costume design. The film is similar to Gladiator in terms of the historical setting, and they both involve invasion and wars among different armies and territories.

The movie had $175million and a worldwide box office revenue of $497.4million. It was ranked the 60th highest-grossing film. 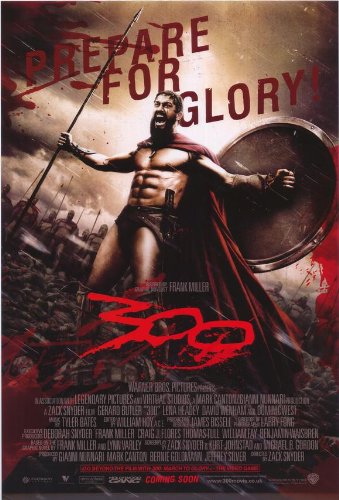 The epic period action film was released in the United States in 2007. It was founded on the cosmic series of 1998 by Varley Lynn and Miller Frank. The story is about the 300 spartans led in battle by King Leonidas against the 300,000 Persian soldiers led by Xerxes. Quen Gorgo attempted to reassemble support as the battle raged for his husband.

The film is similar to Gladiator in its historical setting, giving a story relating to a historical event. It is also based on battles between armies, just like the Gladiator.

The film’s budget was estimated to be between$60-65 million, and the gross box office revenue of $456.1million. 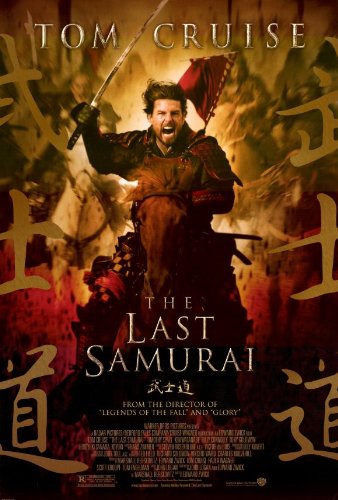 This American period action drama film was released in the United States in 2003. It was co-produced and directed by Zwick Edward. The former army captain Algren Nathan accepts to train the new Imperial Japanese army. The 7th cavalry regiment was bitter, but the actions he committed during the American Indian wars. Following the Meiji Restoration in Japan in the 19th century, Algren Nathan contacted the Samurai warriors because of his emotional and personal conflicts.

The film is based on the Satsuma rebellion against westernization in 1877, and this is where it becomes similar to Gladiator; they both have a historical basis involving rebellion and wars.

The movie had a budget of $140 million and a gross total box office of $456million. The film was nominated for several awards, including two national board of review awards, four academy awards, and three golden globe awards. 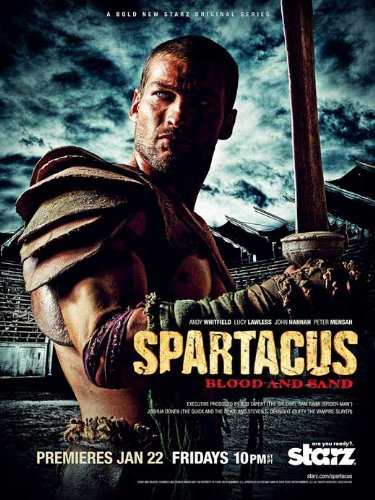 Produced in Newzealand, the American Television series was produced in 2010 and ended in 2013. The series was produced by Taper Robert and DeKnight Steven. Its plot rotates around a slave who leads a rebellion against the Roman empire. The hero slave finds himself trapped at all fronts, and things don’t go as planned.

They are also similar in the sense that both films relate to rebellion against the Roman government. They both involve vengeance and gladiators and slaves. 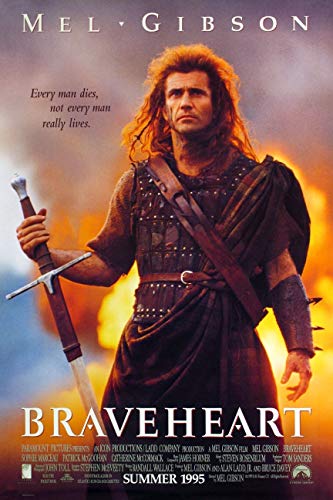 Produced and directed by Gibson Mel, the epic historical fiction war film was released in 1995. The story was based on a story by Blind Harry The Wallace. It narrates the story of a wonderful couple. An English soldier murders the bride, and the groom William leads a rebellion against the king to avenge her execution.

The movie is similar to Gladiator in terms of the plot. Both stories involve a revolution being made to avenge the killing of someone.

The movie won five Academy Awards and was nominated for ten. The film had an estimated $65-70 million budget and a gross box office revenue of $213,2million. 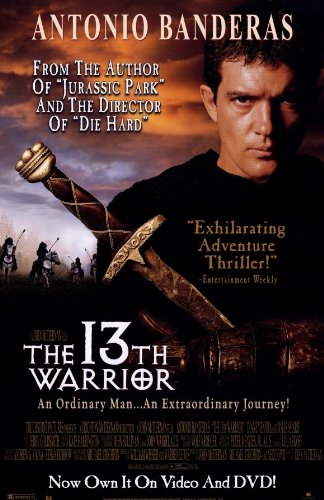 It a historical fiction action movie based on Eaters of the dead by Crichton Michael. Directed and produced by McTiernan John, it was released in 1999. It is a story of a man falling for the wrong woman, and for this reason, he is exiled by the Sultan to the Volga buglers on a diplomatic mission as an ambassador. He then takes refuge on the Volga river after being saved by the Norsemen from the Tar raider.

This would be an epic movie if you loved Gladiator, for it has almost a similar setting. Ahmed is sent to exile for loving a woman the same way Maximus becomes a slave for accepting Marcus in the Gladiator. 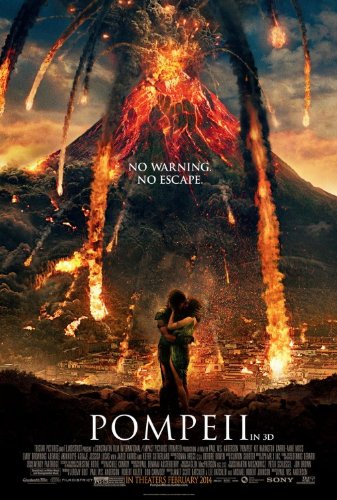 The movie is similar to Gladiator in terms of the film’s setting and a little bit of the plot.

The movie had a budget of around $80-100million and a box office revenue amounting to $117.8million. 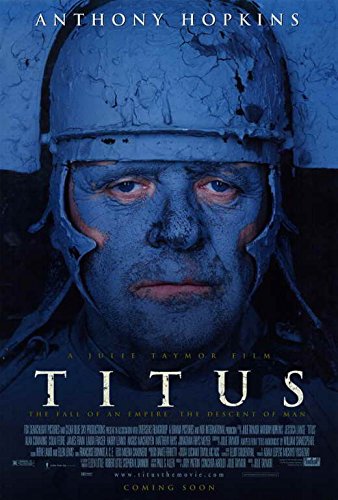 The film was released in 1999, written by Airoldi Conchida, produced by Patton Jody, and directed by Taymor Jullie. It is a William Shakespeare revenge story revolving around the fall of a Roman General. The vicious general returns to Rome after winning a war and turns the city into a battlefield.

The screenplay is similar to Gladiator as they both have a setting in Rome and are based on a revenge mission.

The budget of the film was $18million and a revenue box office of $2.92million. 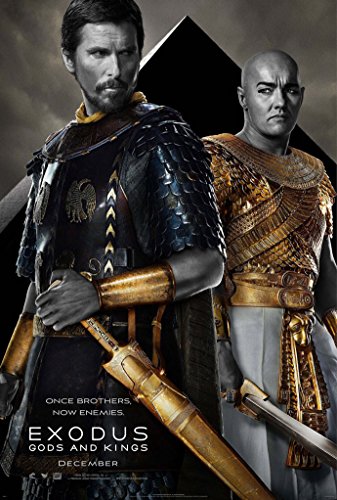 The 2014 movie is a biblical story written by Cooper Adam, Caine Jeffrey and produced and directed by Scott Ridley. It is based on the biblical story of when Moses led the Israelites out of Egypt. The movie emphasizes the emotional gap between Rameses ii and Moses, divided by religion and history.

This film and Gladiator are similar in a historical setting and directed by the same director, Scott Ridley. 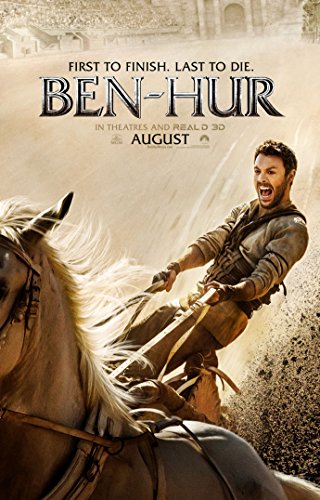 The film was produced by Zimbalist Sam and directed by Wyler William. It was first released in 1959. It narrates the story of a jew living in Judaea called Ben Hur who suffers the anger of a childhood friend who at the moment had become a roman tribune. He is forced to watch the brutal oppression of his family even after being forced into slavery. He survives all that but holding on to the strife for vengeance.

This is one of the most acclaimed epic historical drama films. The movie was successful and won several awards, including eleven Academy Awards. The film is similar to Gladiator as it tells a story of betrayal, vengeance, and being forced into slavery by people who were once friends.