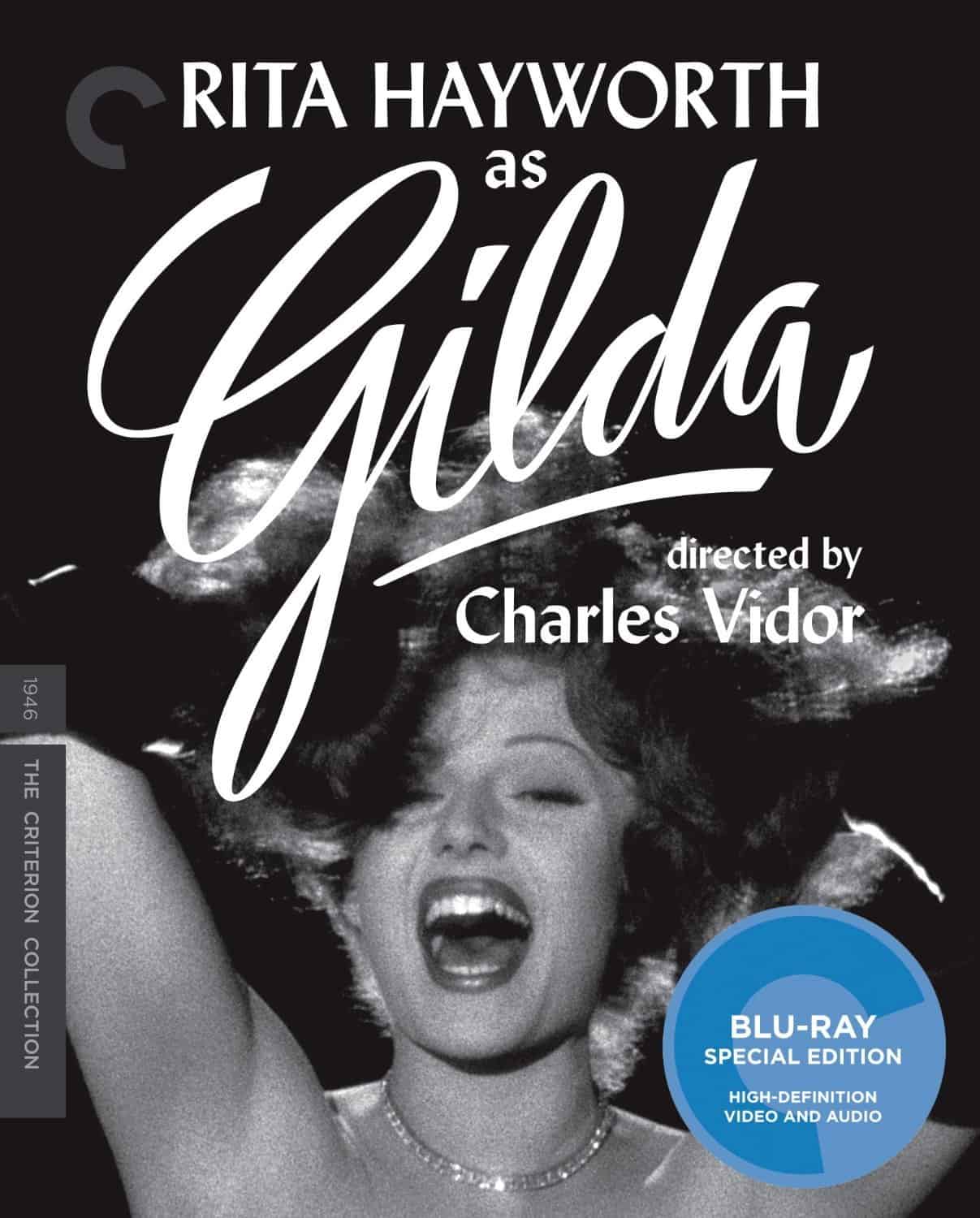 There are a number of memorable moments in the 1946 classic Gilda, a post-war noir hybrid of gangster film and romance and one of finest showcases for a female star to ever emerge from the studio system. In looking at the movie again, this time in the form of a gorgeous new restoration courtesy of the UCLA Film and Television Archive and now available on Blu-ray from the Criterion Collection, there is undeniably a great deal to appreciate in these singular scenes and shots, particularly in terms of visuals and performances. While the ultimate composite of the picture may not coalesce into a clearly practical resolution, with much left unanswered and uncertain, the whole of these individual parts certainly makes up for the lack of a solidified sum. Set amidst the paradoxically down and dirty yet high class milieu of Argentina’s illegal gambling trade, Gilda is a curious film to come out of Hollywood at the time. As film noir historian Eddie Muller notes in his Criterion interview, the movie is a complex work boiling over with a perverse strangeness and audacious psychosexual insinuations. 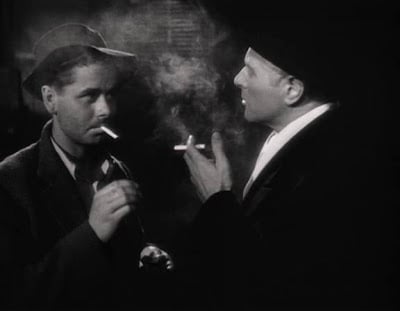 Glenn Ford is Johnny Farrell, a low-rent gambler—he is smart, smooth, and skilled. He surfaces from the seedy Argentine underbelly shooting craps in the shadows and smoke of the societal fringe. He is saved from an attack one evening by the wealthy Ballin Mundson (George Macready)—he is stern, cruel, and likely dangerous, and about to become Farrell’s employer, and possibly more. Aware of Johnny’s gambling, in particular his proficient knack for cheating, Ballin invites the stranger to a casino, but warns him against using any of his dishonest trickery. Lo and behold, Johnny shows up, does indeed cheat, and is sure enough confronted by the owner of the venue, who is, of course, Ballin. Though an oddly roundabout way to become associates, an association nevertheless begins.

Both men take pride in their capacity for making their own luck, though via differing methods, for differing reasons, and with differing results. Johnny has his (warranted) doubts about this strange new benefactor (why was he roaming around that evening anyway?), but as both share this penchant for making sure the odds are always in their favor, there is much to be gained from a mutually beneficial collaboration. Even dressed to the nines as Ballin’s casino manager, Farrell does not convincingly fit the part, at least not at first; it is clear he is out of his element, that this is not the type of gambling establishment he is used to, and he soon discovers Ballin’s shady dealings roam into a realm beyond the blackjack tables and roulette wheels. As unusual a scheme as it sounds, he is conspiring with an international cartel to monopolize tungsten stock. A few sinister German fellows, presumably leftover Nazis, pop in and out of the picture lending Ballin’s organization global implications, which, quite frankly, do not much matter in terms of the film’s primary focus anyway. 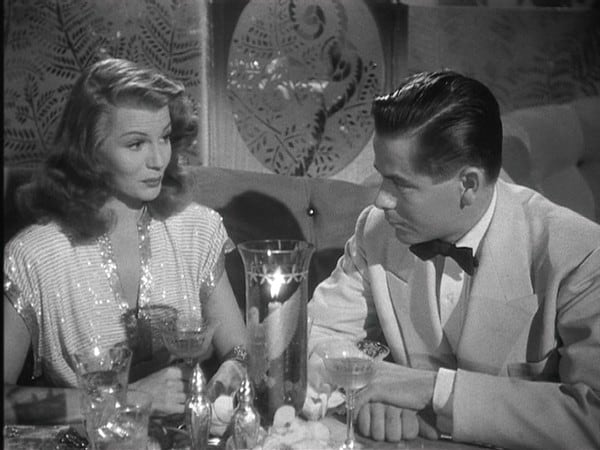 Regardless, all is going rather well until Ballin introduces his new bride, Gilda (Rita Hayworth)—she is sly, knowing, and seductive, and as enchanting to those in the movie as she is to those watching it. She and Johnny flinch at a barely concealed prior relationship, and its upsetting existence takes the form of a scorned love masquerading as newly acquainted animosity. Though Ballin is quickly wise to their past, he does not seem to grasp the extent of their acrimonious separation, which is fitting, for neither do we have a full and firm understanding on what their life was like together and what caused it to so bitterly dissipate.

So here they are, all three “with no pasts,” as Ballin says at one point. But if there is one thing as dangerous in a film noir as someone with a checkered past it is someone who claims to have no past whatsoever.

There is a persistently intentional antagonism between Johnny, Ballin, and Gilda, with each putting the others to the test at every turn. Even when there is the suggestion of earnest conviction—as when Ballin entrusts Johnny with the combination to his safe—such are the pervasive themes of double dealing and secrets and lies that one cannot help but wonder why, and how is it really going to work against, rather than for, all involved. It becomes no secret that Ballin essentially purchased Johnny and Gilda, something he proudly admits and something they likewise seem to accept, so the film sits anxiously on the unsteady three-way allegiance and the deceitful perception of protection and respect.

Adding to the notion that neither of the three are wholly sincere in their ambitions is the repeated refrain of hate. In a Turner Classic Movies essay by Felicia Feaster and John Miller, Gilda is even described as a “hate story.” Indeed, the word “hate” is bandied about by each of the three on numerous occasions: “Hate can be an exciting emotion. Haven’t you noticed that? There is a heat in it one can feel … Hate is the only thing that has ever warmed me.”; “I hated her so, I couldn’t get her out of my mind.”; “Would it interest you to know how much I hate you, Johnny?”; and so on. Motivations are also questionable—who does Johnny really care about, for example, Ballin or Gilda, and who really cares for him?

Not surprisingly then, this charade can only go on for so long. Ballin, for one, sees a way out, the result of which takes things from bad to worse for a time, then seemingly better; and even that is debatable. If there’s any redemptive theme running throughout the film, it’s the unexpected loyalty in the strangest of places, acted out at the strangest of ways, from Johnny and his own curious commitment to Ballin, to the butler, Uncle Pio (Steven Geray), who is always around, seems to know the score better than anyone, and stalwartly appears at just the right time. 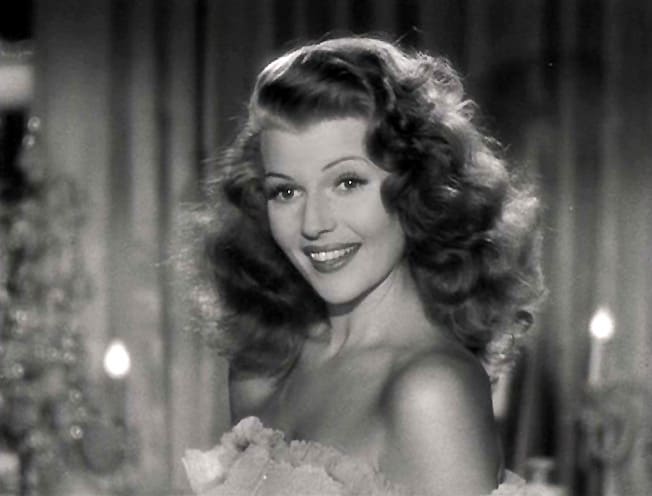 Fresh off a four-year stint in the military, Ford may be playing the protagonist of Gilda, as evidenced by his authoritatively reflexive noir voiceover and his greater screen time, but as soon as those legendary lines are heard—”Gilda, are you decent?” Then, with her stunning face and magnificent head of hair whipping into the frame, “Me?”—the film quickly and permanently becomes Hayworth’s movie. As Martin Scorsese notes in an interview included on the Criterion Blu-ray (Baz Luhrmann also appears, giving his passionate take on the film), Gilda is a provocative mixture of “innocence and experience, power and vulnerability.” Her progressive defiance and impudence makes a striking impression, no matter how frustrating it may be to those who hopelessly try to constrict her; and with her in the picture, the already muddied moral waters are clouded ever more. At the same time, she sparkles, not just in what she wears (celebrated Jean Louis gowns), but dazzling from the neck up. It’s little wonder this is Hayworth’s most iconic role, even if it did adversely affect her love life: “Every man I’ve known has fallen in love with Gilda,” she once pointed out, “and awakened with me.” 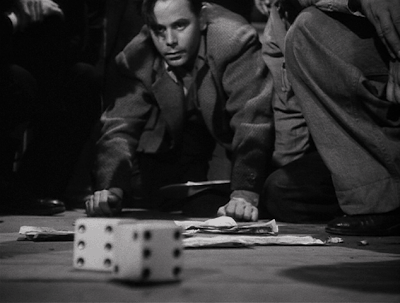 From its fabulous low angle opening shot to Hayworth’s famous introduction to her equally memorable “Put the Blame on Mame” number (actually sung by Anita Ellis), Gilda is a visual delight, which is a plus given that most of the action takes place in one of two primary settings, Ballin’s large mansion or his casino. While both locations are elaborate enough, particularly the casino with the sights and sounds of its hustle and bustle, there is rarely much camera movement or room to breathe. Instead, the restrictive locations yield a strong sense of confinement, appropriately so as all three main characters seem to be stuck in their present predicament, inevitably bumping into one another in hostile confrontations. With much of the film set indoors, there is an abundance of artificial light. But when things need to get dark—for visual, tonal, or narrative purposes—certain shots can get plenty dark. See, for instance, the scene in Gilda’s bedroom when Ballin divulges his awareness of her past with Johnny, or when Johnny begins to leave the Mundson residence one evening and Ballin is entirely darkened in a sinister silhouette. Directed by Charles Vidor, whose films are more famous than he is, Gilda emanates the deep blacks and rich whites of exemplary film noir photography, here by five-time Oscar nominee Rudolph Maté, who had just helmed the camera on Cover Girl in 1944, also directed by Vidor and also starring Hayworth (and also written by Gilda producer Virginia Van Upp). 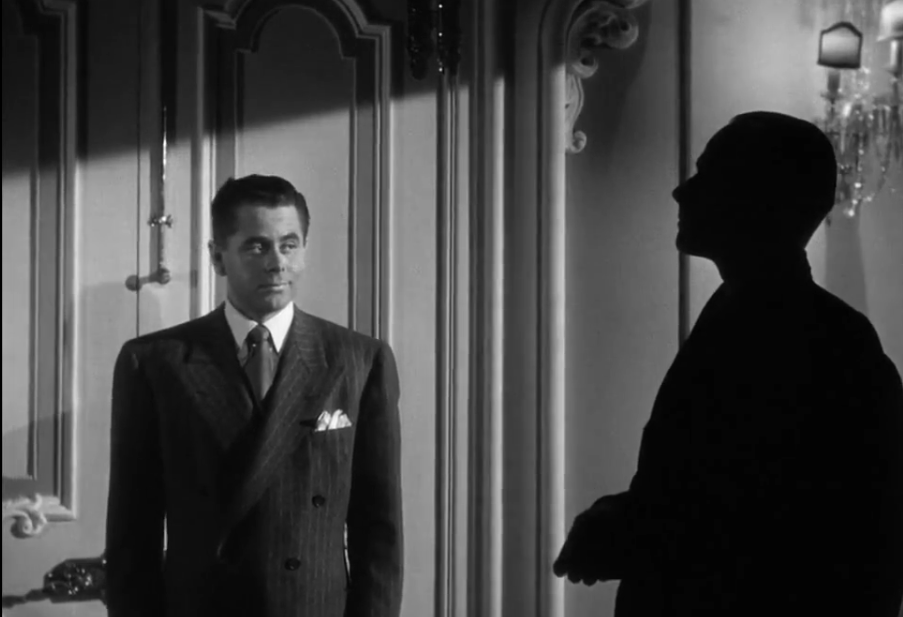 With its vaguely indistinct locale, rife with exoticism and danger, as well as its suggestive plot points and visual signifiers, Gilda is a remarkably subversive film, one where the characters and their behaviors don’t tidy up nicely into an entirely satisfying conclusion, at least by any emotionally uplifting standpoint. The ending, writes Sheila O’Malley in her essay accompanying the disc, “leaves an uneasy impression, similar to the final scene in Notorious. In neither ending does it feel like ‘love has triumphed.’ It’s more like a criminal getaway.” That confusion, she states, “so rich, so tormented, so surreal and true, is a huge part of Gilda’s fascination, its enduring draw.”