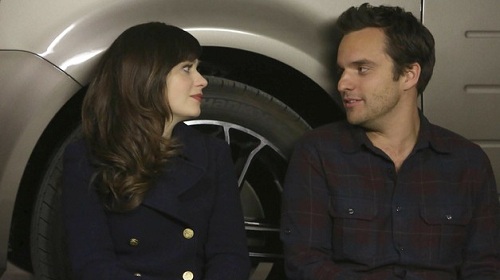 Back in January, Zooey Deschanel tweeted a photo of a bunch of cats on a car and in this week’s New Girl we finally get to see the furry stars in action as the roommates argue over who should get the Parking Spot.

The episode seems to be driven by an available parking spot but really it is about the awkwardness and sexual tension that Nick and Jess share. Their screen time alone is somewhat disappointing in this episode. When they attempt to ‘out weird’ each other by the lift, it feels uncomfortable and not in a funny way. Somehow the decision comes down to Nick. This leads to an amusing all-bets-are-off competition between the trio to see who can get their car to the spot first. While the mad dash offers a few silly, physical comedy bits, this episode isn’t all that funny, sadly.

The storyline does become a platform for Nick and Jess to clear the air though. Typically, Nick blows up and says something that makes it worse and then runs after Jess to confess that the No-Nail Oath was made because he wouldn’t be able to help himself. This confession provokes an interesting reaction from Jess and the two share yet another moment that leaves the audience lingering again. It lasts for literally a second and is intense, something New Girl seems to be perfecting. The chemistry Deschanel and Jake Johnson share is brilliant, but I fear the show may try to become more serious than funny and it hasn’t been on the air long enough for that yet.

Brenda Song makes another appearance this week, as Winston fails to meet his “sex window” with Daisy. In a mission to find a condom, this  B story isn’t as great as the previous two and doesn’t really add much to this storyline with Daisy; hopefully this relationship won’t go down the same route as Winston and Shelby’s. The “Yum” sweatpants are a great touch though.

With two episodes left this season, it will be interesting to see if the writers leave Nick and Jess’s relationship open for a third season. Will they go all the way? 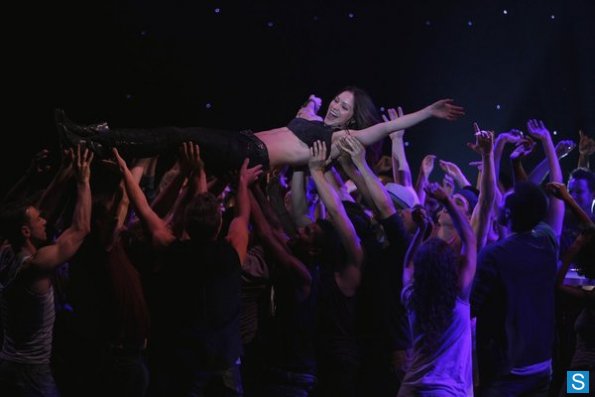 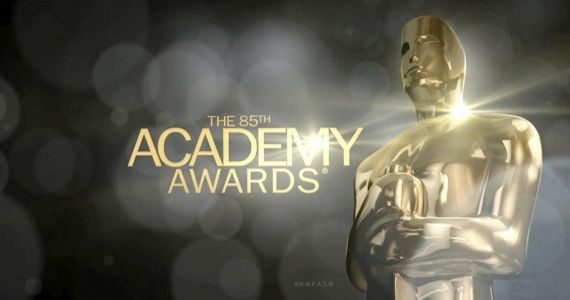