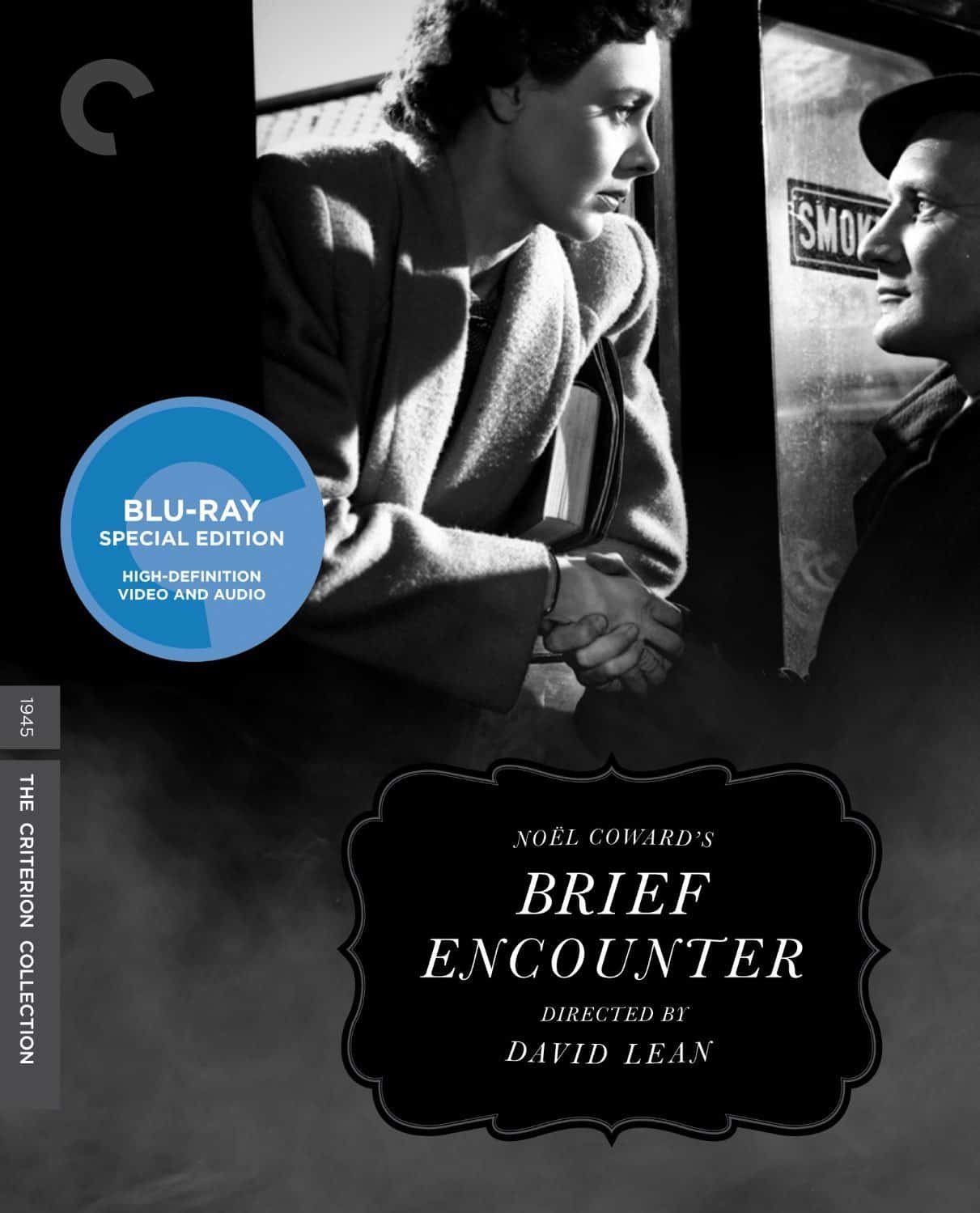 Twelve years before David Lean took his esteemed brand of filmmaking to an epic scale with a string of movies notable for their sense of grandeur (among other laudable features), he was operating on a less spectacularly sweeping cinematic plane. Chief among these earlier titles is Brief Encounter (1945), Lean’s fourth film as director, which is not only one of his finest, but in its restrained, poignant sensitivity, it gives his lavish super-productions a run for their emotive money.

An accomplished editor since the early 1930s, Lean and the famed artist-of-all-trades Noël Coward had collaborated previously on In Which We Serve (1942), which then led to This Happy Breed, an unsung British masterpiece from 1944, and Blithe Spirit (1945). Based on Coward’s “Still Life,” a one-act play Lean actually didn’t care for, Brief Encounter was next for the duo. While his actual work on the screenplay is debatable, Coward more than Lean at the time was the name to know and accordingly gets his name above the title. 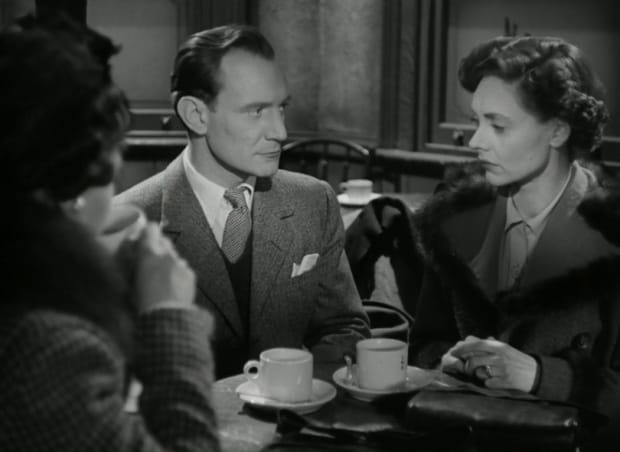 Brief Encounter tells the fleeting tale of a short-lived affair between Laura Jesson (Celia Johnson) and Dr. Alec Harvey (Trevor Howard in his first starring role). Both characters are kind, courteous, decent, and married—to other people. And both are hopelessly in love—with each other. Their affair is an intensely intimate one; not necessarily in the physical sense, but in the way their surroundings fade as their concerns, and the film itself, forgo all else around them for the sake of their momentary though passionate connection. With spotlight effects from the great cinematographer Robert Krasker, Lean arranges scenes to shift focus from the environment that frames the drama and to hone in with a tender concentration on these two and these two alone (in a larger, national sense, Brief Encounter even seems to omit its wartime setting). This sort of dissipating of background features—people, places, sounds, etc.—is utilized from the start, as Laura and Alec carry on their evidently wrenching conversation despite bickering at the nearby bar and the horns and rumbles of trains passing by their station refreshment room (“[A] Lean film is incomplete without a locomotive,” notes scholar Kevin Brownlow).

This is where their affair begins, and this is where it ends. When a friend happens into their deliberate privacy, it is a painful intrusion, but one they can do nothing about. Though they are obviously annoyed, Laura and Alec retain their manners and uphold social protocol. This properness and decency in the face of adultery, a composure they maintain throughout the film, allows the two to quickly, and permanently, obtain our sympathies.

As we see in flashback, there is nothing special or exotic about their first meeting in this same train station. It was simply a matter of chance that brings them together—some grit gets blown into Laura’s eye and Alec is the doctor in the house. And it is pure happenstance that continues to align their paths. There isn’t even an instant passion; Laura at one point says she didn’t think twice about their initial introduction. Befitting the film’s overall sense of solemnity and calm, the infatuation of Brief Encounter itself proceeds slowly, thoughtfully yet unavoidably. 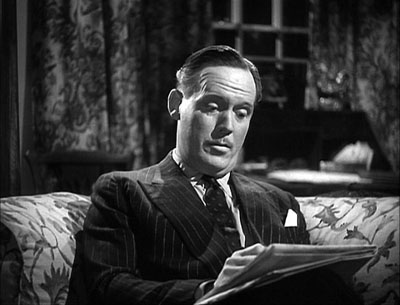 Lean and Coward continually stress that Laura’s life is not unpleasant. She resides in a loving domestic position, albeit one rather routine and perhaps a bit bland. It is a life of comfort, to be sure; a life of sewing and crossword puzzles. She and her husband, Fred (Cyril Raymond), are happily married, or at least they were—it’s hard to imagine Laura coming back from such a life-altering experience as this fervent affair. But with children and a loving spouse, she admits her world seemed enough. After an early, and again chance, meeting with Alec, she even tells Fred she had lunch with the stranger, to which he responds with indifference. Is it carelessness, disinterest bred from a complacent trust, or simply distraction? Are one of these three reactions, or all of them, partially to blame for her illicit actions? Everything about their marriage seems so agreeable, and Laura is such an upstanding woman, that we—with her (sympathetically, not judgmentally)—struggle to make sense of her decisions.

Laura’s voiceover narration (which is sometimes a direct play-by-play) is an imagined recounting of events to her husband. As she recalls, there is nothing exciting about the blossoming love between she and Alec, something they both constantly remark upon. In his essay accompanying the new Criterion Collection Blu-ray of Brief Encounter, Brownlow notes that partially for this very reason Lean considered the film the “riskiest thing I ever did.” “He was afraid the film would turn out to be little more than a women’s magazine trifle,” writes Brownlow. In Lean’s words, “There were no big stars …The main love story had an unhappy ending. The film was played in unglamorous surroundings. And the three leading characters were approaching middle age. A few years ago, that would have been a recipe for box-office disaster.” “They are not ‘movie people,’” adds Adrian Turner, “and the world they live in is resolutely ordinary.” 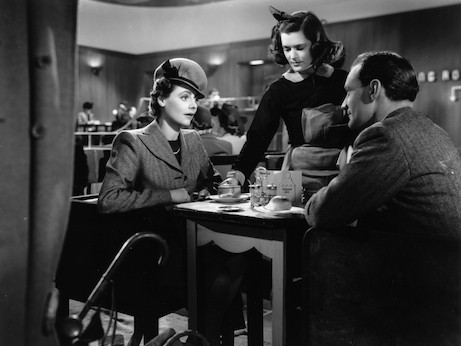 But from this banality emerges instant, immense charm. There is nothing the least bit lurid about their rendezvous. It just happens. She is hesitant at first and tries to resist the temptation, while he is more assured and somewhat more insistent. In either case, there is an open warmth between the two, which is why their relationship is so enticing and why the viewer is so engaged. To achieve this degree of empathetic association, Howard and especially Johnson are necessarily superb. Their performances are so powerful, so subtle, and so moving, no matter what they’re talking about, what they do, or what one may think about their situation.

There is a time when Laura allows herself the fantasy of a fairy tale life with Alec, but the film is generally – refreshingly – more grounded than that, and soon it’s back to reality. As opposed to the external forces that hinder most cinematic romances, in a way, it is their own happiness that wears them down; more specifically, it is their resounding guilt for being so amorously elated. Their conscious seeps in and the unspoken risks are no longer unavoidable, nor are they permissive. Alas, while it may have been a true love, it is a doomed love. As the consequences of her actions and emotions begin to penetrate her soul, Laura’s grating regret is less about what she does than how she feels, which is appropriate given the film’s pronounced internal struggle. There are precious few romances that attain this degree of emotional resonance on such a familiar level. 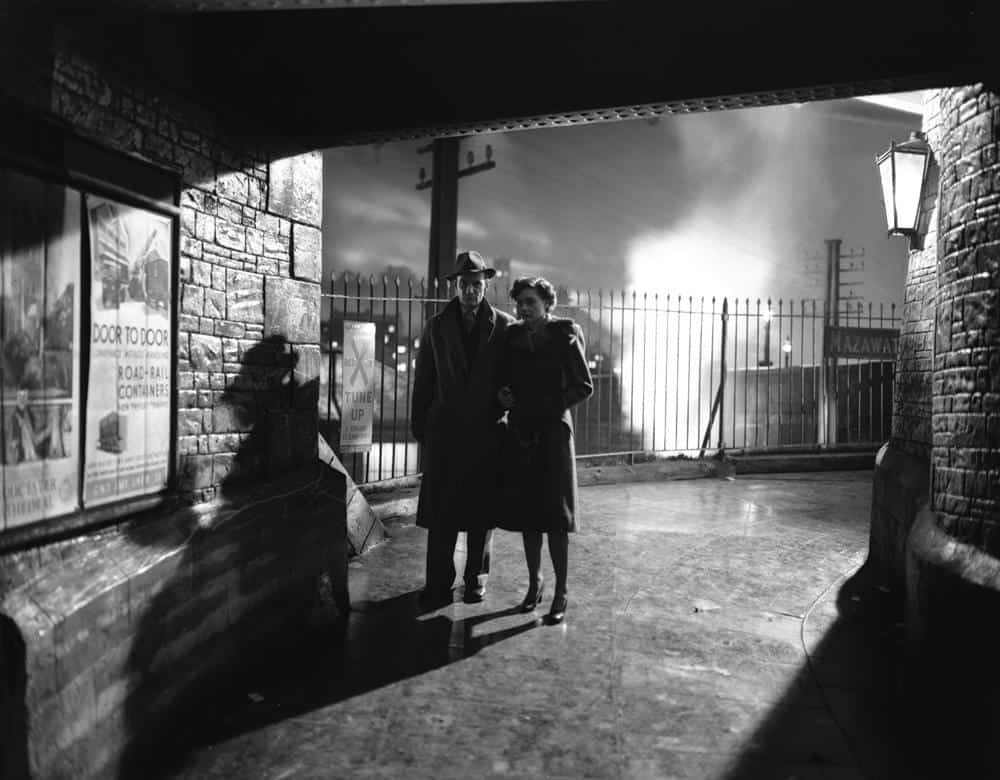 In accordance with Lean’s knack for composition, Krasker’s cinematography is gorgeous, even if what we see seldom is. And while the settings are limited and oftentimes restricted, just as the film’s story is about the beauty of ordinary life, Lean’s visual strategy hinges on the depiction of the everyday. The rich photography, the fateful sense of tragedy, and the past-tense voice-over tinged with regret frequently illuminate this romantic film in the shades of noir

Having seen the stages of their relationship play out, the final emotional thrust of Brief Encounter is the devastation of no proper goodbye. With her friend at their table (incessantly chatting in cruel though unintentional mockery of Laura’s desire to express so much), Alec simply places his hand on Laura’s shoulder and gently squeezes down. Then he leaves to catch his train and to travel forever out of her life. It is as unassuming a farewell as their entire relationship has been. While their painful parting was implied at the start, when the scene is repeated at the conclusion of the film, and we now know the full extent of the despair, the realization is agonizing. “I hardly knew him at all really,” Laura says in voice-over. And it’s true. This was indeed a very brief encounter, but it is one Laura and Alec will remember forever, and this is a film that similarly lingers long after its conclusion.