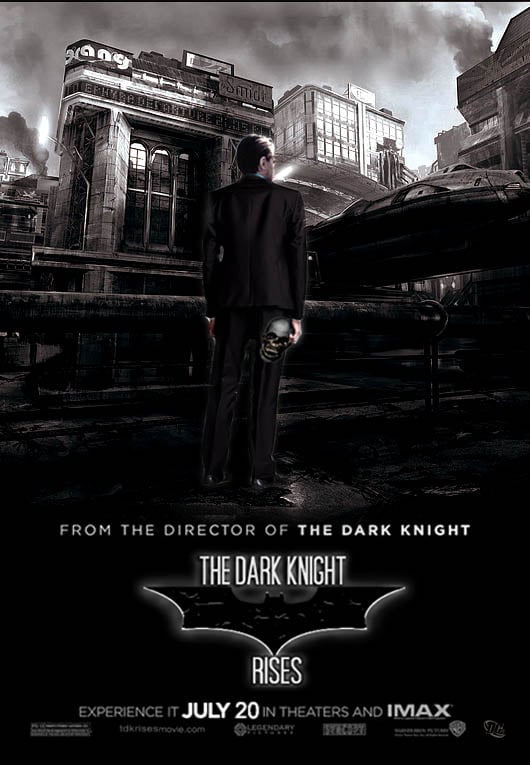 Christopher Nolan is doing the press rounds one more time before the blu-ray/DVD release of Inception and also before he begins filming The Dark Knight Rises. In an interview with EW, Nolan called The Dark Knight Rises “the last chapter of our Batman saga.” Nolan admitted that he in some ways finds more enjoyment in working within the realm and rules of the Batman world where as he feels it would be daunting to sit down and write another original script for an Inception sequel. After the world wide success of Inception (over $820 million worldwide) Warner Bros is allowing the director more freedom to the point where he seems to have creative control over his projects. While Nolan flirted with the idea of creating a sequel to Inception, he responded in saying “Maybe? But there will be a videogame: “I always imagined Inception to be a world where a lot of other stories could take place,” says Nolan. “At the moment, the only direction we’re channeling that is by developing a videogame set in the world.”

The director didn’t elaborate on details or time table, but did state he was developing the game with a team of collaborators and that it was “a longer-term proposition.” He calls the medium of videogames “something I’ve wanted to explore” — and certainly a veritable massive multiplayer online role playing game (as imagined by Carl Jung) would seem to be a perfect for the interactive, non-linear dream world of Inception. “As for [movie] sequels,” he says, “it’s not something I want to say no to, but it’s not something I’ve given a lot of thought about.”