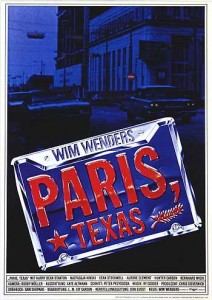 In 1977, amongst works by Beethoven, Chuck Berry and examples of indigenous music from around the world, Blind Willie Johnson’s mournful blues work, “Dark Was the Night, Cold Was the Ground” was shot into space as part of the Voyager Golden Record. Launched from the Voyager spacecraft, the collection of music, sounds and images etched into the records were intended on giving intelligent life forms, be they extraterrestrial or future humans who have mastered deep space travel, an impression of life on earth at the time. One of the researchers responsible for compiling the record’s material, Carl Sagan, explained that Johnson’s stark slide guitar number was included because “[it] concerns a situation [Johnson] faced many times, nightfall with no place to sleep. Since humans appeared on Earth, the shroud of night has yet to fall without touching a man or woman in the same plight.” It was the only musical work included on the Voyager Golden Record that was chosen specifically for its conveyance of human suffering.

The song found itself in vast space once again, this time that of the arid, American Southwest landscape showcased in Wim Wenders 1984 film, Paris, Texas. Opening with a man named Travis (Harry Dean Stanton) who is discovered mute and disheveled in appearance on the Mexican border, the film concerns itself with the role of the family man in America, the resolution of one’s past and self-imposed alienation. Having been missing for four years and presumed dead by his family, lonesome wanderer Travis attempts to reconnect with his 8-year-old son (who has been in Travis’ brother’s care), and track down his wife who has also been missing for some time. It is Travis’ hope that he may reunite his family and settle on a patch of land he has purchased in Paris, Texas, allegedly the place of his conception. For the film’s score, Wenders enlisted the virtuosic American guitarist Ry Cooder, who had previously worked with artists such as The Rolling Stones, Captain Beefheart and Randy Newman. Known particularly for his skill as a slide guitarist, Cooder’s score for Paris, Texas utilizes this technique and is essentially a series of variations on Johnson’s “Dark Was the Night, Cold Was the Ground” (a full version of Cooder’s interpretation of the song appears on the soundtrack release).  In interviews Cooder has openly acknowledged the song’s inspiration on his work in Paris, Texas, describing it as “the most soulful, transcendent piece in all American music.” (On a side note, Wenders explored the music of Johnson in Soul of a Man, his contribution to the seven-part television series of 2003, The Blues.)

By using “Dark Was the Night…” as a blueprint for the score, Cooder effectively accompanied the film in several ways. Travis is a deeply troubled individual who appears to be always on the move, running from a past that haunts him. Though we learn it is largely self-inflicted, his predicament is still troubling to watch and in using a style of music (blues) associated with human suffering, the film is able to garner further pathos from the audience.

Cooder’s slide score also fits so well within Paris, Texas due to its blues sound being implicitly American, and his overall composition could be construed as a musical rendering of the geography showcased in the film: full of space, dips and peaks, and seemingly endless. One of the stars of the film is indeed Robby Müller’s unique cinematography, which draws out the diverse beauty of the West’s terrain through the high contrast colouring of his images. Removed from the film these evocative stills of the Texan wilderness and its dilapidated rural towns comprised of diners, old billboards and seedy motels are the stuff of Americana-enthusiasts’ wet dreams. Coupled with Cooder’s score and you’ve got yourself quite the alluring audiovisual postcard of the American South West. The only divergence in style the score makes is when Travis is shown on screen being reminded of, or reminiscing about, his past as a family man. In these instances Cooder performs an arrangement of an old Mexican song called “Cancion Mixteca” by José López Alavéz. The soft, slightly melancholic waltz of the song hints at nostalgia and fond memories, adding a sense of poignancy, particularly in a scene in which Travis watches old Super-8 films of himself and his family in happier times. However, the lyrics to the song point to a sentiment seeped in sadness.  Though only Cooder’s instrumental of the song appears within the film, the Paris, Texas soundtrack release includes a version with vocals by Harry Dean Stanton in Spanish. The lyrics are some of the most sorrowful you may ever hear (or read) and say much of Travis’ unsettled existence, acting as a summation of his conflicted, restless character.

(How far I am from the land where I was born!
Immense sadness fills my thoughts,
I see myself so alone and so sad like a leaf in the wind,
I would like to cry, I would like to die from the feeling)