The 1980’s were inarguably a “golden era” for the subgenre of monster horror flicks. This decade saw a variety of brave experiments on the silver screen involving ghoulies and ghosts, as well as some amazing plotlines. Here are five films from the era that succeeded at turning the truly bizarre into some bloody good entertainment. 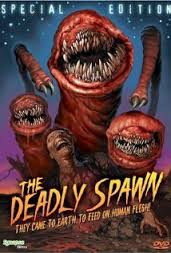 Deadly Spawn is a 1983 space-monster film shot on a budget of merely $25,000. In light of that low low number, the distinguishing horror fan is willing to look past instances in which a fishing line for controlling the monsters is visible. The premise is simple: a meteor carrying a space-slug crashes to Earth. The slug immediately eats two humans before finding a dark basement where it can multiply. The movie takes off when a trio of geeky horror fans discover the slug living in their basement, and come up with a plan to stop it from taking over the entire planet with its – you guessed it – “deadly spawn.” A passion for horror pictures is evident in the otherwise amateur actors, helping to make Deadly Spawn one of the greatest cult monster classics of all time. 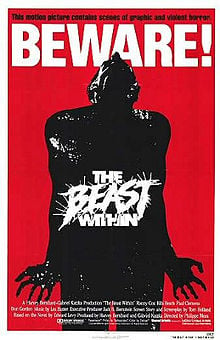 The Beast Within, released in 1982, makes this list because of its intricate (and some might say “depraved”) plotline. The movie tells the tale of a boy mutant – though his monstrous genetics have been lying dormant for 17 years, within him lies the potential for a putrid transformation.

Beginning with the honeymoon of Caroline and Eli McCleary approximately 17 years prior, we watch as they are stranded in a remote area of Mississippi and Caroline is raped by a strange beast/creature. Eli and a store clerk manage to kill the monster, but Caroline becomes pregnant and eventually delivers a child. The rest of the film covers the implications of this unfortunate event. When Michael, her son, begins exhibiting classic werewolf symptoms, the audience is in for an interesting ride. 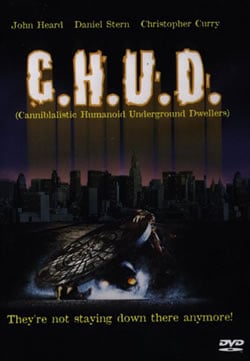 C.H.U.D, released in 1984, is another film that deals with concept of genetic mutation. What makes it one of the greats is that it goes above and beyond the standard monster plot with a storyline that speaks to the environmental and health concerns surrounding nuclear waste. It’s plot, a few holes notwithstanding, contains a memorable twist that keep viewers engaged to the end. In the film, homeless people who live underground in New York (abbreviated by the government as Cannibalistic Humanoid Underground Dwellers) have become flesh-eating mutants – not zombies per se, but monsters of an even more toxic breed. Fans might be interested to know that the film has been revived on the El Rey network – click here to find out more  – and will be broadcast throughout the month. I can’t think of a better follow-up to the warnings of Earth Month. 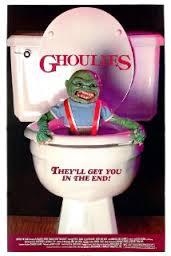 Ghoulies is the first installment of a popular (and totally campy) horror franchise that spanned well into the 1990’s. Released in 1985, the protagonist is a boy named Johnathan who becomes interested in the occult when he discovers his late father’s work. He decides to summon demons with the hopes of gaining supernatural powers, but he ends up summoning malicious “ghoulies” instead. These ghoulies (of course) seek to terrorize the family mansion. Chaos (rightfully) ensues. While the plot in this film is somewhat simple, the classic nature of the story and quality performance from its leads spawned four subsequent sequels and a remarkably dedicated fan base. Ghoulies and Ghoulies II just received Blu Ray releases that are getting great reviews. 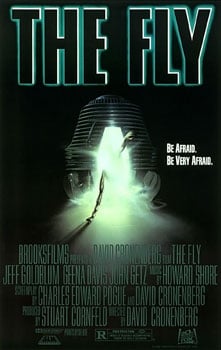 The Fly, starring Jeff Goldblum, is by far the most successful movie on this list (and you can stream it in HD on Netflix as of this writing). It grossed over $60 million when it hit theaters in 1986. Part of its success has to do with its wonderfully bizarre and very Kafkaesque premise. In the film, a scientist and inventor start a romantic relationship while perfecting a teleportation device. They have inanimate objects down, but there are still kinks in the plan for “live” teleportation. Goldblum’s character passes through the teleportation device without knowing that a fly is in the machine and the results are catastrophic. As he sheds his humanity and begins metamorphosing into an insect, we watch in terror as he slowly devolves into a giant man-fly monster.

This list of films is the stuff of 80’s monster movie dreams. From the low-budge slugs of Dead Spawn to the blockbuster bug man in The Fly, you just can’t argue with these epic achievements in synthetic rubber and gauze. 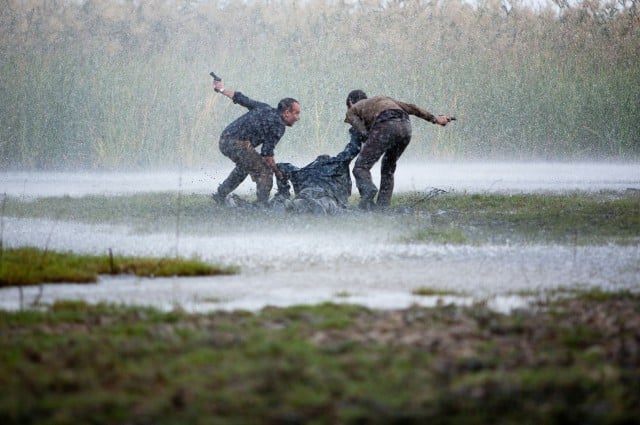 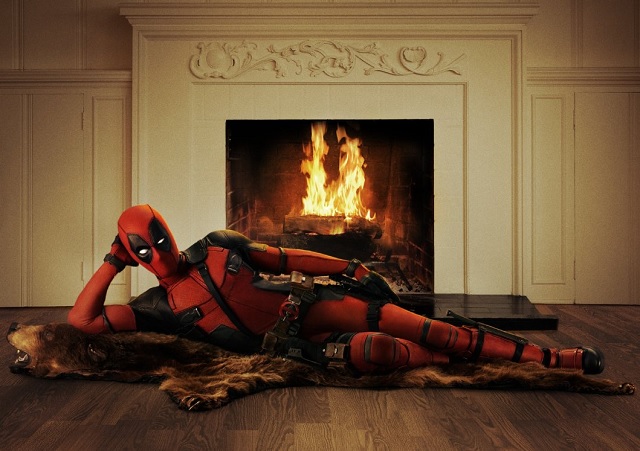