Blue Valentine director Derek Cianfrance spoke to Vulture in December about a new series he was working on with HBO:

“I can’t tell you what [the show’s] about, but I can tell you that we’re gonna try to give new meaning to the word ‘character development.’” 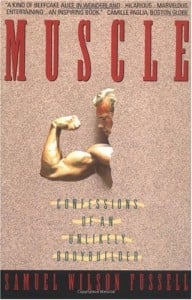 Now some light has been shed on Cianfrance’s HBO project. His HBO series is based upon the Sam Fussell memoir Muscle: Confessions of an Unlikely Bodybuilder, about his four years on the bodybuilding circuit. The Wrap reports Fussell will co-write the script with Cianfrance and Cianfrance will direct the pilot, which is said to be a single-camera comedy.

Here’s the synopsis for Fussell’s memoir via Amazon:

“At age 26, scrawny, Oxford-educated Samuel Fussell entered a YMCA gym in New York to escape the terrors of big city life.Four years and 80 lbs. of firm, bulging muscle later, he was competing for bodybuilding titles in the “Iron Mecca” of Southern California-so weak from intense training and starvation he could barely walk. MUSCLE is the harrowing, often hilarious chronicle of Fussell’s divine obsession, his search for identity in a bizarre, eccentric world of “health fascists,” “gym bunnies” and “muscleheads”-and his devout, single-minded acceptance of illness, pain, nausea, and steroid-induced rage in his quest for the holy grail of physical perfection.” [Amazon]