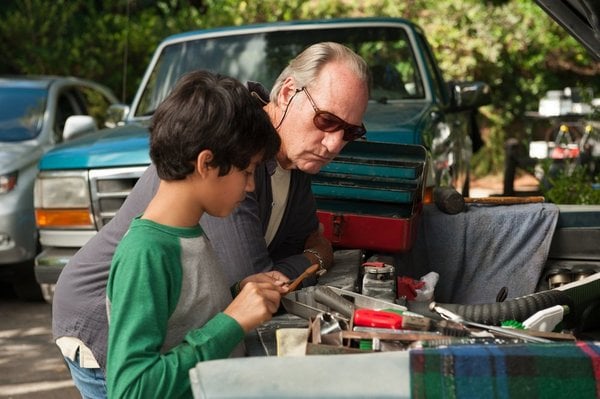 This week, on Parenthood: Joel gets drunk, Crosby gets diapers, and Max gets a great shot

Communication is once again the name of the game as Parenthood continues its strong fifth season. Whereas “Nipple Confusion” focused on the varying forms of communication, from direct confrontation to frank conversations to long-simmering musings, “Let’s Be Mad Together” instead approaches this topic by looking at dysfunctional partnerships, from Joel’s work to Max’s Yearbook woes. A show far more interested in the painful small-scale struggles of day-to-day life than almost any other series on television, Parenthood is no less powerful for embracing this seemingly low-stakes approach. Rather, by eschewing the heightened hysterics of shows like time-slot competitor Scandal (as entertaining as that series continues to be), Parenthood plumbs greater emotional depths, providing far more recognizable and resonant drama week in and week out.

A perfect example this week is the paralleling of Camille and Julia’s marital discord. Camille’s frustration with Zeek is less about his reluctance to move and far more about what his silence says about their relationship. A communication problem quickly becomes an examination of gender dynamics, power dynamics, marital equality, and independence. Bonnie Bedelia is once again fantastic in her brief scene, the desperation in her voice familiar to anyone who’s turned around to find themselves looking at a dead-end future they never wanted. While many, including this reviewer, were nervous at the introduction of seeming affair-bait characters Peet and Ed, it looks like the writers may be going a different route with them, instead using them to explore Julia’s growing fears and loss of identity. More may be coming to move this arc in a different direction, but pairing her with Camille this week ties the Peet fight in with the Victor fight and her general discomfort at being a stay-at-home mom, creating a better picture of Julia’s state of mind and making her far more interesting and developed character, while also giving Erika Christensen better material than she’s had in a long time.

While Joel and Julia’s scenes have mostly been on the dramatic side this season, Joel’s drunken need for cake this week is hilarious and very much appreciated. More humor comes from Max’s photography at school and his continuing lack of social awareness. Not enough praise is given to the show in general and Max Burkholder in specific for how well they handle Max’s Aspergers. We’ve seen the character grow slowly over time, but it seems like his frustration over the Yearbook may be a particularly significant moment for Max, giving him a window into the anger he saw in the friend of the girl he photographed crying. Last season, we saw Adam and Kristina take up Max’s cause and move metaphorical mountains to help him succeed and feel accepted. This week, Kristina can’t fix things for her son; she’s as powerless as he is, and as infuriating as that is, this anger and disappointment is important for Max to experience. As a side note, while Kristina’s scenes are very good this week, how does she have time to meet with teachers and principals and the ever-entertaining Hank while she’s running for Mayor? These scenes work better than the campaign arc has so far this season, but ignoring it all together for a week feels decidedly odd. 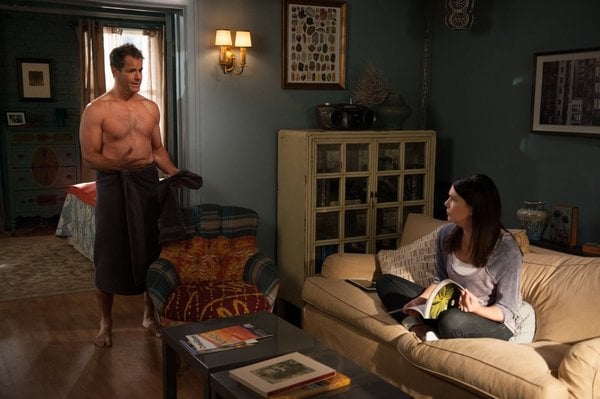 Both Crosby and the audience get a break from Aida’s crying this week, and it is very appreciated. Instead we once again focus on the Luncheonette and the start of Adam and Crosby’s label. Pretty much everything at the Luncheonette works well (the less said about the show’s unfortunate season four wasting of Pamela Adlon the better), and this is no exception. It’s always a joy to watch characters be good at their job and these scenes go a long way towards counteracting some of Crosby’s previous (and assumedly future) childish moments. The show is clearly having a lot of fun with lute fan Oliver, but they’re careful to make him good at what he does too, so as long as the audience isn’t expected to believe this record will change the world (or the art-within-the-show actually lives up to the hype, something that almost never happens), this should be a fruitful and entertaining narrative road, at least for a while.

Another surprising subversion, at least so far, is the not-coupling of Sarah and her tenant Carl. That could easily be headed our way a few episodes down the line, but it’s nice that at least for now, the show is letting Sarah be and not feeling the need to pair her up with either Hank or Carl. Along with the Camille/Julia shared storyline, there’s another clear parallel this week with Ryan and Kristina- both are sideswiped with information others decided they didn’t need to know (Ryan with the Amber/Sarah drama and Kristina with Max’s past infractions). Fortunately Ryan is more successful with his attempt to fix the situation than Kristina, dealing with the issue responsibly and maturely. Yes, we’ll undoubtedly get more head-butting between mother and daughter in the lead up to the wedding, but it’s wonderful to see Ryan respect Sarah enough to open up to her, however briefly. She isn’t owed an explanation, but she’s certainly entitled to be curious or concerned and the fact that he cares enough about Amber and her relationship with her mom to speak up says a lot.

Once again, Parenthood delivers an interesting, emotional episode, neatly sidestepping some usual dramatic pitfalls along the way. It’s been an impressive start to the season. Hopefully they can keep it up.

What did you think of the episode? Anyone else love Jessica Goldberg’s writing for Hank and Max? Did you miss the campaign this week? How long before the next Sarah and Amber dust-up? Post your thoughts below!