Part of a triptych of films all revolving around a similar incident, Christian Petzold’s Beats Being Dead not only begins the loose Dreileben trilogy, but also picks up where the director left off with his own work.

Johannes (Jacob Matschenz) is studying to be a doctor while working as a nurse at an isolated clinic.  Quiet and tentative, Johannes is infatuated when he runs into Ana (Luna Mijovic), a temperamental, impetuous maid.  As their fledgling romance blossoms, a dangerous killer escapes from the mental ward of the hospital.  In their sparsely populated area and against a backdrop of pervasive police sirens, Johannes and Ana navigate newfound feelings.

As with 2008’s Jerichow, director Petzold tells a tightly contained narrative that exudes more sexual tension than pure sexuality.  A member of the “Berlin School” – an unofficial group of German filmmakers who favor an austere, psychological style to popular narratives – Petzold is a master of shifting sympathies.  As in Jerichow, he starts with a character whose silence and submissiveness make him the most likeable, and gradually scrapes that appearance away throughout the film.

The third act of Beats Being Dead, where Johannes’ true nature is tested and revealed, twists the classic boy-meets-girl narrative into something far more psychological.  The paradigm shift, which takes place in a very commonplace sequence, becomes exciting at the possibilities it might open.  Though Petzold refuses to fulfill all of these possibilities, he still reallocates Beats Being Dead from fairly standard genre entry to tantalizingly ambiguous drama.

If there are problems with Petzold’s film it’s that it seems to anticipate its place in the trilogy too much.  Certain lingering point-of-views and indelible images are tailored to fit into something larger than the simple 88-minute runtime of the first part. Ultimately, the film is as much about cultural and socio-economic differences as it is about a burgeoning love affair and, while said contrasts are explored, there’s little definition given or linking causality.  The ending of the film, which comes to a literal, slow halt, makes a statement about the inevitability of cultural separation, but doesn’t move beyond its idea of inescapability.

The slow burn, brought to life largely through an expert use of large spaces, perspective shots, and high-key, daytime emptiness, doesn’t necessarily ever ignite, but instead smolders and flickers out. 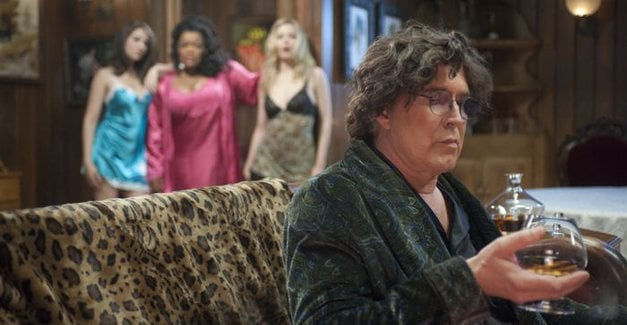