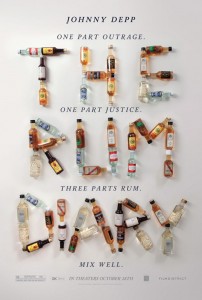 It’s been nearly two decades since writer-director Bruce Robinson made a movie (1992’s Jennifer 8 was the last). When directors emerge from long hiatuses, the outcome is rarely positive; the films that result from these long periods of inactivity often wind up either overstuffed, undercooked, or weirdly out-of-time. The Rum Diary, Robinson’s long-gestating adaptation of Hunter S. Thompson’s vaguely autobiographical novel, somehow manages to be be all three.

Set in 1962, Diary stars Johnny Depp (effectively Thompson’s Hollywood ambassador at this point, having previously played another Thompson surrogate in Terry Gilliam’s Fear and Loathing in Las Vegas, as well as narrating Alex Gibey’s bracing Thompson doc Gonzo), in mostly-wacky mode as Paul Kemp, an ambitious journalist who eagerly nabs an unwanted position at the San Juan Star, an English-language newspaper in Puerto Rico. The paper’s editor, Lotterman (a bewigged Richard Jenkins), makes clear to Kemp that he is to stick strictly to puff pieces, but Kemp has other plans, even as he is being courted by American business magnate Sanderson (Aaron Eckhart) to help him sell a hugely destructive hotel development. While negotiating these twin irritants, he finds allies in co-worker Sala (character actor Michael Rispoli in an unusually meaty role), decrepit writer Moberg (Giovanni Ribisi), Sanderson’s girlfriend Chenault (Amber Heard), and alcohol.

The film’s pleasures are mostly visual. Quite possibly the only Hollywood film in recent memory shot entirely in 16mm, Diary hosts a number of evocative moments, particularly the awesomely staged cockfight scenes, as well as a club sequence in which Chenault engages in some seriously intimate dancefloor behavior (to the chagrin of both Sanderson and Kemp). The film’s look and leisurely pacing aid in making the film feel of another time, though not the 60s specifically; structurally and tonally, Diary feels more at home in the era of Robinson’s debut, Withnail and I, another film revolving around alcohol abuse. The film is also refreshingly free of the subjective visualizations of altered states that powered Gilliam’s movie, aside from one LSD trip sequence that feels like a comparatively restrained take on that material. 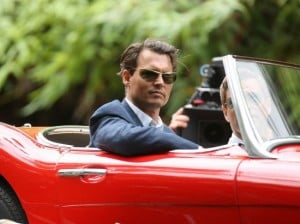 Robinson’s direction is mostly solid; it’s his screenplay that falls short. With its declarative after-titles, the film is effectively bland Thompson hagiography, never using the opportunity provided by the fictional context to break free from polite rambunctiousness terribly often. The evils of American incursions into South America are rendered as didactically as possible, making Kemp too plainly a David-style hero against the Colossus from whence he came. Depp is fine as Kemp, rarely going into full-on hysterics and not quite the Thompson caricature we saw in Fear and Loathing, but Rispoli’s Sala is the most magnetic figure in the film – gritty, wise, and warm. Someone give this guy his own movie. Heard, as per usual when not in genre fare, is mostly cast for her ability to look great and not embarrass herself doing it, which she happens to be very good at. The antagonists fare less well mostly thanks to thin characterizations – Jenkins and Ribisi get to flex their comic muscles for a change, but are a touch too farcical, while Eckhart’s uber-capitalist doesn’t even rate as two-dimensional.

One of the year’s more schizophrenic viewing experiences, Diary is both doggedly old-fashioned and weirdly aimless, ultimately feeling a bit like an infomercial for Thompson’s collected works. Paradoxically, with its simplistic sense of morality and moments of yawningly broad humor, it’s hard to imagine Thompson himself thinking much of it – except for the brief scene of Nixon bashing, of course.