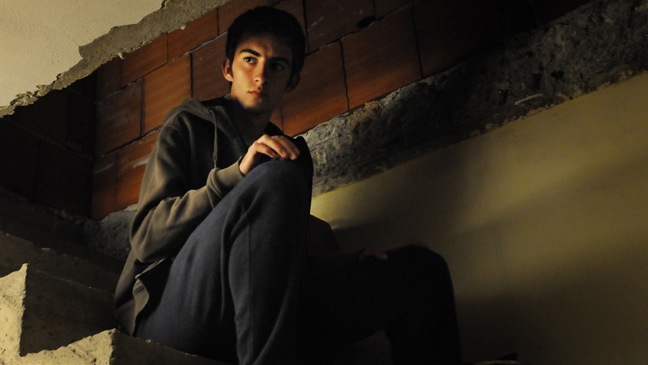 The Forgiveness of Blood

Following a seven-year feature-film hiatus, director Joshua Marston returns with The Forgiveness of Blood, a coming-of-age tale set in a small Albanian village. Nik (Tristan Halilaj) is a typical teenager – chasing girls, and riding around on a friend’s motorcycle. When a longstanding feud with a neighboring family erupts into violence, Nik is forced into house-arrest, according to the laws of the village. His sister Rudina, (Sindi Lacej) the brains of the family, leaves school to take over the daily bread delivery, and their father remains on the lam for a murder he may or may not have directly instigated.

While politically backgrounded, Marston’s films aren’t political, per se. As with 2004’s Maria Full of Grace, that being the better film of the two, The Forgiveness of Blood finds a young protagonist in a dire situation and seeks to explore the effects of a place and situation on that character’s actions and choices. The politics here are personal and solitary. The heartbeat that drives the film is then not any grand allegorical statement, but rather a few fine performances. Unlike Maria Full of Grace there’s a split focus in The Forgiveness of Blood. The literal isolation at the heart of the film requires it: it would be near impossible to spend the entire story with only Nik and his seclusion and attempts at escape. The problem is that the secondary story, Rudina’s, is more compelling. Part of this is due to the fact that Rudina has more to work with – she’s out and about on the streets, interacting with a variety of personalities.  Part is also due to her superior, innocent performance. Though issues of masculinity and heredity are at the heart here, Marston would have been better served with an evenly split structure between the two.

While this film is culturally motivated, Marston isn’t concerned with a history lesson. Terminology like “besa” and “kunan” are thrown about with narrative weight, but never defined for the viewer. This is a good thing. Marston trusts that his audience will not only easily pick up on their significance, but also that they will fit the lexicon of the film naturally enough that it need not become a textbook-style PBS special.

Marston’s background in journalism informs this picture, perhaps more so than any cinematic style, and that is ultimately it’s greatest pejorative. That the film lacks a particular style is an understatement. Framing and camerawork, while cohesive and appropriate, fail to add anything to the narrative. In short, Marston’s strategy is one of reporting, but he seems to fall between any formalist distancing and Hollywood romanticizing, keeping The Forgiveness of Blood visually adrift for much of its overlong running time.