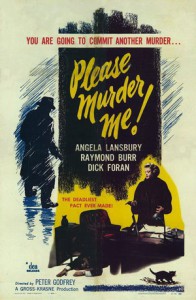 *It should be noted that the following review contains spoilers pertaining to the film’s plot, including an important revelation on which most of the drama hinges. Readers have been forewarned.

Defence Attorney Craig Carlson (Raymond Burr) sits alone in his office late one night. Having turned on a recording machine he begins to narrate to a fellow lawyer that he is surely to be killed within the hour. At that moment the film flashbacks to some months ago when Craig approaches a dear old friend, Joe Leeds (Dick Foran) with terrible news: Joe’s wife and him have fallen in deeply in love. Joe appears visibly disappointed, but, curiously, less angry than one might expect. He implores Craig to give him time to mull over the situation. Shortly thereafter Joe returns home to see his wife, Myra (Angela Lansbury) only for a scuffle to occur behind closed doors. The shot of a firearm erupts. Joe is found dead. Myra pleads self-defence, to which of course Craig acquiesces, despite the shock of his friend’s passing. When Myra is acquitted, the two lovers begin planning the rest of their lives, but a shocking revelation about Joe’s demise will send their partnership into a tailspin. 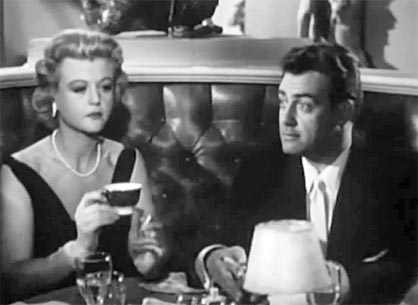 Peter Godfrey’s Please Murder Me a bit too similar. In the annals of film history, more than once have filmmakers tapped into previous works to put their own stamp on the material. As of the picture’s subsequent scene, most of the similarities end however. Apart from the fact that the picture’s big reveal also hovers around the dividends acquired via a lucrative insurance policy, Please Murder Me crafts its own narrative, descending into the hell one man deliberately chooses to live through because his conscious implores him to. The essence of the film’s story is how and why a person opts for a choice between living a life of comfort but with knowledge of a terrifying truth and coming face to face with evil, regardless of the fact that such a path will almost surely lead to his or her destruction. It is the most perilous of crossroads, with dire consequences regardless of whichever path is chosen.

Raymond Burr, mostly known for his television work in shows like Ironside and Perry Mason, dabbled in film more frequently than many recollect, one of his fondly remembered roles being that of the murderous neighbour living across from Jimmy Stewart’s apartment in Alfred Hitchcock’s seminal Rear Window. As Defence Attorney Craig Carlson, Burr taps into the psyche of a man whose emotional wellbeing is in constant flux. Right from the get go it is made clear that the character’s path is one paved with ambiguous ethics despite his best efforts and intentions. Having fallen in love with his friend’s wife, there is understandable nervousness about his demeanour when he admits the fact to Joe Leeds. From there fate has it that he must defend his lover in the eyes of the law, as Myra stands on the precipice of spending a harrowingly long time behind bars for Joe’s death. Through it all Craig is resolute in keeping his composure, fighting to preserve the emotional roller coaster ride firmly in check. Burr is excellent in the role, proving his worth as a solid leading man. The strain Craig goes through is painfully visible on his face, as are his unquestionable, genuine affections for Myra.

Of course, the story’s course changes drastically when a hand written letter from Joe just before the fateful incident lands in Craig’s hands. As it turns out, Myra has been a deceptive villainess all along, having married poor Joe for his wealth, her plan being to get away scott free with a painter named Carl Holt (Lamont Johnson), an innocent bystander in the entire scheme, oblivious to her duplicity. From there Craig and Myra engage in a daring battle of wits from which one of them, possibly both, may never recover. Burr and Lansbury, the latter whom is also remembered predominantly for her career on the small screen (Murder, She Wrote), prove that carrying a film is very much within their range of abilities. Lansbury in particular is effective as Myra, constantly one step ahead of Craig’s attempt to see her plan undone. At every turn the latter makes another run at revealing her true intentions, and every time she wiggles her way out of trouble, albeit barely. Lansbury’s work here could even be seen as a precursor to her accomplished role in John Frankenheimer’s The Manchurian Candidate 6 years later, in which she would yet again play a scheming temptress pulling strings behind the scene. 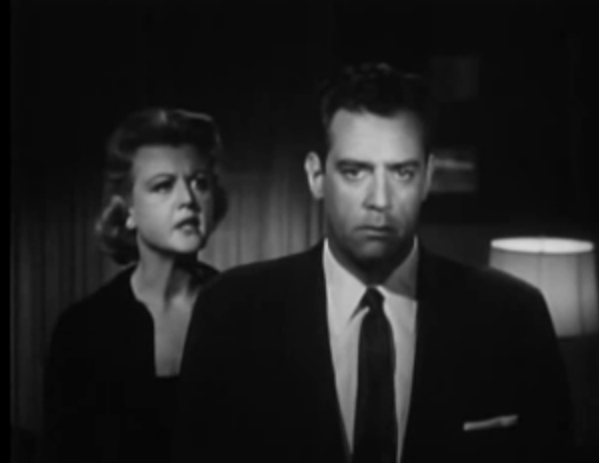 Godfrey’s direction is equal up to the task for the most part as well. Things run smoothly and ratchet up the tension once the picture reveals Myra’s true nature, with Godfrey offering up a series of quiet scenes where the building tension between the two leads bubbles just beneath the surface. Godfrey has clearly found a comfort zone by this stage, which is somewhat in contrast to the movie’s first half. Although the set-up is established without any hiccups, once Myra stands on trial for murder, the picture feels obligated to spend plenty of time in court and then some. Testimonials, breaks, quick meetings during which the lovers shares some words, the sequence goes on for longer than necessary, nearly bringing the story to a complete halt. In truth, the only instant during the sequence that establishes anything is Myra’s reference to ‘an artist’ friend that came to visit her and see what he could do to help. This morsel of information ultimately pays dividends seing as that artist in question is Myra’s secret lover. Godfrey had already trod a long road in the arts by the time he directed Please Murder Me, having helmed a great number of films and acted in plenty of others. Please Murder Me would end up being his final act before retirement.

Watching Please Murder Me after Blonde Ice is a comforting experience. Whereas Blonde Ice worked around a similar template plot-wise but unfortunately botched its goals in almost every respect, Please Murder Me is in capable hands, properly upping the ante in delightful fashion. The picture earns its fatalistic conclusion with a gut punch plot resolution to Craig’s tireless mission to expose Myra. If anything, the film is yet another reminder of the range both Raymond Burr and Angela Lansbury had as actors. Both became legends through very different projects on television, making this reunion, before their popularity erupted, all the more interesting a time capsule. 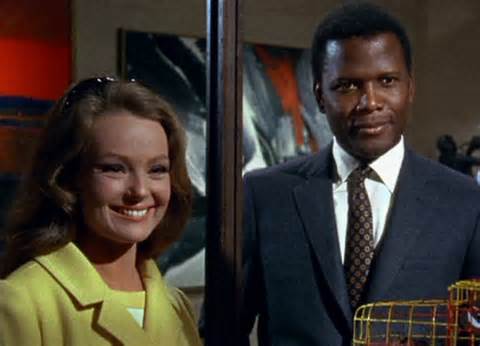 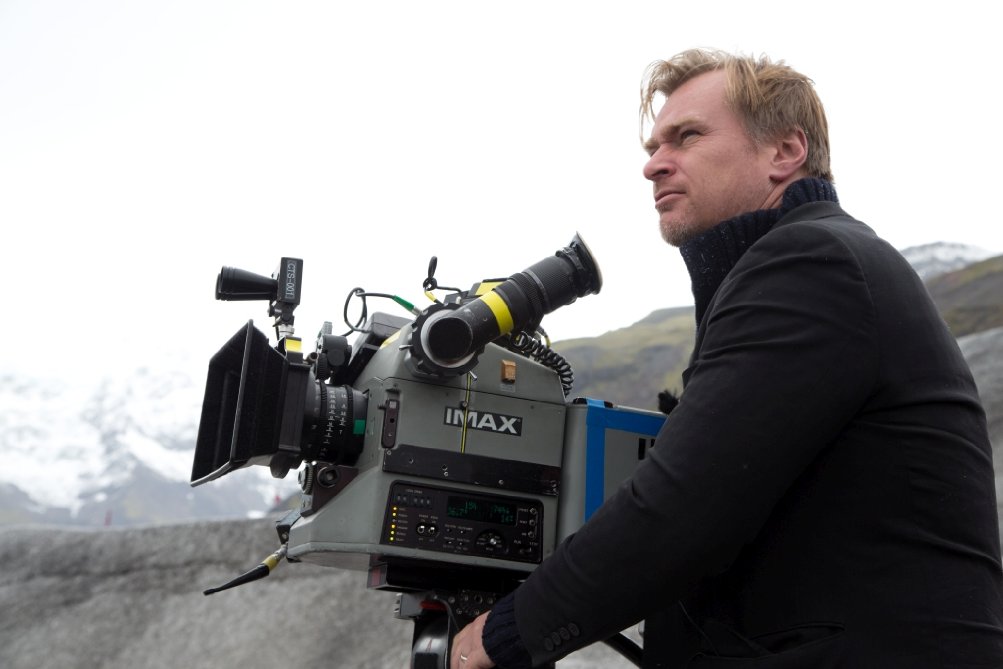