In 1998, I was first introduced to Pokemon. I don’t remember exactly how I had first heard of it, but I do remember a few highlights. I remember a classmate bringing his Game Boy to school and showing the game off, letting other kids catch and name a Pokemon or two to show them how much fun the game was. I think I had caught a Spearow, but this was 18 years ago, so I can’t say for sure.

The first thing I owned related to Pokemon though, was a plush toy of Dratini, during a time where Nintendo and KFC were cashing in on the Beanie Baby craze by selling what were essentially Pokemon Beanie Babies. I was with my father getting dinner for the family and I asked him for one. I didn’t have any idea at the time what this adorable little purple snake thing was, but he bought it for me. I still have it to this day. It’s buried in my closet, but it’s there. 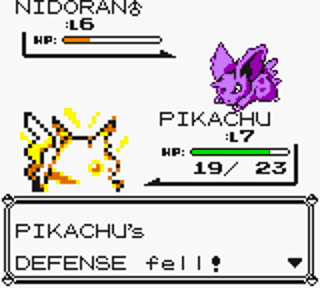 I don’t remember what I did to get my parents to buy me my copy of Pokemon Red. I only remember driving to Best Buy, making a b-line to the games section and struggling to decide whether I wanted Red or Blue. In hindsight, the differences are so minimal that it’s debatable whether even the third version is worth picking up, but hey, I was 9 and I wanted all of the versions.

It’s not unreasonable to say that I am not alone in growing up with this series from the beginning. These games still sell millions of copies on every release, with numbers for both Pokemon X /Y , Omega Ruby and Alpha Sapphire easily pushing over 10 million copies. This is series has been going for two decades and it’s not slowing down. Even if it never reaches the cultural apex it did in the late 90s and early 00s, Pokemon is as strong as ever, loved by children and adults of multiple generations and to this day, the games that started it all are remembered fondly by all who played them when they were younger.

Today I am only covering the first generation Pokemon games as I know them. As such, I will mostly only be discussing the western versions of Red, Blue and Yellow. However, I plan to look at all of the main series entries over the course of the next several articles. Were they any good when they came out? How do they hold up today? Well, without further ado, let’s answer those questions with the first generation of Pokemon.

While those of us in the west had to wait an extra year, Pokemon Red and Green were released in Japan on this day in 1996. About eight months later, they were followed by a less buggy Blue version that would be the basis for the western Red and Blue versions.

The games were pretty simple JRPGs with a rock-paper-scissors combat system and 150 monsters to collect. It’s hard to say what made Pokemon take off like it did. Maybe it was the fact that, despite the simplicity, it was still one of the most unique and in depth games the Game Boy had at the time? Maybe the marketing was everywhere as I pretty clearly remember it being used to the sell the then-relatively new Game Boy Pocket. But whatever it was, these games exploded. 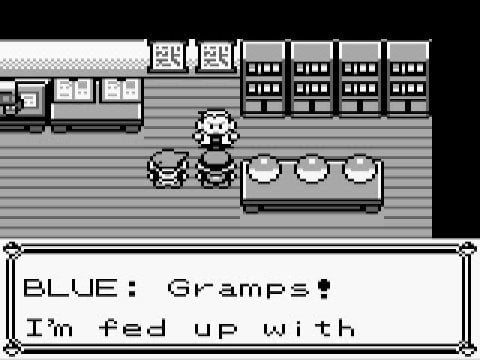 Oh don’t get me wrong, they’re plenty of fun if you can look past the many problems these games have, but there’s really no reason to play these versions, especially after their third generation remakes, FireRed and LeafGreen. This is probably the first time I played Pokemon Red in over a decade, but I can pretty easily see why. First generation Pokemon is a broken, unbalanced, buggy mess.

Moves like Wrap and Fire Spin break the game by restricting the target and keeping them from being able to ever attack, leaving winning battles down to luck if your opponent uses these moves and has faster Pokemon. The Ghost type Pokemon are weak to the type they were made to trump. Relatedly, the Psychic type has no viable weakness and way stats work render them stupid defensive against special attack types (like Fire, Water and Grass) as well as stupid powerful. This means that playing the game today makes it feel extremely archaic.

Face it, Gen I purists, these games don’t hold up compared to the later games.

Most of the game’s problems can be forgiven when you take the game on it’s own. Like I said, the game is good, if very flawed. There’s something charming, even in such a broken form, about this simple tale of a young boy being given either a dinosaur, a dragon or a turtle and using his pets to beat up other peoples’ pets.

For those reading this that somehow don’t know, the basic story of any Pokemon game is that you are a rookie Pokemon trainer who is given his or her first Pokemon and goes on a journey to collect gym badges from eight strong trainers that run gyms. What kind of gyms? No idea! As the series goes on, the idea of these facilities being for the sake of training becomes more and more absurd. Anyway, the player collects eight gym badges and then goes to take on the Elite Four of the Pokemon league as final challenge before taking on the region’s champion. Along the way, the player fights a criminal organization that has some sort of goal, usually involving the region’s legendary Pokemon.

Each game follows this premise to some extent. However, only the first generation has the Pokemon league as the main plot. Every other game focuses on the region’s legendary Pokemon and/or the criminal organization.

Red, Blue and Yellow accomplish this by placing the rival character as the primary antagonist. Blue starts off as a pompous jerk who only cares about making his Pokemon strong. While it’s not shown in depth and was lost on me as a child because, ironically, all I cared about was making my Pokemon strong, discarding Pokemon when they fell behind or once I didn’t need the move I had taught them, the story is about the strength of working together with friends and how doing so makes oneself stronger.

It’s not the most engaging plot in the world and much of the story is actually only told in Gold, Silver and Crystal, but Pokemon’s success wasn’t built on a strong narrative.

At the time, handheld games were rarely particularly deep. Sure there were a number of bigger games like Metroid II or Link’s Awakening, but most games were watered down ports of console games. Even good games like the Super Mario Land titles felt like smaller versions of their console counterparts.

Pokemon Red and Blue were big games. They offered more depth and content than almost any of their contemporaries. On top that, they were far more accessible than many of the Game Boy’s other big games. Even Link’s Awakening is like smashing through a brick wall compared to Pokemon. This combination of size, depth and accessibility were what made the games sell. 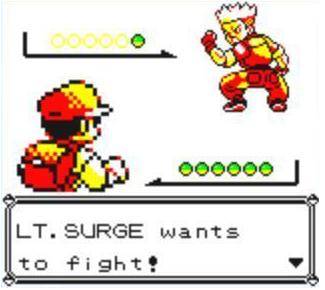 At the end of the day, Pokemon Red and Blue don’t hold up very well. Given the choice, I will always skip them in favor of their third generation remakes because those are simply the same game… except improved in literally every way, but we’ll get to those later. First, we need to talk about the first attempts to improve on Red and Blue.

Or rather, Red and Green, as there is an often forgotten Japanese Blue version. Blue was released in Japan later in the same year as Red and Green. It didn’t do as much as third versions of later games do. The idea of Blue was that it would fix glitches, have a mix of Pokemon from the other two versions and, most importantly, make the Pokemon battle sprites look closer to the Ken Sugimori art they’re supposed to be based on.

I get the feeling that Blue’s reason for existing was more for the sake of being the base of the western versions than anything, to be honest. Even the alleged goal of fixing bugs and better visuals didn’t turn out that well, or are we forgetting the infamous MissingNo.?

What did fix many of the bugs and improved the visuals significantly was Yellow. The idea of Yellow was that it was the “Special Pikachu Edition.” It was intended to spend just as much effort improving the experience as it did emulating the smash hit anime.

Yellow drops the choice between Bulbasaur, Squirtle and Charmander, hands you a Pikachu and Blue an Eevee and includes the Team Rocket duo of Jesse and James that were created for the anime. And aside from forcing the player to take a Pikachu as their starter, it is objectively better than Red and Blue, even if it’s only barely due to it still being more or less the exact same game in the vast majority of ways.

Hell, some of the sprites are so good that not only were they recycled for Gold, Silver and Crystal; I could swear that some of them were used in Ruby, Sapphire, FireRed, LeafGreen and Emerald. Were they? Probably not, but it really says something about how nice this game looks compared to its predecessors.

On top of that, the game is in color. The overworld might only have different shades of whatever color the various cities are named after, the battles are in full color and they look spectacular. 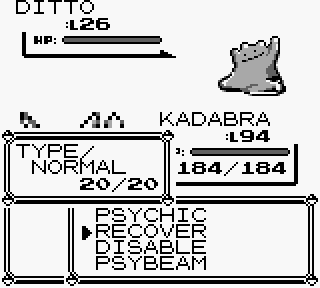 And the final improvement is that the challenge level is refined. Red and Blue aren’t hard games by any means, but they were very unbalanced games. Yellow went out of its way to do two things: give the gym leaders teams closer to what they had in the anime and fix the difficulty curve. There’s still the odd random difficulty spike and there’s only so much they could do about Sabrina, but seeing as I’ve literally forgotten to fight her until I was blocked from fighting Giovanni for only having six badges before, there are ways to deal with her.

Yellow was a marked improvement over Red and Blue. It’s still the same game, but in an improved form, save for the removal of choosing your starter (though, as a consolation, you do get to choose what Blue’s Eevee evolves into, based on how well you do in the first and optional second battle with him).

And here we are, two decades later, and the Pokemon franchise is showing no signs of stopping. It’s not the cultural goliath it was in the late 90s, but it’s never left the public eye. From it’s humble beginnings to today, from the greyscale world of the Game Boy to the 3D world of the 3DS, Pokemon is an icon I hope I never see the end of.