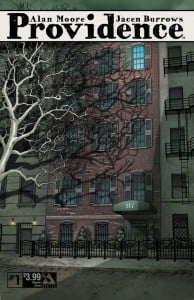 On its surface, the story of Providence is the story of two genre fiction visionaries who in practice couldn’t be more dissimilar. One died a good decade-plus before the other was born. One wrote mostly prose fiction and probably would have despised the funny books that are the other’s stock-in-trade. One deals mostly in existential dread while the other routinely deals in sex, love, heartbreak, death, and all the messy bits of individual human existence. But Providence aims to find some middle ground between the two.

It’s appropriate that Providence, the long-awaited Lovecraft deconstruction comic miniseries, should come this year, the 125th anniversary of Lovecraft’s birth. No matter what Lovecraft’s place among the pantheon of great horror-fantasy writers might be, it’s a matter of course that modern critical appraisals of him and his work cannot happen without some acknowledgement and attempt to work through his all-too-often ugly prejudices — a level of racism, homophobia, and misogyny that went above and beyond the casual attitudes of the time. But Providence aims to not only put the man and his work in a biographical and historical context, but also pull him, perhaps tugging and screaming, into the 21st century.

The fact that Providence comes from comics legend Alan Moore is at once problematic and appropriate. Perhaps no writer on the face of the Earth has a better command of comic language, or a broader knowledge of the “weird fictions” of the late 19th and early 20th centuries that birthed Lovecraft’s output than does Moore. But Moore himself is not free from the criticisms leveled by the increasingly outspoken progressive readers of genre fiction. In recent years he’s come under fire for his use of the Golliwog as a character in the later volumes of The League of Extraordinary Gentlemen, and has received intense scrutiny for his frequent use of sexual assault, primarily against women, as a plot device in numerous works throughout his career. In fact, the most egregious and uncomfortable example of the latter may have come the last time Moore and his artist collaborator Jacen Burrows teamed up for a Lovecraft homage, Neonomicon, the second issue of which is almost entirely one protracted scene of sexual assault against the (female) protagonist.

For his own part, Moore rejects the criticisms against him as unfounded and offensive, infamously defending himself in a lengthy interview with Pádraig Ó Méalóid, which no doubt did little to assuage the concerns of his detractors, and in fact may have raised a few concerns of its own, especially heading into a project aimed at removing the work of Lovecraft from the hideous biases of the man himself. 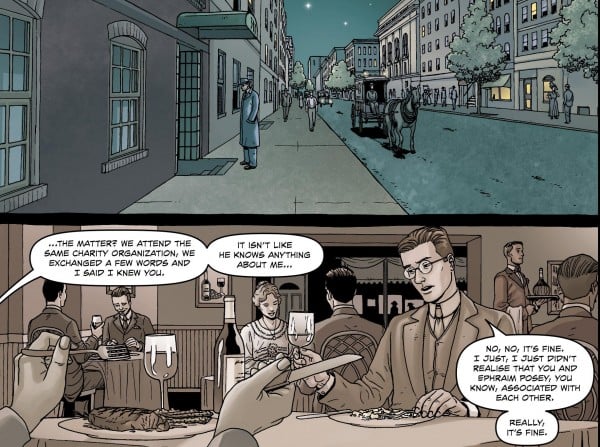 Moore’s tale begins in 1919, just as the Great War has come to a close, and follows reporter Robert Black, a man who bears more than a passing resemblance to Howard Phillips himself and was perhaps named for Lovecraft protege and Psycho author Robert Bloch. Black sets out to literally take up space (unfilled ad space in his newspaper, to be exact) by seeking out one Dr. Alvarez at his residence in New York City for a story on the legends surrounding a novel called Sous Le Monde said to drive its readers mad. Sous Le Monde, we are told, is a piece of fiction that, according to the piece of fiction we are reading in the real world, directly inspired Robert Chambers’ The King in Yellow, another piece of fiction that is, in reality, not fiction, you follow? The King in Yellow is real, but Sous Le Monde is not… probably. And while The King in Yellow is real, the “Exit Gardens” (suicide chambers in New York’s public parks) that Providence claims it prophesied are not… Maybe. That’s the thing about Providence — fiction and reality are so tightly knit in this first issue that your casual reader probably wouldn’t be able to tell one from the other without doing a little homework. (But of course what would an Alan Moore reading experience be without a little homework?)

Providence fits comfortably in with the rest of Moore’s canon, both in the way it creates fiction to talk about fiction, as well as in its frank depictions of sex and all the human joys, fears, and foibles that go with it. This is an interesting choice, both because of the sterile nature of Lovecraft’s own stories, which concerned themselves above all with themes of existential horror and the sublime, and because of the theory put forth by Lovecraft scholars that the man himself was incapable of forging intimate connections. But this just brings us to one of the finer points of this first issue — there’s just so much recognizably Moore here and very little recognizably Lovecraft. Certainly the legends around Sous Le Monde are creepy, there are vague intimations of a book that sounds an awful lot like the Necronomicon, and when we meet Dr. Alvarez, he is pale and gaunt, and requires a strange ammonia-run air cooling mechanism to sooth his mysterious illness, which is all very The Thing on the Doorstep if you ask me. But there are no actual eldritch horrors lurking at the edges of this story thus far, and the closest thing to tentacles comes from the way Jacen Burrows draws the shadow of a tree against Alvarez’s home.

At one point during the issue, Robert Black discusses his ambitions toward writing the Great American Novel by saying that he wants to write, “something big, something that cuts to the heart of this country and these times.” In Alan Moore’s introduction to this year’s New Annotated H. P. Lovecraft collection, he posits that perhaps the existential horrors Lovecraft wrote about are just cosmic magnifications of the anxieties he felt as an average white, heterosexual, Protestant man in a changing world. Cthulhu, Yog Sothoth, and the rest? Just stand-ins for suffragists, homosexuals, and Jews. And as we follow Moore’s Robert Black in his pursuit of the mysterious book, his story begins to intermingle with that of a suicidal man who has been spurned by his lover, until we realize that Black is not an average white, heterosexual, Protestant man — he truly is the outsider that Lovecraft was not. Black believes there is a darker undercurrent to America, one that he belongs to, waiting to be explored. 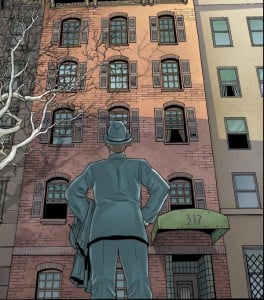 Not having read any spoilers for this series, I couldn’t even hazard a guess as to what direction this story is going next. Perhaps Cthulhu and his buddies will awake in R’lyeh or come bursting from the seams between dimensions sooner rather than later. Or maybe that’s not exactly the type of Lovecraft exploration Moore has in mind. Maybe it really is more about the man that created the stories than the stories themselves.

Whenever there is new work from Alan Moore, it’s usual greeted by something of a groan from large swaths of the comics community. There seems to be a prevailing attitude that he’s one of the comics emperors who stands before us now with no clothes. But unlike certain other giant creatives from the ‘80s — *ahem*Frank Miller*ahem* — labelling Alan Moore as such seems extremely unfair. His work may often be obtuse and inaccessible, or may completely lose its grasp on the narrative in trying to juggle all its underlying ideas (one need look no further than the later volumes of The League of Extraordinary Gentlemen for examples of these), but it’s still abundantly clear that Alan Moore is passionate (and often very smart) about what he wants to say and how he wants to say it.

Providence #1 is full of the stylistic tics Moore is known for — stationary “cameras” across multiple panels, panels without words that help set the mood. Even at other times when he drowns his scenes in dialogue, Jacen Burrows’ beautiful attention to both facial expression and period detail takes you through them easily. The only downside to this issue comes when we hit another Moore staple — an appendix of prose material. Only this time, unlike the fake news articles and biographies he packed into Watchmen, or the pulp throwbacks at the end of LOEG, this material takes the form of Robert Black’s journal, rehashing events we’ve already seen play out with very little in the way of additional insight or altered perspective (Black seems to be an entirely reliable narrator) or even emotional intensity, since Burrows’ artwork already did a magnificent job of bringing that home. It’s possible that the repetition fits into the whole series thematically in a way that cannot be understood in just this first issue, possibly reinforcing established concepts of literature as a distorted mirror to reality. On its own, however, these pages are completely redundant, saved only by the fact that Moore has a damn fine way with words.

Despite that rough patch, Providence #1 is still one of the best examples of smart, layered comic writing that I’ve read this year, and it’s tame enough and straightforward enough that novices and detractors of both Moore and Lovecraft may also find something enjoyable. Wherever this series goes next, I’m ready for it. Bring on issue #2! 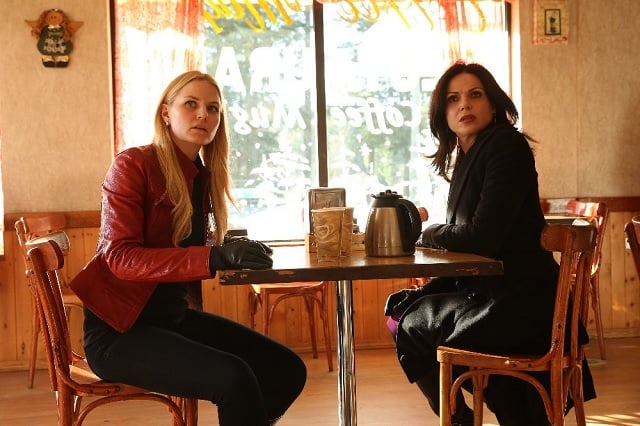 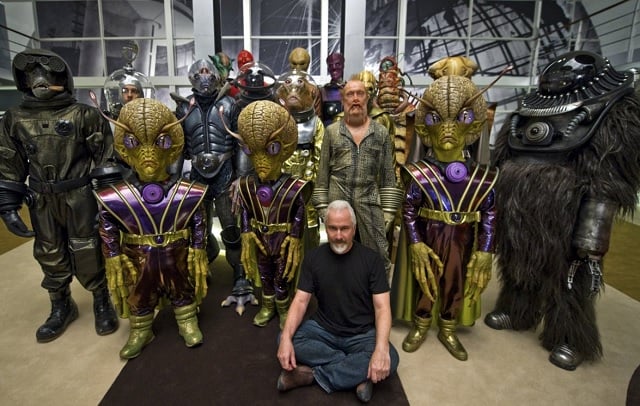