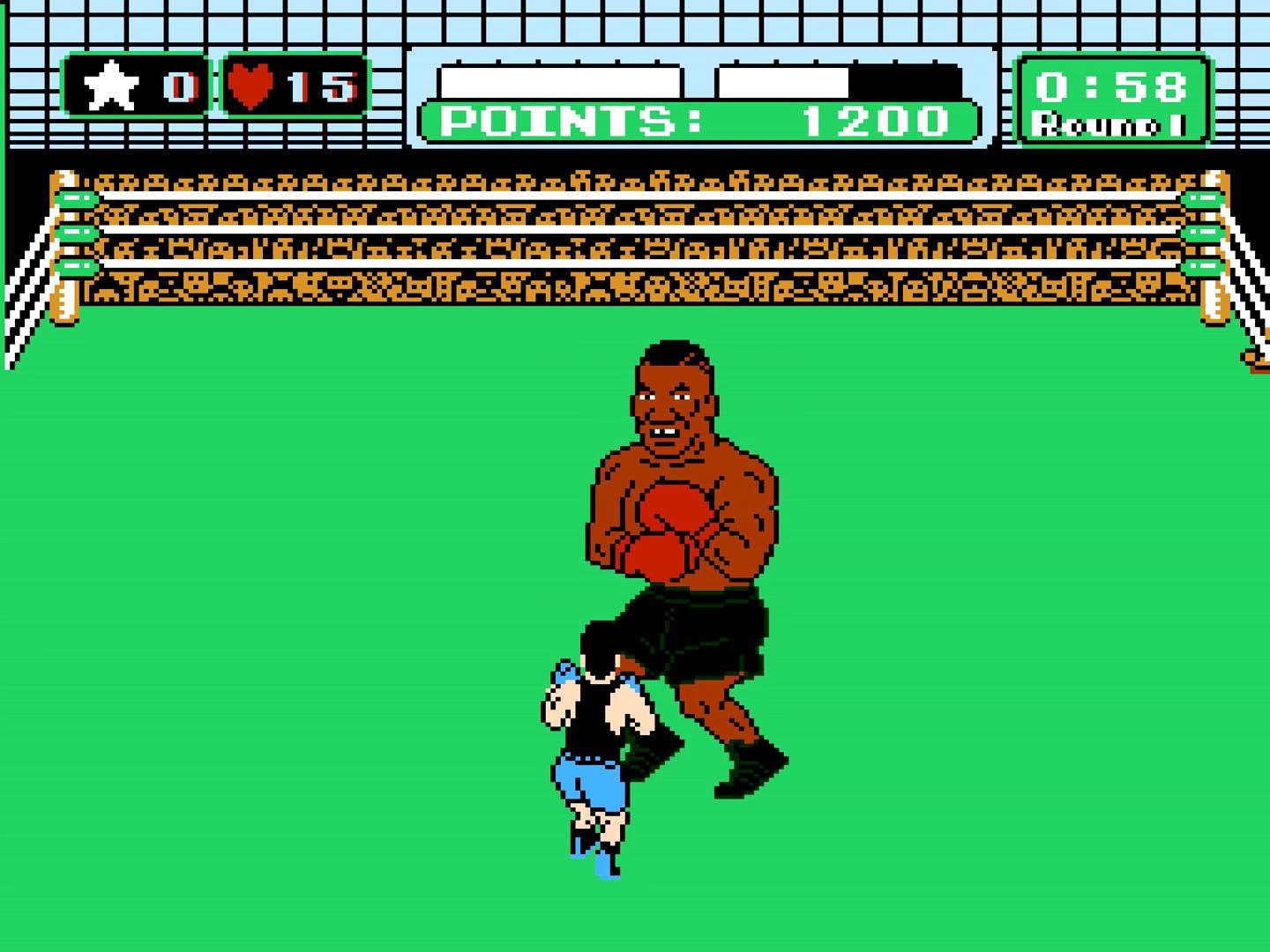 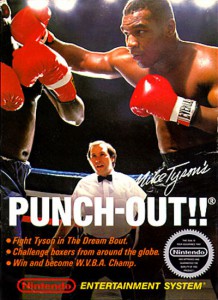 After attending a boxing match in the early 80’s featuring future heavyweight champion Mike Tyson, Nintendo of America’s founder and former president Minoru Arakawa, had the brilliant idea of porting the arcade hit Punch Out, to the NES. There were several changes made, mostly because the NES wasn’t strong enough to faithfully emulate the arcade graphics, but the most glaring difference was the addition of Tyson himself, added on as the title character. Tyson was rumoured to have been paid $50,000 for a three-year period for his likeness – a bargain considering they signed Iron Mike before he made history beating Trevor Berbick for the WBC heavyweight championship, and becoming the youngest ever world champion in boxing.

After winning the WBA championship, Mike became one of the most feared men to ever step into a 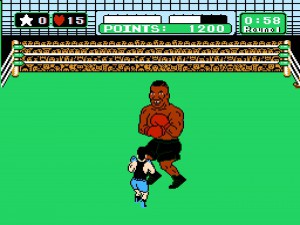 boxing ring. His peekaboo boxing style, with hands held close to his cheeks and his continuous bobbing motion, made his defense almost impenetrable. He defeated every rising star, usually taking down fighters in record time, and defended his crown, ten times. His video game counterpart was equally feared by gamers world-wide. Even with Nintendo’s mascot Mario as a referee, and players in the rookie shoes of the future icon Little Mac, it is Tyson who remains the most memorable character of the game. No doubt, Mike Tyson’s Punch Out is heralded as one of the best boxing games ever, but Tyson is without a doubt, the greatest endgame boss of the 8-bit era. In 1990, Nintendo terminated its contract with The Baddest Man on the Planet and the former champ was replaced by a new final boss named Mr. Dream. Mr. Dream was pretty much the same sprite as Mike Tyson, but for some reason, playing the newer version of Punch Out just wasn’t the same.

The game itself is simple in design. Action takes place from a fixed spot in the ring and gamers take on the roll of Little Mac, the 17 year old underdog rookie from Bronx, New York, sporting his traditional black tank top, green shorts, and green boxing gloves. Your goal is to work your way from the bottom to the top and battle your way through three divisions, starting with the Minor Circuit, than the Major Circuit, and finally making your way to the very top, facing Mike Tyson in the World Circuit. Each circuit features a lot of difficult, and colorful characters, each memorable for their comically over-the-top personalities, special moves and sometimes controversial stereotypes such as series fave, Soda Popinski (originally named Vodka Drunkenski), a Soviet roughneck who guzzles more than soda in between rounds. And one can’t write about Punch Out!! without mentioning Little Mac’s trainer Doc Louis, who offers words of advice in between rounds and hints at your opponent’s weaknesses. And once you win a championship, you’ll get the famous training cut scene featuring Doc and Mac jogging through New York City.

Punch-Out isn’t your traditional boxing game – the gameplay design is all about pattern recognition, fast reaction times and sometimes, patience. Mac has 5 different punches at his disposal – the most powerful is the star punch upper-cut, and his opponents each have their own unique bag of tricks. In order to defeat each member of the rogues gallery, players must figure out how to counter their special moves. What makes Punch Out such a success is that each match plays like a mini boss battle – and every opponent has different boxing styles. In each fight, the opponent has certain mannerisms which act as clues to when he will perform his special move. Because of this, in some ways, Punch Out is like a puzzle game. The major key to beating the game is recognizing patterns. Time is also a major factor since each fight consists of only three rounds which are only three minutes long, which doesn’t allow players to waste any time. Each opponent is increasingly difficult to beat but if there is any boss that plagued gamers back in the days of the NES it has to be Tyson. Tyson doesn’t use the same rules as the other fighters. There is no pattern to his attack, and no method to his defense. There is no obvious tell for when he is going to strike. Mac can duck, dodge, jab, hook and uppercut his way through the match, but one punch from Iron Mike, and you’ll find yourself down on the mat. Mike Tyson was an extremely difficult boss for the time and players couldn’t rely on straight button mashing to defeat him. Beating him not only gave you bragging rights over your friends, but was one of the most satisfying game accomplishments back in the day. And while he may have been removed from future installments of the series, Mike Tyson remains one of the best boss battles in Nintendo history.