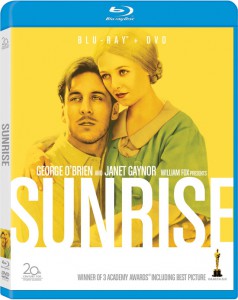 William Fox had seen Faust, Nosferatu, and The Last Laugh, and on the basis of these German masterworks, he brought their creator, F.W. Murnau, to Hollywood. What he got was a truly distinct cinematic vision, which was what he had in mind: something to set a few Fox features apart from the other studios’ output. What he probably didn’t expect was just how much of that “artsy” European touch he was going to get with Murnau on contract. Were American audiences going to go for this type of movie, with its symbolism, melodious structure, and overtly self-conscious style? At any rate, Murnau’s first picture at Fox was one to remember. Sunrise, from 1927, is one of the greatest of all films. It is a touching, beautiful, and artistically accomplished movie, one of the best ever made, and unlike anything to come out of the studio system. And now, available on a new Blu-ray/DVD combo, the film looks great and can be viewed alongside bonus features including a commentary, outtakes, and restoration notes.

Born Friedrich Wilhelm Plumpe in 1888, Murnau, “the greatest film director the Germans have ever known,” according to Lotte Eisner, changed his last name to the town near where he met the Blue Rider group, an assemblage of avant-garde artists. Following World War I, and with a theatrical background that included work with the legendary Max Reinhardt, Murnau set his sights on the movies. Expressionistic visuals and fantastical stories of magic, mystery, and the macabre haunted German screens during the late 1910s and into the ’20s, and Murnau was in on this early with films like The Blue Boy, The Head of Janus, or The Two-Faced Man – a classic example of the doppelganger (a common thematic device of the period) – and The Haunted Castle. Then came an astonishing string of films, all bearing the director’s noteworthy knack for cinematic flair. Murnau’s visual tricks and rich mise-en-scene engrossed the spectator with scene after scene of filmic inventiveness. Following the influential Nosferatu in 1922, other stellar films of awe-inspiring visual ingenuity and imagination surged forth. There was Phantom, also in 1922, and The Last Laugh in 1924 – one of his most remarkable achievements — and Tartuffe (1925) and Faust (1927), the latter considered the pinnacle of German silent production at Ufa studios. In these, there is a full range of technical virtuosity, from special effects to elaborate camera maneuvers to massive sets.

Frustrated at Ufa, Murnau was lured to Hollywood where he went to work at Fox, directing three films: Sunrise: A Song of Two Humans, 4 Devils (1928), and City Girl (1930). Murnau’s artistic ambitions had to be held in check with these latter titles, but with Sunrise, he was able to pull out all the stops.

The story is simple, as are its characterizations. Sunrise is largely dependent on a sense of the film being relevant to anyone, applicable the world over. An early intertitle indicates as such: “This song … is of no place and every place. You might hear it anywhere, at any time.” The song is “sometimes bitter, sometimes sweet.” In other words, not unlike King Vidor’s The Crowd a year later, this story and these people were designed to have a sense of universal commonality. 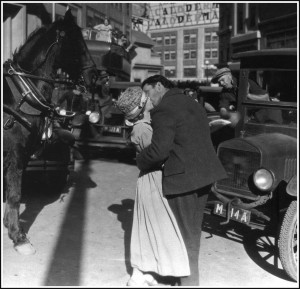 Anonymity informs the three primary characters. The Man (George O’Brien) is tempted by the devious Woman from the City (Margaret Livingston) to not just leave but kill his wife (Janet Gaynor). Life is better in the (also anonymous) city, declares Livingston’s character: it’s exciting, fun, and not nearly as drab as The Man’s current rural existence (the country town is also never identified). Indeed, The Man and The Wife have landed on hard times. Their farm is falling apart, their animals have been sold, and they have little money. The set design bares this out; stark, unadorned interiors give the impression of poverty and a dire lack of means.

Gaynor’s character is plain and unglamorous (much has been made of her poor wig, fitting more like a shower cap, which holds back her flowing head of hair). By contrast, The Woman from the City, first scantily clad, then shown wearing all black, is a classic temptress in her appearance and demeanor. The Man is weak-willed and impressionable as The Woman from the City makes a strong case; an early special-effects sequence highlights the city’s razzle-dazzle. But could he actually kill his wife? The Woman from the City suggests drowning. The Man’s conflict and inner turmoil weigh him down (literally, as Murnau apparently had O’Brien wear weights in his shoes to give him a lumbering, menacing gait). It’s no spoiler to say that he doesn’t end up murdering his wife, as a majority of the picture concerns their path to marital recovery. An ironic twist brings the couple to the very city of enticement, where visual signifiers of urban stimulation and terror bombard them: lights, movement, traffic, people. This stylized yet critical look at an urban milieu was clearly a carry-over from Murnau’s homeland, German cinema during the 1920s doing much to delve into the construction and composition of increasingly modern city life. 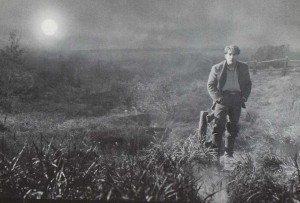 This wasn’t the only remnant of Murnau’s former filmmaking territory. Berliner Rochus Gliese did the extraordinary art direction and Carl Mayer (The Cabinet of Dr. Caligari, The Last Laugh, Tartuffe, and many others) wrote the scenario, which is available to view here, along with Murnau’s notes. And while cinematographers Charles Rosher and Karl Struss were London- and New York-born, respectively, there’s more than a little expressionistic influence in Sunrise; their work on the film would win an Oscar at the Academy’s first ceremony in 1929. An impressively mobile camera (something Murnau was no stranger to utilizing) flows and drifts with airy smoothness; elaborate crane and tracking shots convey a surprising range of mobility. One night sequence in a fog-shrouded field has the camera first following O’Brien from behind. It then moves to his side, then to his front as he continues walking. He exits the frame to the left as the camera pushes forward, stops at The Woman from the City, holds, and he enters screen left. This type of cinematic choreography is stunning. Similarly, the optical effects in Sunrise, all done in-camera, coupled with the set-design, blend lyrical naturalism with a heightened filmic expressiveness. Forced perspective, multiple exposures, and the use of miniatures: Sunrise is a virtual textbook of visual manipulation. Cinematographer John Bailey provides the audio commentary to the disc, and he speaks informatively about the technical side of the film, discussing how shots were, or might have been, achieved.

Two cameras were used in making Sunrise, and subsequently, two versions of the film exist. The American release was an early Fox feature boasting new sound technology, the Fox Movietone sound-on-film system, so it needed room for a soundtrack. The export release was silent. The two extant versions not only contained occasionally different compositions and editing choices (the European version is somewhat shorter), they were released with different aspect ratios. For those interested in noting the differences, each version is available on this Blu-ray/DVD release. In both cases, there was still no dialogue, just a recorded score and a few sound effects in the domestic print. Murnau, however, was never a fan of intertitles (his The Last Laugh was famous for not having a single one, save for an insert of a note the main character reads). By the end of Sunrise, titles are sparse and essentially irrelevant, so much simply — though by no means effortlessly — expressed via the staging, the lighting, the camera, and the performances; Gaynor would win the first ever best actress Oscar, for this film as well as two Frank Borzage features from the same year, 7th Heaven and Street Angel.

Sunrise itself would win one of two best picture Academy Awards given at that premiere ceremony — for “Unique Artistic Contribution,” a category never again acknowledged. This is just as well. With Sunrise as the first recipient, it would have been all downhill from there anyway. 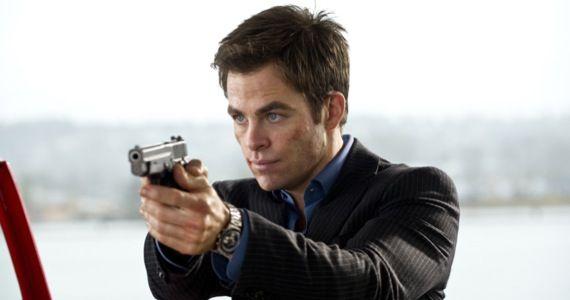 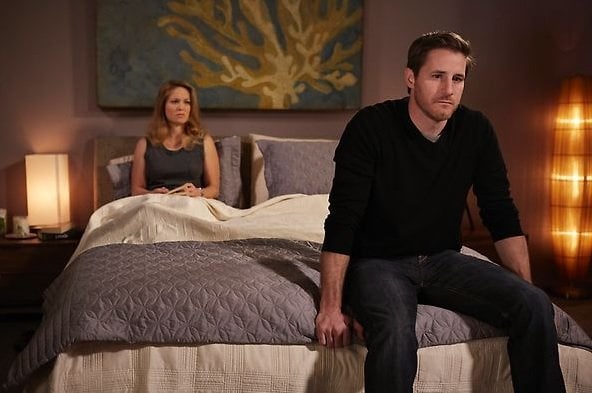