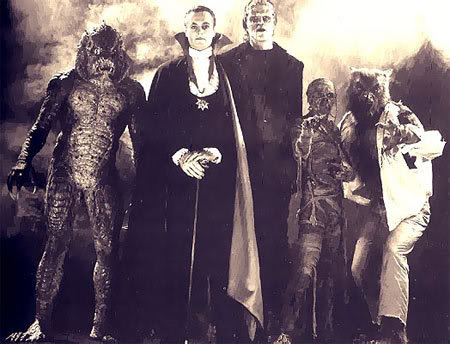 The idea of creating family friendly horror has been around for years. The 90’s saw one of its biggest emergence with the highly popular Goosebumps and Fear Street book series and television series such as “Are You Afraid of the Dark” and the short lived “The Nightmare Room.”

However, it was rare to see horror films that were considered family friendly without being combined with other film genres. Films like Ernest Scared Stupid combined the comedic with horror and Monster Squad combined the action, making these films suitable for younger film audiences.

But what ever happened to straight out horror? More importantly, can a true horror film exist for younger audiences?

This may be properly answered in the next few years.

Two of today’s well known directors have created film companies that will produce family friendly horror films soon to be seen in theaters or directly to DVD.

Director Guillermo del Toro, best known for his films Pan’s Labyrinth and Hellboy, has joined forces with Disney to create the Disney Double Dare You label, which is specifically designated to produce family-friendly horror and fantasy films. Del Toro told contactmusic.com that the company is “part of the canon to create thrilling, unforgettable moments and villains in their classic films.”

The first project for Disney Double Dare You will be Trollhunters, with del Toro slated to produce and possibly direct.

Following close behind in similar footsteps is the present “godfather” of horror, Sam Raimi. Best known for the Evil Dead phenomenon and the Spider-Man trilogy, Raimi has created Spooky Pictures in association with the pre-existing Ghost House Underground label. With similar intentions, the label is set to create family-friendly horror and thriller films for younger audiences.

Spooky Picture’s first project will be The Substitute, a remake of a Danish thriller, about a group of elementary school kids trying to uncover the truth that their substitute teacher is an alien from another world. Exorcism of Emily Rose director Scott Derrickson is set to direct.

With these new companies, both directors will manage to create family-friendly horror films that will gear children up for the eminent horror classics.