The trains of change are a-comin’ to Paulie, yet the Holden clan continues to hold on, if only for a little bit longer (cue music). The mindset of everyone, from Janet to Teddy, is best summed up when Daniel finds himself alone in the house; “What do I do… what do I do, what do I do”, oscillating between pretending everything is normal and trying to sidestep their darker sides. One thing is clear; the foundations of twenty years of suffering (and the emotional attachments that come with that shared experience) are beginning to crumble – which if you think about, makes sense: after all, we have to empty the pool before we can re-paint, right?

Picking up on the threads of the season’s opening hour, “Thrill Ride” is hardly an episode about a joyous car ride; like most events in the episode, the titular ‘thrill ride’ is really an entry into much darker versions of the main characters. Relationships are beginning to fracture, far beyond the romantic implications of Jon and Amantha breaking up; Jared is distancing himself from his parents, Tawney’s in an extremely confused place about her marriage, and Amantha and Daniel can’t even enjoy a simple meal together in peace. As the reality of Daniel’s probation (scheduled to last for 20 years, a bit of news that hits Janet like a ton of bricks) sinks in, the winds of change sensed last week begin to pick up steam, as quickly as Ted Sr. plugging in the inflatable air man and watching it flail up into the sky again, searching for someone to notice him.

Everything that happens in “Thrill Ride”, regardless of character, swirls around Ted Jr.: he’s the topic of nearly every scene, save for Amantha being late to work and dealing with her exuberant brother when she returns at the end of the day (“I just can’t pretend that I give a shit!”). And the picture that is painted of Teddy is very similar to that of Daniel’s passive characterization through others in the series; he’s a man who walks up to the very edges of his own morality at times, detailed with his creepy story about “sweet Julie” and his own wife’s story about his behavior. He’s not an abuser, no, but “Thrill Ride” shows (again, just like earlier episodes have done with Daniel) that Teddy’s a resourceful little manipulator, which has obviously led him to this shadowy emotional place.

It’s not all doom and gloom with Teddy, but there aren’t a lot of encouraging signs; after we get a charming little sequence of him dancing around the house while he’s drinking, he convinces Jared to drive him to where Tawney is staying, where he details his little anecdote about sweet Julie, and how he convinced her to finally ‘give it up’ after pleading and forcing his way in (“I didn’t date-rape her or whatever” fits nicely next to his father’s “gaining control or whatever” when he details to Janet why he kicked Daniel out). Rectify again acts as the great balancer here: while it’s impossible not to ignore the ugly, self-destructive tear he goes on in the last ten minutes, it all comes from a very real emotional place: Teddy feels his life’s been ripped from him by Daniel, who he thinks has tried to appropriate himself into Teddy’s life, be it as a son, a husband, or a friend – and yet, Teddy’s still a very vulnerable figure, beautifully depicted by the episode’s closing moment, where he expresses that he’s not quite ready to leave Mitch’s front porch just yet.

As Rectify begins to transform itself and spread out a little, bringing in Tawney’s history in the foster system and the absence of Teddy’s mother in his life, “Thrill Ride” pauses to consider the emotional implications for its characters and their impending life changes. And no matter if its Janet or Teddy, Amantha or Daniel, they’re all trying to cling onto their old lives, lives they’re refusing to see no longer exist, with Daniel back in the real world. Written by series creator Ray McKinnon, “Thrill Ride” is a clear sign that Rectify is nowhere close to running out of gas, a wonderful hour that shifts away from its main character to draw parallels between him and the other members of his clan, struggling with their own truths and uncertain futures as they all try to “stay just a little bit longer”.

– Ted Sr. literally getting caught with his pants down re: Daniel was a fantastic, tension-relieving moment to open the episode. So awesome.

– Jared’s face when he looks down at the keys is golden. I sometimes wonder if Rectify really has a plan for his character, but it’s always nice to have him around on-screen.

– Turns out Miss Kathy was Amantha’s foster mother, which gives new psychological implications to her recent miscarriage, and really her life as a whole. I love how Rectify doesn’t hang on that moment, instead adding it to the myriad of details that define these characters in three dimensions.

– Peanut had an ‘epidurmis’, so her baby came out real easy. 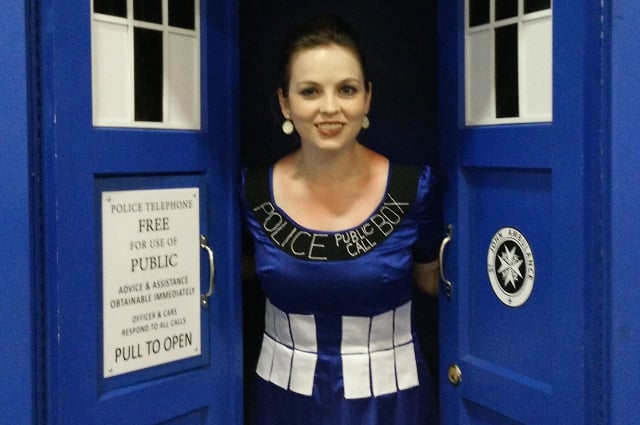