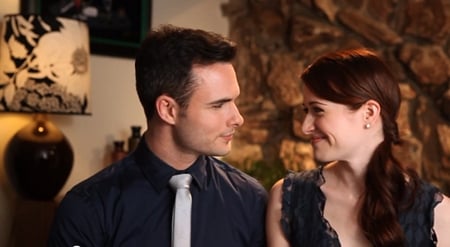 1. The Lizzie Bennet Diaries. A runaway success that sparked a veritable wave of web adaptations of romantic novels and stories, this Emmy-winning series is inventive, romantic, and beautifully executed. Ashley Clements and Daniel Vincent Gordh (particularly the former) handled their iconic Lizzie/Darcy roles with aplomb, and the series pulled a particular coup by casting Mary Kate Wiles as Lydia and reshaping her story as that of a party girl who gets hurt and slowly grows up over the course of the series. The interactions between sisters Lizzie, Lydia, and Jane (Laura Spencer), are warm and real and the highlight of the series along with the slowly-built-up Darcy/Lizzie romance.

The main flaw in the series is that it’s too long – the first 50 episodes chronicle every event that happens in the book, and while book purists might call this praiseworthy, this is a web-series not a BBC adaptation, and since most of the events happen off-camera, the less interesting ones should have been sacrificed for story pace. A streamlined 60-70 episodes instead of the 100 this clocked out on would have made for a more compelling story (my advice is to watch the first few episodes to get the world and the characters, then skip around as you please in the first 40 episodes). Having said that, on the whole this is an impressive and entertaining effort. 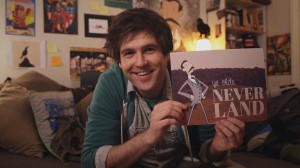 2. The New Adventures of Peter and Wendy. Quirky, witty, and sometimes surprising, this adaptation of Peter Pan is set in small-town Neverland, Ohio, with Wendy a columnist, Peter a comics writer, and Wendy’s brothers Peter and John as a ne’er-do-well slacker and John a neurotic editor. The set design is particularly gorgeous and there’s a touch of magical realism here and there as the series is set in a recognizably real world and yet plays with all the conventions of the Peter Pan fairy tale; the characters frequently jump out of Wendy’s window and sometimes it is easy to for a moment imagine them flying.

Paula Rhodes, who plays Wendy, is an experienced actress with multiple film and transmedia projects under her belt, and she brings a grounded, charming warmth to Wendy that anchors the series. The cast is uniformly excellent particularly at comedy; Brennan Manning as a hyperactive Michael and Lovlee Carroll as combative CEO Lily are scene-stealers.

If the series has a flaw, is is that it is too romance-centered; the series is most compelling when it is exploring all the characters and their internal worlds and trajectories, and in the past few episodes the (ongoing) story has focused largely on internal drama in Peter and Wendy’s relationship, which, while completely adorable, thus far doesn’t have quite enough complexity to take center stage. Regardless, this is an unusual, magical series and has potential to develop into a web-series classic over the course of its projected three seasons. 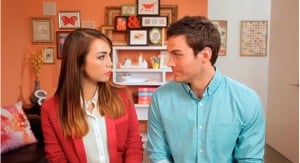 3. Emma Approved. Emma has so, so much potential to be a great webseries, because it’s a story that contains big events – multiple people falling in love, missed connections, rejections, marriages, illnesses, parties – but is also largely driven by small moments: the domesticity of Emma’s home and the ease yet growing attraction of her relationship with Knightley. Unfortunately, this adaptation capitalizes on neither; thus far almost every single plot event has happened offscreen, and 50 episodes in, Knightley appears in at most every other episode. Knightley (Brent Bailey) and Emma (Joanna Sotomura) have an easy, delightful chemistry, and they have periodic sweet moments that light up the series, but most of the screentime is taken up with other characters and storylines, most of whom are poorly written or delivered.

Emma has been re-positioned as an event planner and life coach, with Knightley as her financial officer and business partner. Harriet and Jane are ultimately written as her employees, and are bland, bland characters. In a world with as small a scope as a webseries – and lacking Austen’s fluid, delightful prose – it is vital that the supporting characters be very nearly as fascinating and endearing as the leads. One could argue that in the book itself Harriet and Jane aren’t particularly interesting – but part of the reason The Lizzie Bennet Diaries succeeded was because it took a dislikable character (Lydia) and re-imagined her in such a way as to transform her into a hugely entertaining and ultimately likable character.

Production values are extraordinarily high for a webseries – it’s beautifully shot and acted. From the same production team as The Lizzie Bennet Diaries, it’s ambitious, but is limited by a lack of imagination. 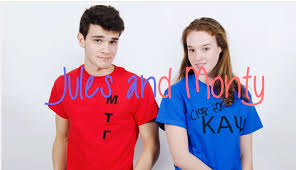 4. Jules and Monty. Written, produced, directed and acted entirely by Tufts University students, Jules and Monty is an uneven but sometimes gripping adaptation of Romeo and Juliet. Jules Caine is a freshman at the University of Verona, where her older brother is the head of fraternity Kappa Alpha Psi. She meets and falls for sophomore Romeo “Monty” Montgomery of rival fraternity Mu Tau Gamma.

At 18 episodes long this would have been helped by being either half or twice that length: the first 10 episodes are a fun ride as they show Jules and Monty falling in love, but the final 8, covering the trajectory of their fall, are much weaker and less convincing. Most disappointingly, the series ends on a low note; it’s understandable that the creative team felt they couldn’t stray so far from the source material as to give Jules and Monty a happy ending, but what they choose instead just leaves a bitter taste in the mouth.

Production values are lower than most other series on this list but it takes more risks by incorporating multiple locations and a moving instead of a static camera; some pivotal action scenes are filmed live instead of vlogging about them later. And while the writing don’t stand out, the acting does. Edward Rosini (Monty) has that elusive spark of vivid charisma and the inimitable, gangly charm of a Jay Baruchel. Evey Reidy positively shines as Jules’ best friend and appears as one of those rare individuals born for the camera. Overall, flawed but an interesting attempt. 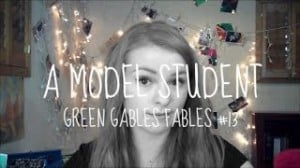 5. AnnewithanE is (you guessed it) an adaptation of L.M. Montgomery’s Anne of Green Gables. Mandy Harmon, who is both director and lead actress, is a great fit for the character and brings all the bubbliness and energy of the beloved character to life. Production values/costuming are both presentable, but the plot and writing drag.

The thing about the first book in the Green Gables series, which is what the series is based on so far and not the later books, is that not a great deal happens. Orphaned Anne is adopted by Marilla and Matthew of the Green Gables farm on Prince Edward Island, befriends Diana Barry, meets Gilbert Blythe, and well…that’s mostly it. All the action and plot events and almost all the romance happen later in the series, and this hugely negatively impacts the web-series. 14 episodes in, Anne’s life remains largely static and Gilbert hasn’t even shown up yet. Harmon as Anne is reduced to discussing studying and her moods for large portions of the episodes.

Adapting stories between mediums – print to live action – sometimes necessitates a fluidity of approach, a willingness to sacrifice certain aspects of the original story in order to do full justice to others. This web-series would profit from greater fluidity and a little less direct faithfulness to source material.

The recent explosion of original web-series and literary adaptations, and the runaway success of a few of them, shows a hunger on the side of both creators and audience to see this type of media. What book would you most like to see adapted into a web-series? 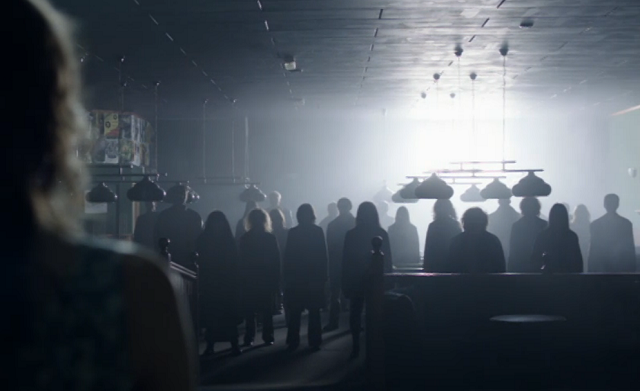