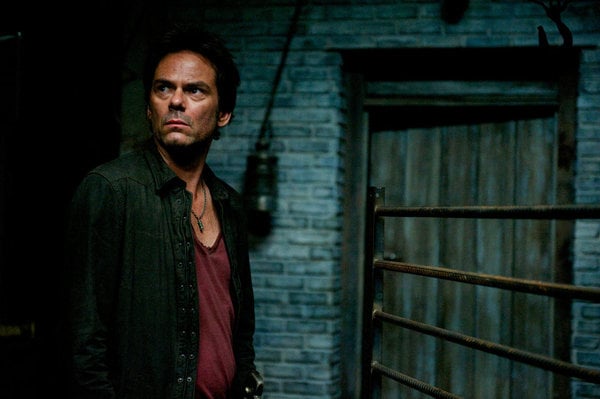 The problems with “Patriot Games” start right at the teaser. Charlie is grabbing a drink alone in a bar. She’s just about to leave when a gang of burly men appear ready to commit unspeakable acts of horror on her opiate-weakened body, despite her best efforts in fighting them off. She luckily manages to escape, with the aid of Monroe. Charlie is one of just two women in the main cast, both strong characters most weeks, and yet both are subject to overt rape threats this week. Later, Rachel is also held captive, unable to stop the man intent on killing her from running his fingers across her cheek as he admits a long-held crush toward her. It’s a hugely unfortunate approach the writers have taken in reducing their main female characters, even if Rachel manages to escape her predicament through her own volition.

Yet if the other aspect to Rachel’s story this week is anything to go by, it’ll all be forgotten by the next episode. Last week, we ended with the U.S. military rolling into Willoughby as Rachel lay motionless, struck down by a wayward arrow. After just a “few days,” she’s back on her feet and getting into trouble as if she were never anywhere near death (there’s zero evidence the magic nanobots had anything to do with her rapid recovery). The lack of long-lasting consequences to drastic plot points is often a problem in television, but when one of your leads suffers a potentially fatal injury one day and is on her feet soon after as if nothing ever happened, you might want to rethink your script.

Miles is also placed into a vulnerable position by the writers this time around. He has trouble fending off one man, who is not a highly trained combatant, despite us just watching him kill four guys with his bad hand while distracted by Rachel’s injury last week. He succeeds, of course, and so we say farewell to one of the more interesting villains we’ve had so far. Titus was a completely horrible human, but his usefulness to the plot died as the Patriots rose from the ashes. 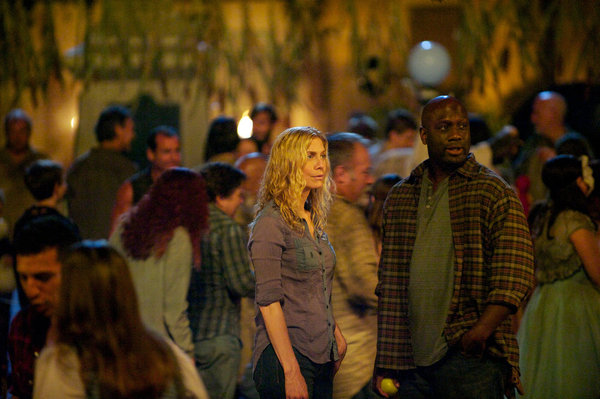 Thanks to his mythical resurrection through the nanobots and his awesome pyrokinesis, Aaron’s quietly turning into the show’s most compelling character. It seemed his time on the show reached a natural end when he died in the premiere. However, the hacker who was the only person capable of controlling the nanobots when the computers were active last season now seems to have a new way of controlling the billions of tiny machines. Revolution probably would have worked better as a straight genre show, yet Aaron’s sudden mind control powers add a new dimension to the Weird Science aspect, one that definitely holds intrigue.

Yet again, Giancarlo Esposito takes this week’s MVP award. Given a captivating if straightforward thread, he plays Neville beautifully as the former Monroe Republic official uses his sleuthing skills to discover a weakness in Cooke and use it against him. Esposito’s spitting pure fire, as Aaron mentally conjures some up. But why Neville bothers wiping down all the surfaces in that drug den is a mystery in a world where forensic evidence will be much harder to track down.

Neville and Aaron are the only principals to truly move forward this week (we already knew the Patriots were a sketchy lot, Miles and Rachel. And Monroe and Charlie? We always knew you guys were bound for Willoughby). We just hope Aaron hasn’t forgotten how to unconsciously burn bad guys alive by the next episode, even if his killer moment fails to wash away the horrid taste of unnecessary rape threats.