Hosts: SNL always goes whole hog for the holidays, but this season in particular has a distinct “eat your vegetables before you eat dessert” quality to it. Viewers have had to wade through a lot of bitter and not very fun hosts and sketches up to this point in the season, but the audience’s patience is rewarded with the homecoming of two of SNL’s favorite daughters, and arguably the most creatively successful of their class, to cheer everyone up for the holidays. Tina Fey and Amy Poehler’s chemistry and friendship is something that is beautiful and can’t be tarnished. They’re just joyous and full of energy, sharp and quick witted. It’s hard to talk about them critically without making it sound like fawning, but that’s the quality they bring out people, mostly because they’re just the best. So what if they make it hard for us lowly culture writers to say anything substantive or original about their performances? That’s a good problem to have.

Musical Guest: Bruce Springsteen presents a similar problem as his hosts. At this point the Boss is an institution, someone who is expected to show up at important moments and do his thing at a consistent level of quality, occasionally doing something transcendent to remind us how he got to be an institution in the first place. Bruce’s performances tonight fall into the “just fine” category, but “just fine” for Springsteen is a level of spirit that most acts can only wish to attain. Of course, even a “just fine” Springsteen SNL set ends with a warming rendition of “Santa Claus is Coming to Town”, with Sir Paul on jingle bells.

See also  TJFF 2012: ‘This Is Sodom’ is everything the name suggests

Best Sketch: “Meet Your Second Wife” is the kind of sketch that reminds one why they still watch this show. The sketch only has one joke, paraded out three times, but when the joke is as cutting as this one and executed with aplomb by SNL’s best, it hardly matters. Tina and Amy play game show hosts who have access to knowledge of the future and use it to embarrass doofus husbands by trotting out their future second wives. To hear the audience vocally cringe as the first “wife” is revealed to be a junior high-aged girl is soundboard perfect. By the time the sketch is over and the last “wife” is revealed to be still in utero, the audience is moved to gut-busting laughter. It’s one of those sketches that seems to smack you in the face with its obviousness, but can only be pulled off by smart people firing on all cylinders. Watch it once a week, just to make sure you still have the capability to laugh. 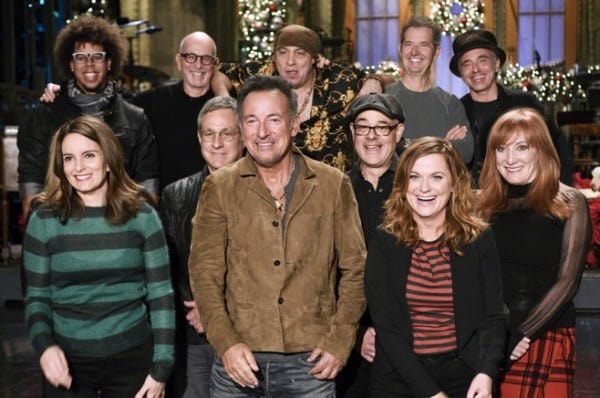 Worst Sketch: Solid episode, so no truly rotten sketch. The poorest sketch is the variety show sketch. This is a type of sketch the show throws out multiple times a year, where there is some kind of thin framing device that is used in the transition of increasingly bizarre actors acting increasingly bizarre. The best of these sketches, like Jason Sudeikis and Will Forte’s ESPN Classic announcers, work because the frame makes enough sense not to cause the audience to question the structure during the sketch, and throw enough jokes at the screen to make it not matter. With this variety sketch, the bizarre characters are trotted out like an inverse pyramid: You don’t open with fake-drunk gibberish spouting Maya Rudolph if your closer is a one-note Cosby/”Baby It’s Cold Outside” joke. Both are funny, but if you’re going to start that hot, then you can’t build to anything, and escalation is key to comedy. (For more on this, check out my forthcoming book Really Easy Observations About Comedy Structure Made By a College Student). Still, fake-drunk gibberish spouting Maya Rudolph is worth whatever machinations are needed to bring her out, so no big complaints here.

See also  How Leslie Knope Made Me a Better Person

Weekend Update: This might be the most comfortable Jost and Che have looked in all their tenure, which is doubly impressive given that there are hall of fame Update anchors just waiting in the wings to come in and show you up if you lose a step. Jost (who appears to have been wearing the same outfit all season) has settled perfectly into his elevated dad-joke groove, such as with the screaming potato and Star Wars spoilers jokes, and Che can work backwards from crazy stories to biting commentary better than most, like last week’s Ben Carson/Minions joke and this week’s bullied monkey/Jeb Bush joke. Siting in front of that map week in and week out is a huge honor, thanks to the likes of Fey/Poehler/McDonald/Miller/Chase, so to see that Jost and Che (seemingly) have a rhythm down and are comfortable with the rolling chairs is a good sign of things to come. (Tonight also has the first appearance of a brand new Kate McKinnon crazy person who doesn’t know anyone’s name and eats baked salmon the whole time. A+ stuff).

Other Notes: That’s it for SNL in 2015. Thanks for reading along, and see you on January 16, when hunk and Star Wars villain Adam Driver will be the show’s host. Until then, happy holidays!