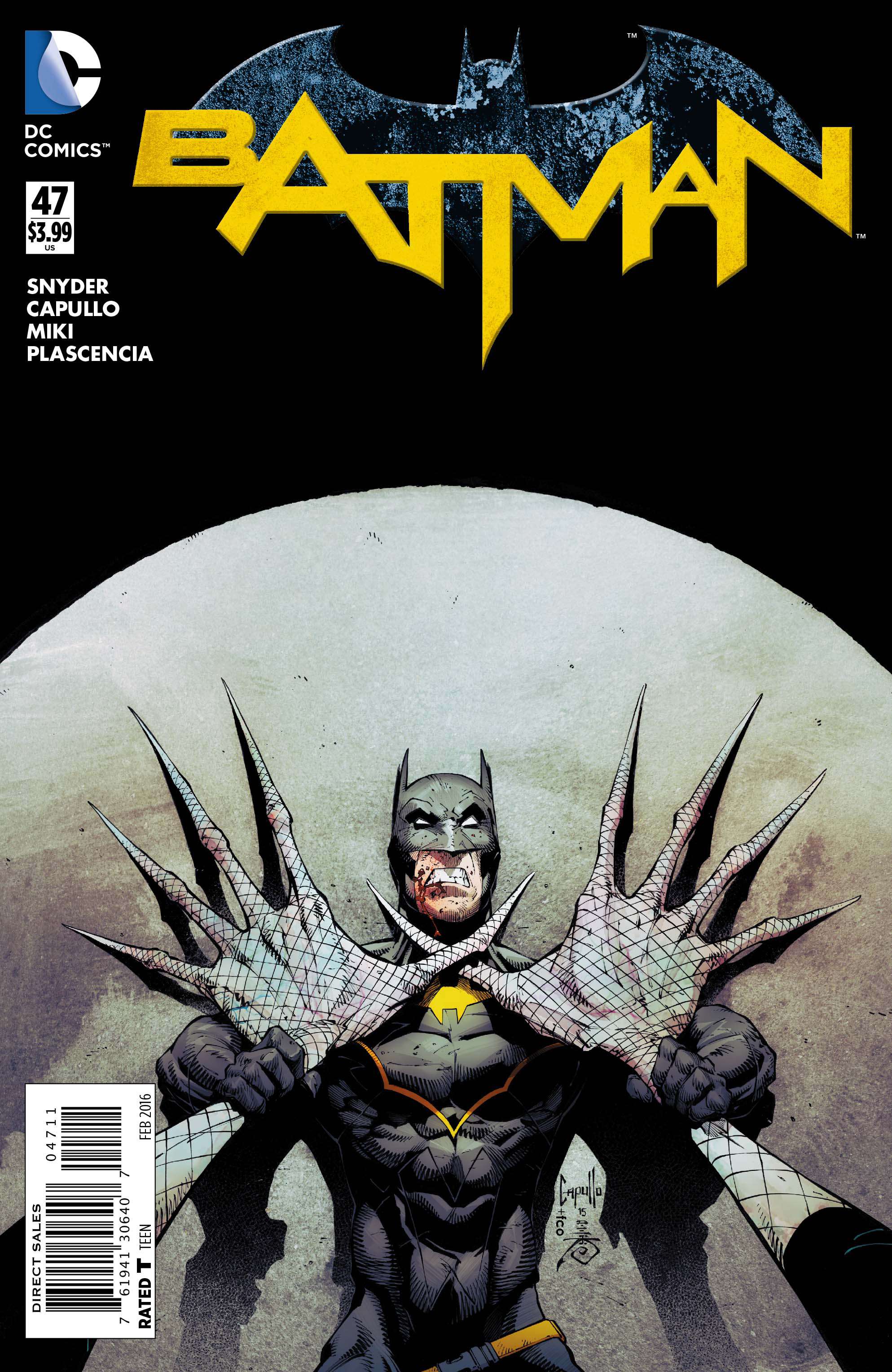 In the latest issue of Batman, Scott Snyder cannot let the writing or the art stand alone to actually tell his and Greg Capullo’s story  Snyder just doesn’t appear to trust the storytelling in this issue so he has to layer in voice-over narration over the action, with the latest Batman James Gordon talking about a monthly card game that Harvey Bullock holds to teach Gotham Central Police Department cadets an important lesson– at any point Gotham can turn against you.  Bullock has his own version of the wild card in play in these games that pop up at random, drastically changing the game that the cadets are playings.  Batman #47 is all about those wild cards that can change the game, particularly the one wild card that has been the wildest and most dangerous element in Gotham City.

The wild card concept that Gordon has on his mind is relevant to this issue but for some reason Snyder hammers it home with the narration.  Whether it’s the tricks that Gordon has up his Bat-sleeve to defeat his Bloom-controlled armor or Bruce Wayne being forced by a young boy dressed up as a Robin to start to question the holes in his memory as he would any other mystery,  this issue begins to introduce these unseen elements into the story.  The roles and functions that these elements are going to play are obvious without being driven home by the narration, which acts as Snyder’s own Chekhov’s gun; if a concept is introduced in the narration in the beginning of the issue, that concept will be manifested in a character or characters by the end of the issue.

See also  'When The Dragon Swallowed The Sun' - an ambitious, holistic and exhausting documentary 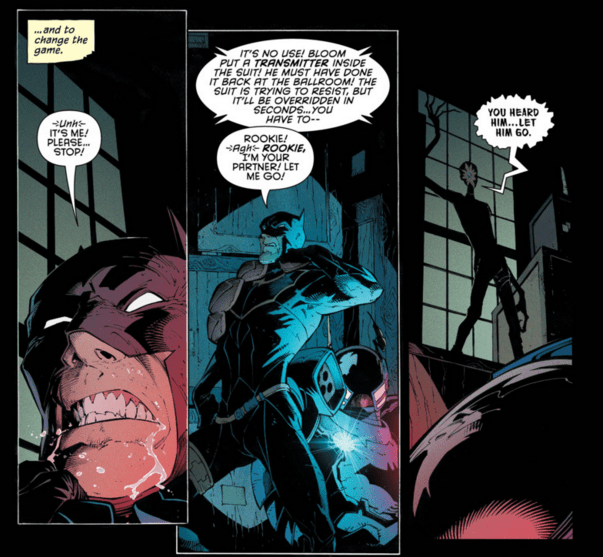 If the narration in Batman #47 had been left out of the issue, Snyder and artist Greg Capullo’s story would still play out the way that they want it to.  Since the start of the Gordon-as-Batman storyline, they haven’t played coy with the death and rebirth of Bruce Wayne.  In the issue after his death, he showed up alive and breather.  Wayne’s story has continued even as he had no memory of who he was in a past life.  Even if Batman didn’t exist in his memory anymore, the parts of Bruce Wayne that were Batman still exists.  And that’s what Duke Thomas, the boy who has passed in and out of Bruce Wayne’s life, tries to get Wayne to realize.  As Bruce starts to work through his memory loss, Snyder and Capullo introduce Bullock’s wildcard, the Gotham Card, into Wayne’s life in a figure who is as important to Gotham as Batman is.  It’s a wonderful twist to the story that doesn’t need the overbearing narration to define the meaning of the final panels of this issue.

Within the story of Wayne and the wildcard, the story of Gordon and Mr. Bloom becomes a distraction.  The buzzing of Commissioner Batman’s time with the cowl is undermined by the story that Snyder and Capullo seem to want to tell, a story that has ran through “Zero Year”, “Death of the Family” and “Endgame.”  This story, “Superheavy”, becomes unnecessary ballast dragging down the story of Gotham City that has been building through Snyder’s time in Gotham.  Snyder and Capullo must feel the need to have a Batman in this book so they’ve forced Gordon into a role that’s foreign to him, which is kind of the point.  But by doing that, they’ve cast him in the thankless position of being just another temporary Batman, who’s time in the cowl is destined to be just another footnote in the history of Bruce Wayne, Batman, and Gotham City. 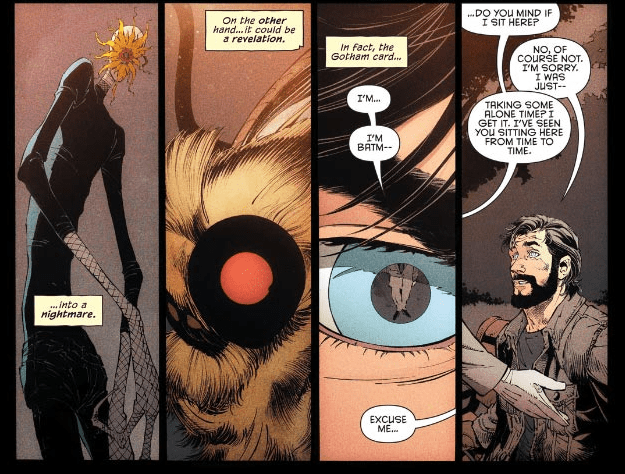 Instead of telling a story about James Gordon, this issue demonstrates that he isn’t the driving force of this storyline.  “Superheavy” isn’t about Gordon learning to be a superhero instead of a cop, which would have been a much more fascinating story to see.  It’s about Gordon doing his time filling in the role of Gotham’s Dark Knight protector.  There’s no purpose or greater calling for Gordon and that’s why his story ultimately ends up feeling so inconsequential.  Even at the beginning of his time as the Batman, his role in the cowl feels so much more meaningless than previous replacement Batmen.  The story of Batman is ultimately the story of Bruce Wayne.  The ending of Batman #47 reaffirms that Bruce Wayne is still the most important character in Gotham City, whether or not he remembers he is Batman.