I kicked off Saturday at SDCC 2013 almost indulgently, skipping the crazy lines in favor of a sit down breakfast with a group of lovely, intelligent ladies. Then I made my way over to the convention center to get in for the Ray Bradbury panel- as a fan of his, I was disappointed to miss the panel next year and wasn’t quite sure what I’d get from this one, besides knowing that Edward James Olmos and Joe Mantegna would be there. The room was crazy beforehand, filled to the gills with Magic the Gathering gamers, there to see the early art for a forthcoming expansion. This is one of the great things about ComicCon- being focused on a particular area of interest, it’s easy to forget how many completely different Con experiences are happening around you. I don’t care about collectible card gaming (give me my d20 or an insanely complex board game over a deck any day), but this audience was incredibly excited to be there, and this was likely for many their highlight of the day, if not the weekend. Enthusiasm is infectious and I have a feeling the next time my CCGer friends start deckbuilding, I’ll at least be able to follow what’s happening a bit easier.

The room completely cleared afterwards, allowing me to sneak up to the front row (a SDCC first for me), and my fellow panel attendees and I waited to see just what this panel would be. It turns out there is a documentary about Ray Bradbury titled Live Forever that he collaborated on for about seven years that is now complete. We heard from participant in the documentary and friend of Bradbury Edward James Olmos, who was selling the documentary hard, as well as narrator Joe Mantegna, the director, composer, and other members of the crew. It was great hearing stories about Bradbury and seeing the emotion each of these men had about the author. Perhaps the most interesting panelist, though was a young man on the end, who interviewed many people, including Bradbury, for the documentary while in his early teen years. Unfortunately, we didn’t get much of an opportunity to hear him speak about his experience on the film, as most of the audience questions were geared towards the director, but the added element of a subject being interviewed in such different ways, by a child as well as the director, is interesting. We also saw a clip from the film, which seems appropriately strange, and got to see Malcolm McDowell (who had to pull out from the panel on short notice) recite some of Bradbury’s poetry, also included in the documentary. This is clearly a passion project for all those involved, and though the footage featured surprisingly low production values given the names attached, it certainly will be one I look out for, should the film become available.

Afterwards I scrambled over to the Adventure Time Encyclopedia panel, anxious to see it as I’d missed the show-specific one on Friday. I got one of the final open seats and sat back for a wholly entertaining hour with the creators and much of the voice cast of Adventure Time. Two of the cast wrote this encyclopedia and it seems like a must buy for fans of the show. The approach of the authors, including significant chunks in the voices of various characters and focusing on the humor of the series, feels wholly appropriate for the show and while the mythology will undoubtedly change over the course of the show’s run, threatening to invalidate this encyclopedia, it can always be re-edited and rereleased in the years to come, and given the fan reaction on display in the room, it probably should be. My ComicCon rule that any panel with voice actors will be fun continued to prove correct (my earlier SDCC 2013 exemplar being The Venture Bros.) and it was great to see Tom Kenny appear out of nowhere to read some Ice King fanfic included in the encyclopedia in the character’s voice. Adventure Time may have been the single most popular property at SDCC 2013, even topping Doctor Who, and this, along with my affinity for the few episodes I’ve seen, has convinced me I should catch up with the rest of the show before next year.

Next was the Grimm pressroom, which I will write up separately, and the final panel of the day was for Strike Back, the Cinemax action series that remains critically praised, but underseen. I tried to get in for part of the Batman: the Animated Series panel that preceded it, to no avail, but while I had been completely unfamiliar with Strike Back, I wound up having fun. The panel featured several clips and behind the scenes promos for the upcoming season and it appears to be one of the craziest shows currently on television. It’s most definitely not for everyone, but its brand of ‘80s action machismo and seeming dedication to honest depictions of special forces soldiers piques my interest. Frankly, the stories of filming seemed just as crazy, if not more so, than the actual footage; from hearing that the actors were out-pacing the helicopter filming them on their motorcycles and had to slow down, to stories of swimming in crocodile habitats, to the ridiculous numbers of explosions onset, this sounds like one hell of a working experience. Perhaps the highlight of the panel, though, happened during the Q&A, when a man with the same last name as the season’s new Big Bad (al-Zuhari) introduced himself to ask his question- the crowd roared with laughter and applause. The panel may have gone on a bit long for this non-fan, overrunning its end time by at least 10 minutes, but moments like these made up for it.

Saturday finished up with the GeeksOn meetup at the Yardhouse, complete with TV talk, closeup magic, and (at long last) some skinny margaritas (my Con beverage of choice). I made sure to get to bed early, though, because Sunday would bring the dreaded Hall H line. 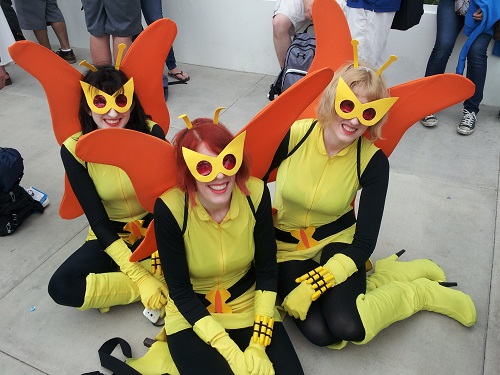 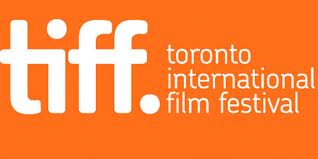