From its opening sequence set in the point of view of a driver’s seat headed down the streets of Edinburgh, with the techno sounds playing in the background, audiences back in 1994 must have known they were in for something dark, hip and very different. Boyle’s talent was apparent right from the start with those overhead rotating shots closed in on Christopher Eccleston’s head. In his big-screen directing debut, British film maker Danny Boyle demonstrates wit, patience and shows what he can do with little resources and a limited budget. We knew we had a star in the making.  Invoking the memory of Alfred Hitchcock, Shallow Grave is a deadpan, nihilistic thriller, best compared to The Last Seduction and Red Rock West – with an overcast similar to the Coen Brothers’ Blood Simple and Sam Raimi’s A Simple Plan. Shallow Grave darkly plays as a work of both noir and black comedy with its multiple twists and nefarious cast of characters. In 92 minutes, we see the trio of yuppies transformed from smug, arrogant elitists into back-stabbing thieves and murderers. Boyle injects a touch of comedy throughout, making us laugh in the most macabre moments. Even the music has a sense of humour. Nina Simone sings “My Baby Just Cares for Me” as shots of the trio of roommates celebrating are intercut with a corpse draped in red satin sheets.

Working from a cleverly honed script by screenwriter John Hodge (who cameos as a police inspector), Shallow Grave is very dark British satire with a simple setup. This tight little thriller is a parable about the effects of greed on friendship. What would you do if you found a huge amount of money? It’s a plot worthy of Hitchcock, and Boyle’s relentless homage comes complete with dutch angles and shots lifted wholesale from the Master’s greatest hits. Ewan McGregor stars as a cynical, wisecracking and extremely rude journalist. Kerry Fox plays the flirtatious doctor Juliet and Eccleston is the the reclusive accountant David, whose quiet demeanour masks a monster in the making. Juliet, David, and Alex are some of the most mean-spirited individuals around. They’re totally self-centred and more obnoxious than clever. Much like any film that features the discovery of a large sum of cash, Boyle’s characters find themselves in hot water, and discover that they’re not so clever after all. Unlike Hitchcock’s best, the murders in Shallow Grave are far from perfect and the disposing of the bodies is excruciating to watch as they desperately hack away at the bones of the dead in a scene reminiscent of Scorsese’s Goodfellas. Back at the flat, the situation heats up as best friends turn on each other.

“But Juliet – you’re a doctor! You kill people every day!” Shot in only 30 days, Kave Quinn performed miracles transforming the flat while the crew shot sequences in other rooms. The flat itself is so inviting, spacious and tidy that you can understand why the trio could spend most of their days barricaded inside, separating themselves from the rest of the world. The colour scheme for the flat was based on Edward Hopper’s famous painting Hotel Lobby and the the beauty of it, is at odds with the people who reside there. The spiral staircase to the flat parallels the downward spiral the characters descend through and the dark depressing attic, lit only by bullet-like-holes, acts as the only safe haven. Brian Tufanos’ camerawork is truly marvellous, heightening both the frenetic pacing and the desperate comic air the film sustains throughout. With every new angle something new in the flat is discovered or rediscovered much like the personalities of David, Juliet and Alex. Tufano who previously worked on Quadrophenia and later re-teamed with Boyle on Trainspotting is the secret weapon here. His catchy visual flair as well as Hodge’s tight script and Boyle’s debt direction make Shallow Grave one of the best films of the 90’s – an old-fashioned tale of greed that is quite disturbing at times. The final shot remains one of my all time favourite. 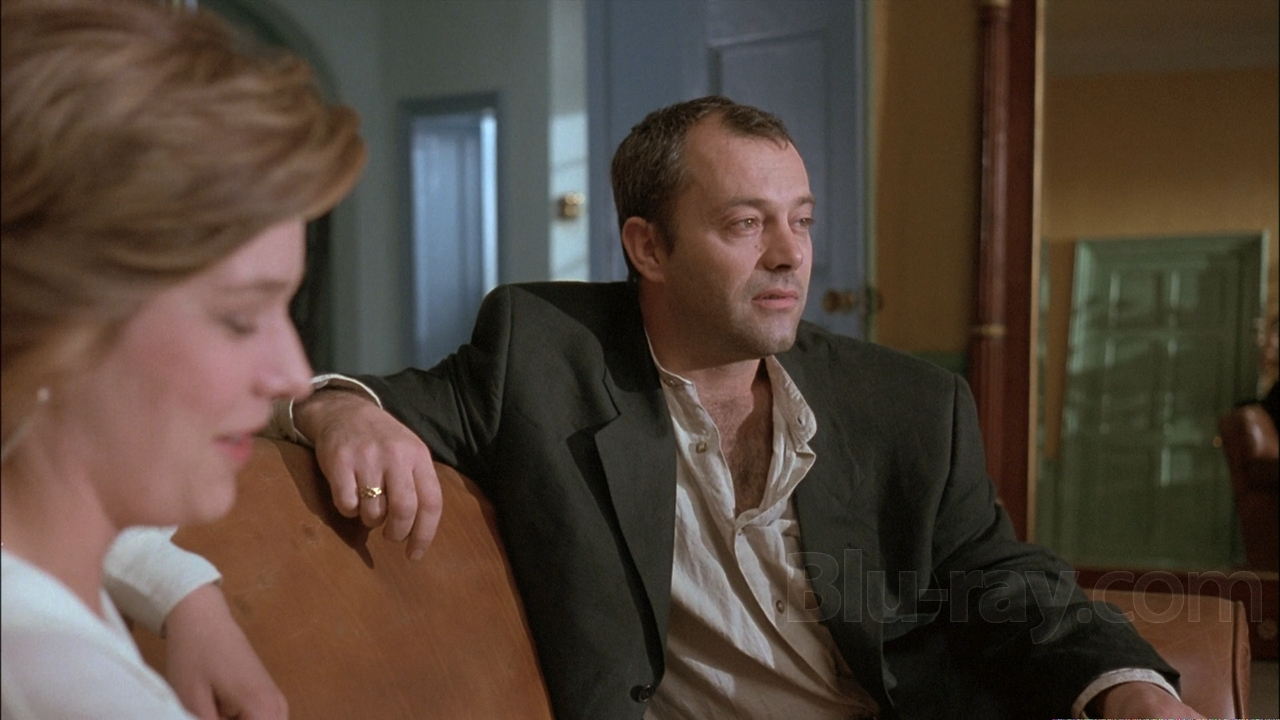 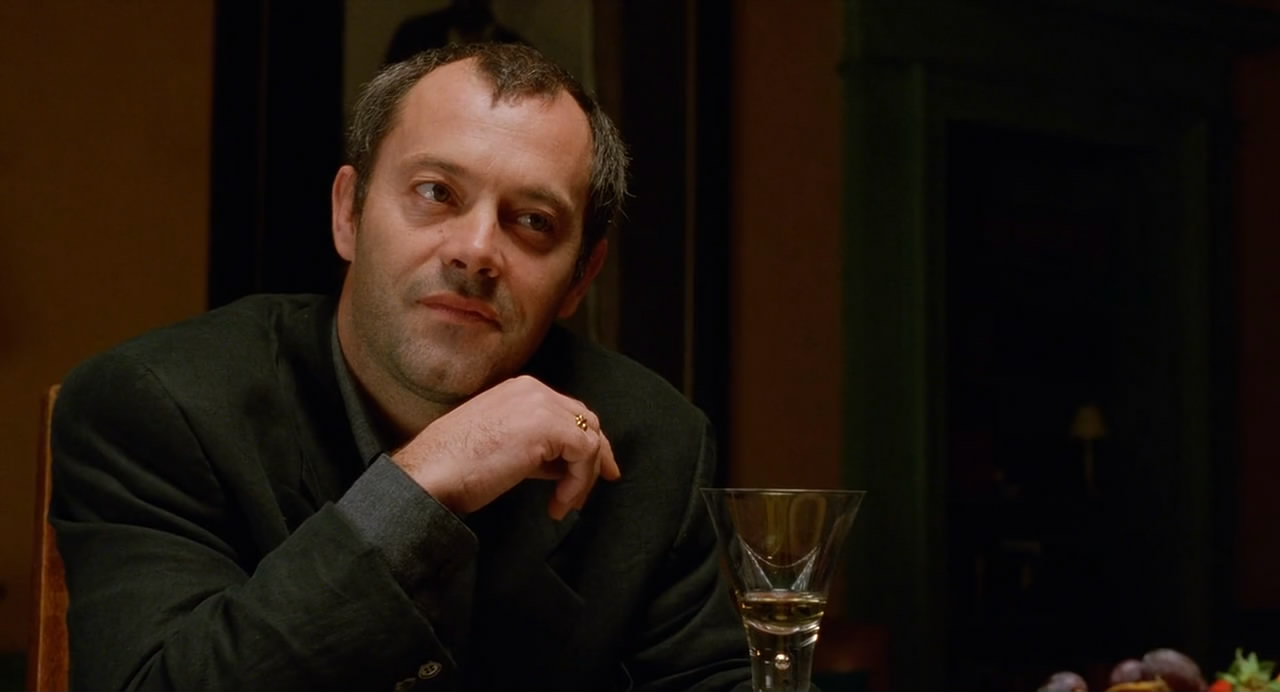 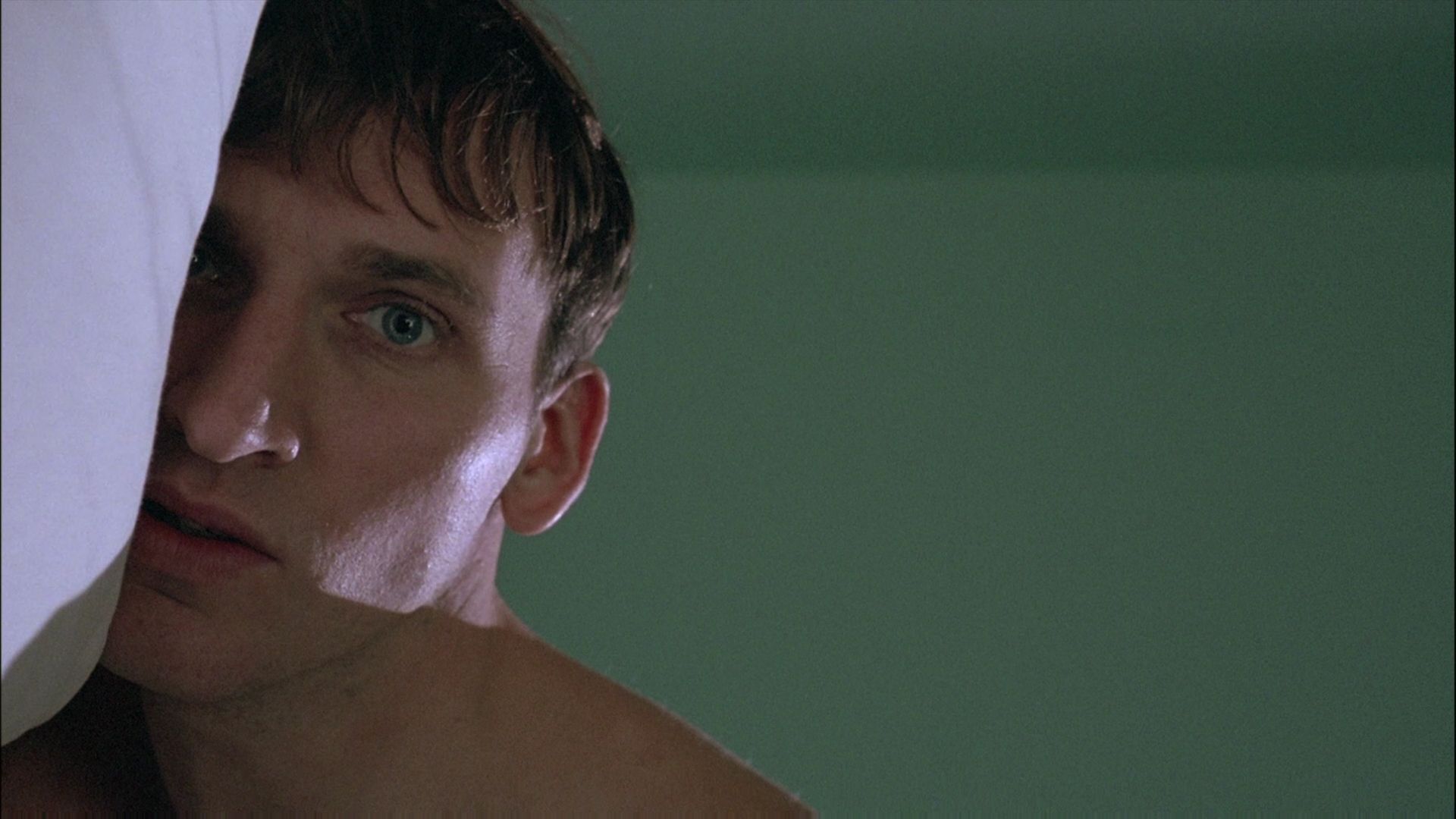 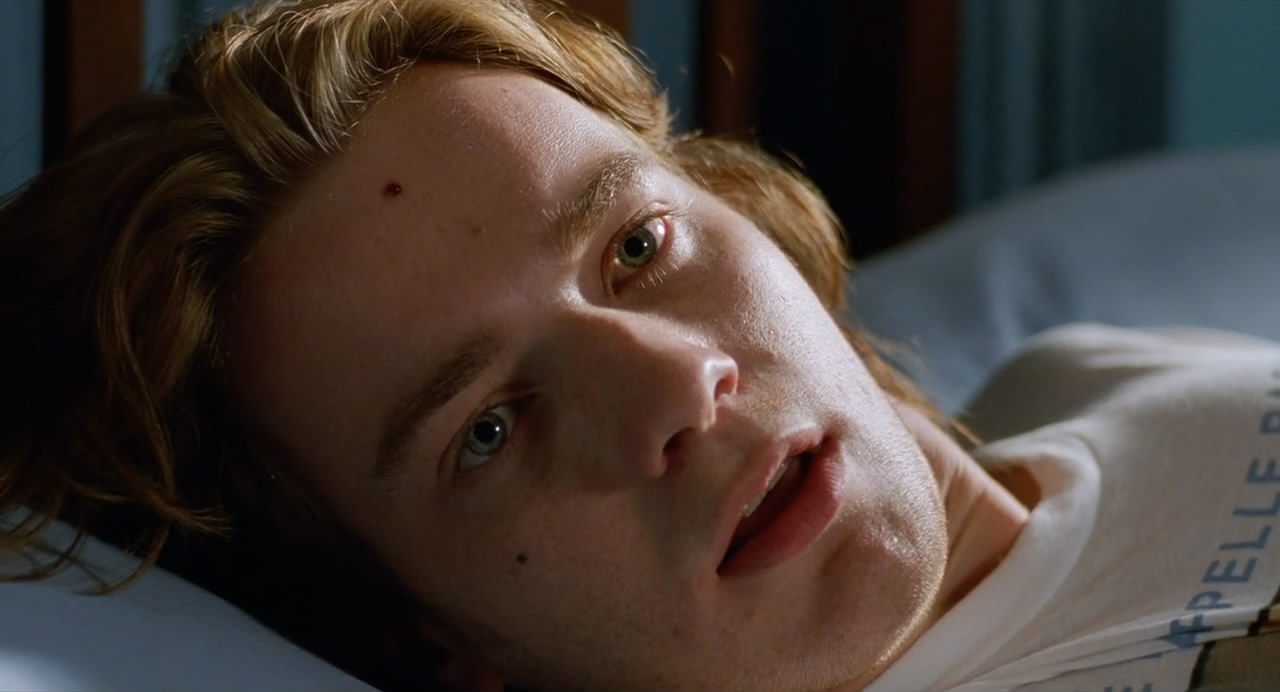 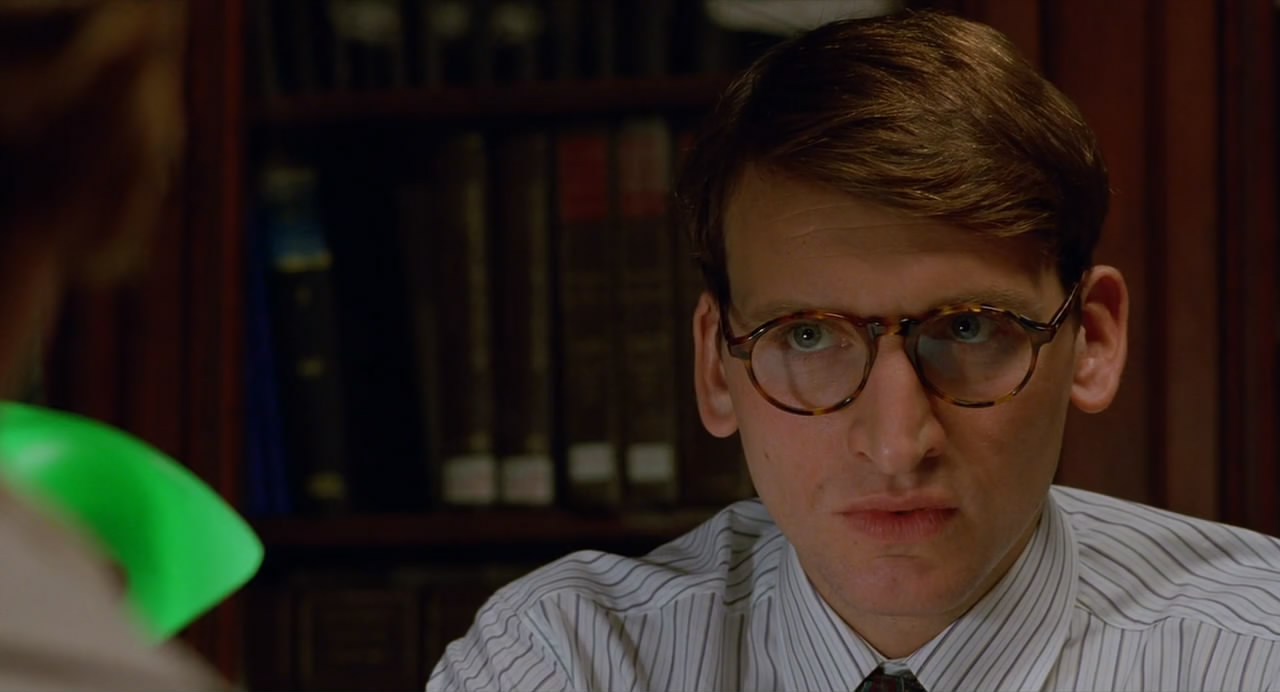 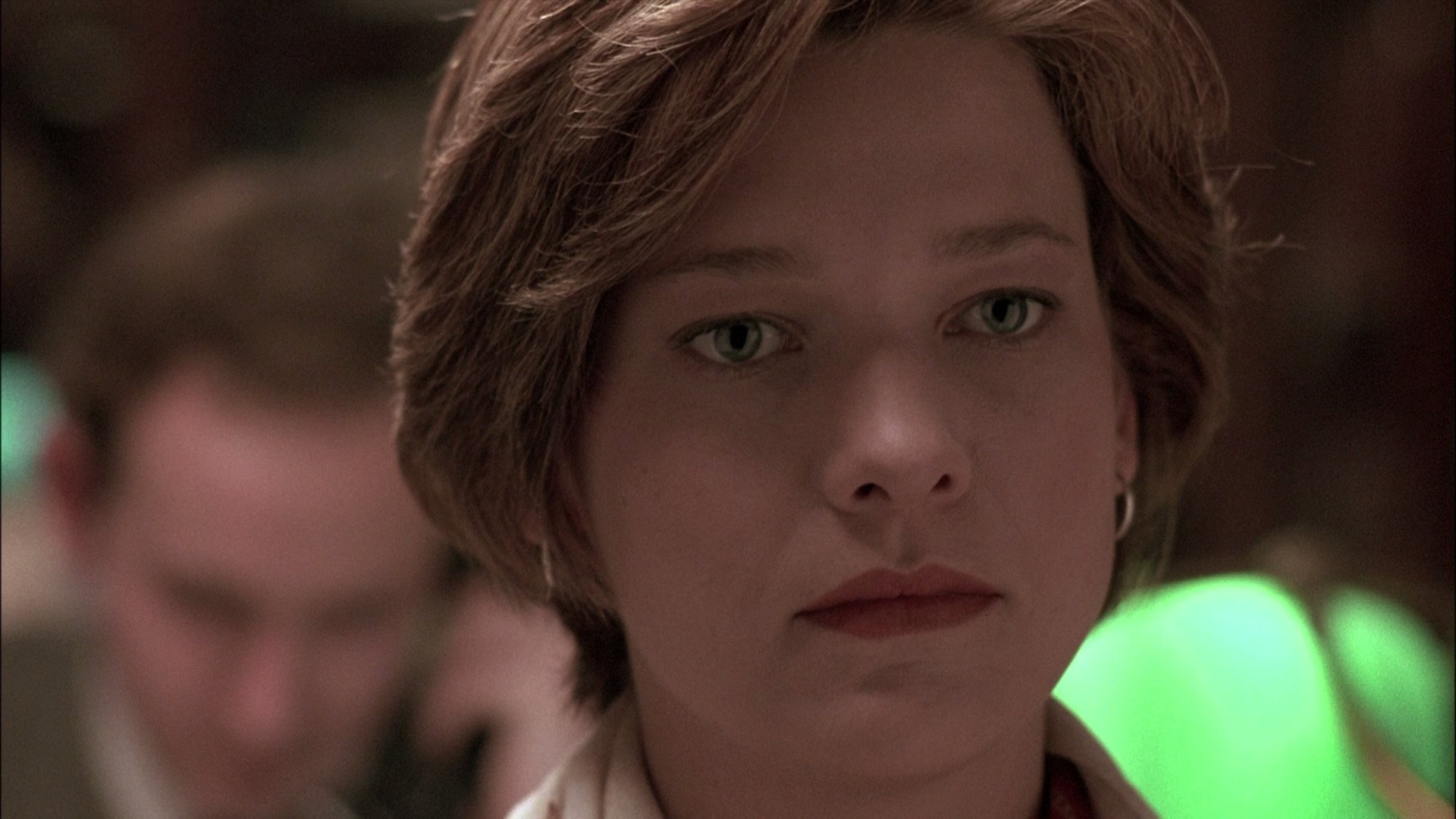 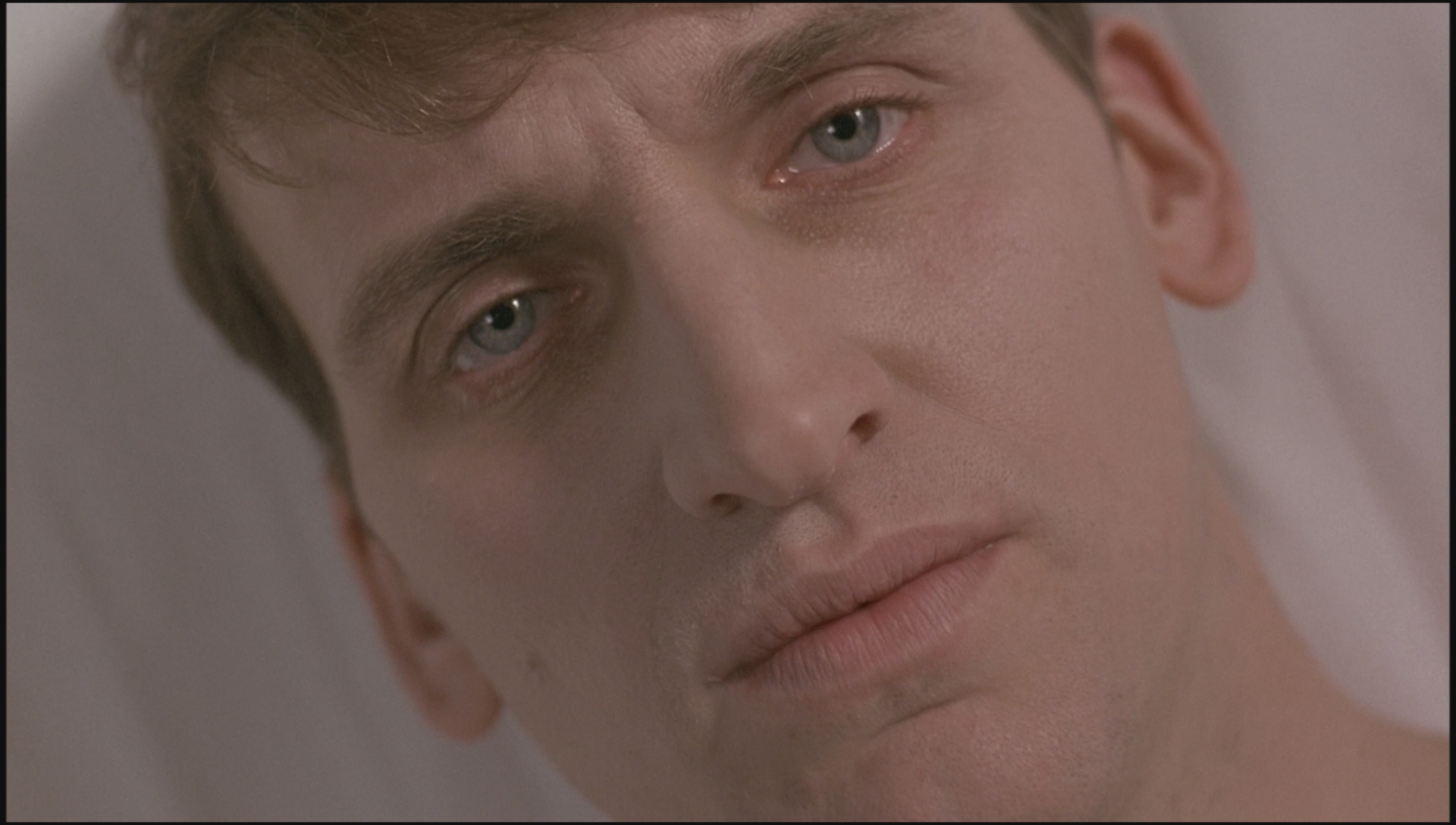 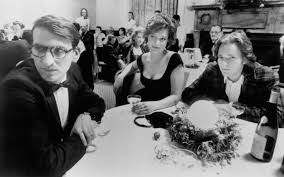 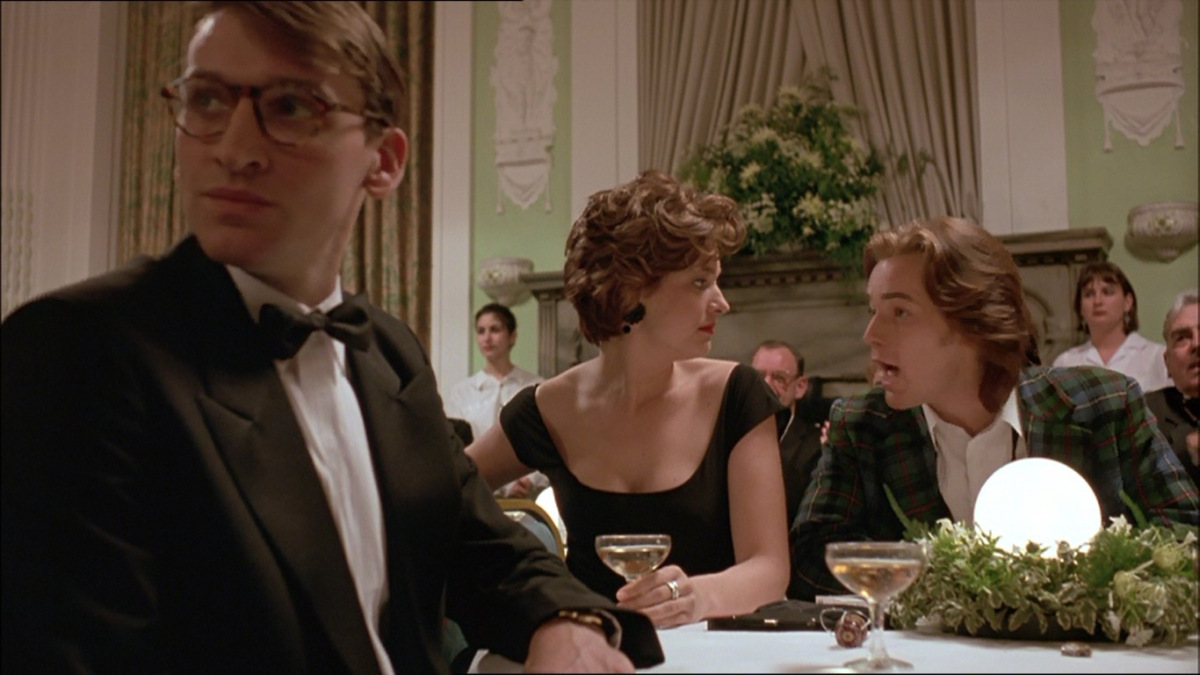 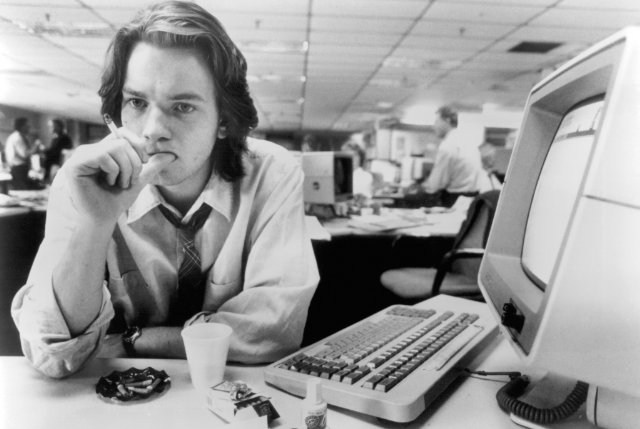 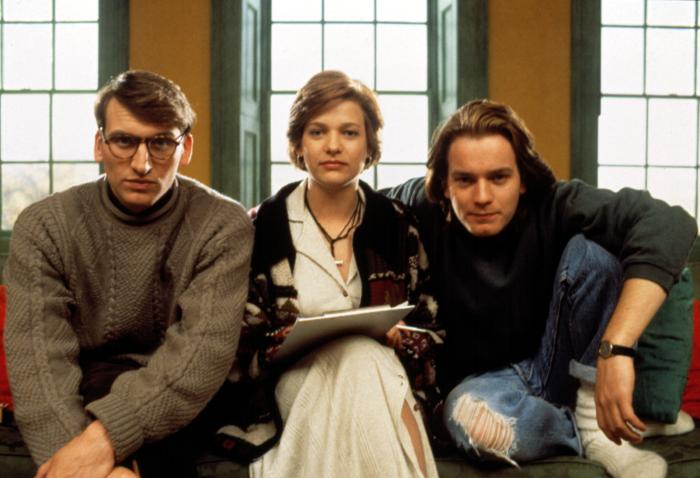 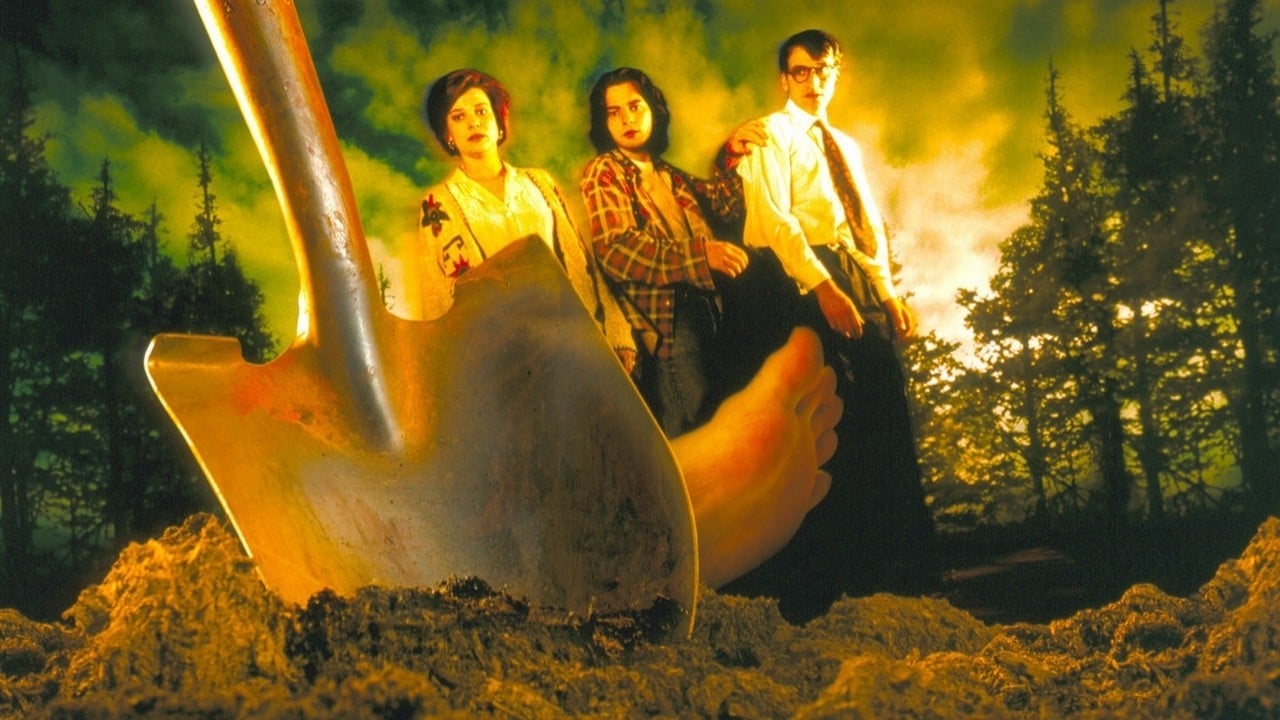 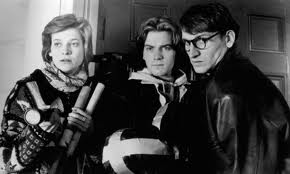 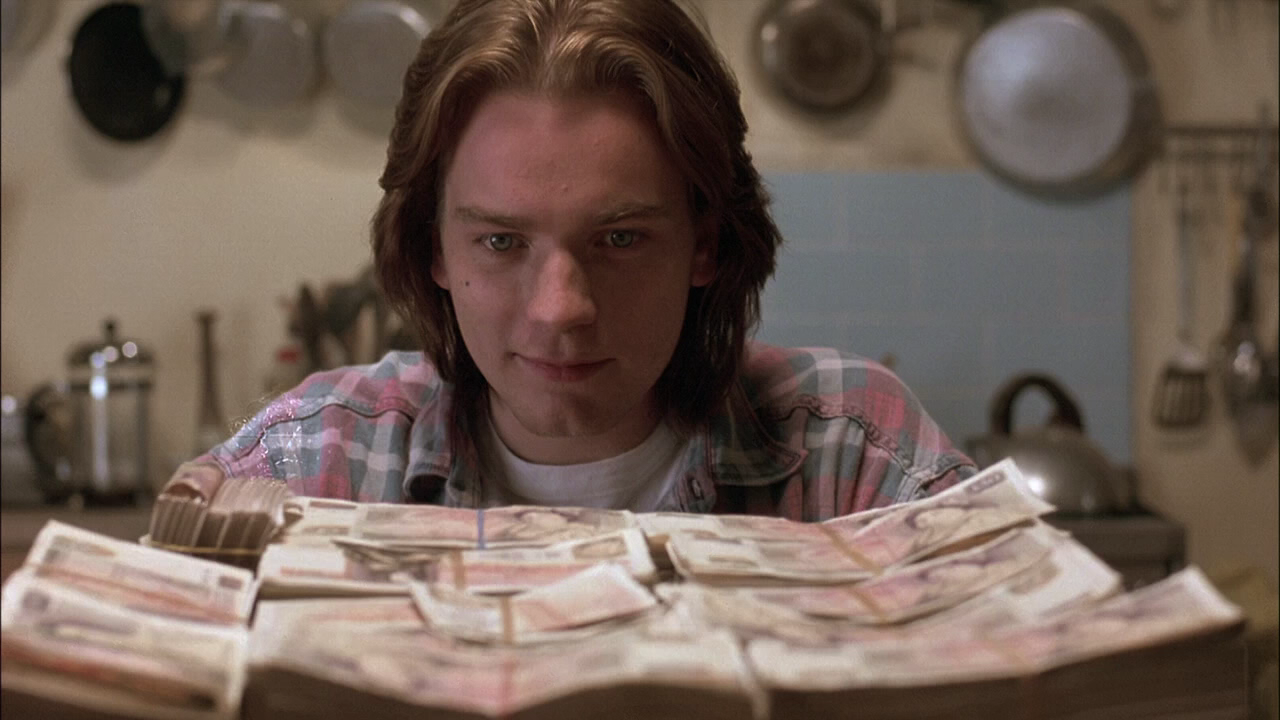 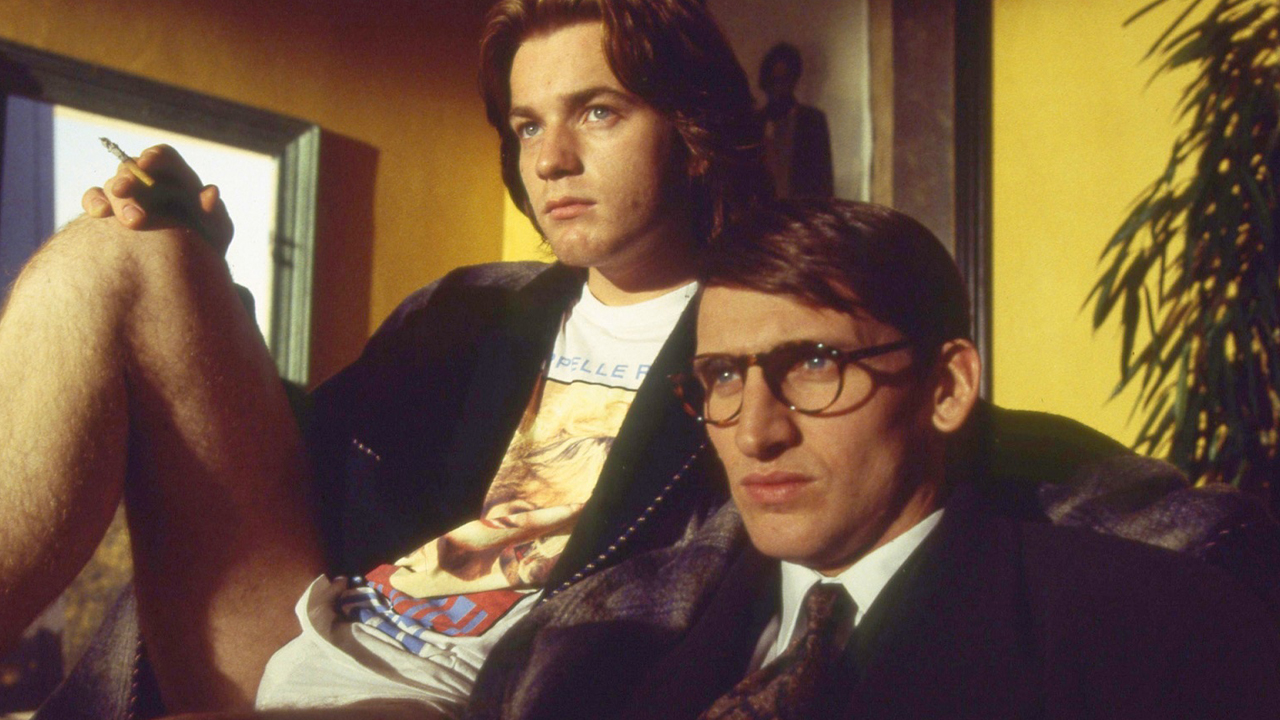 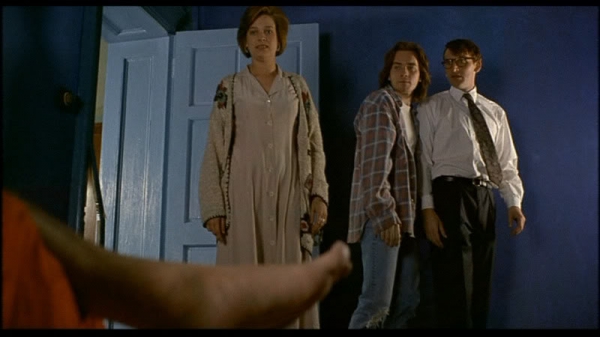 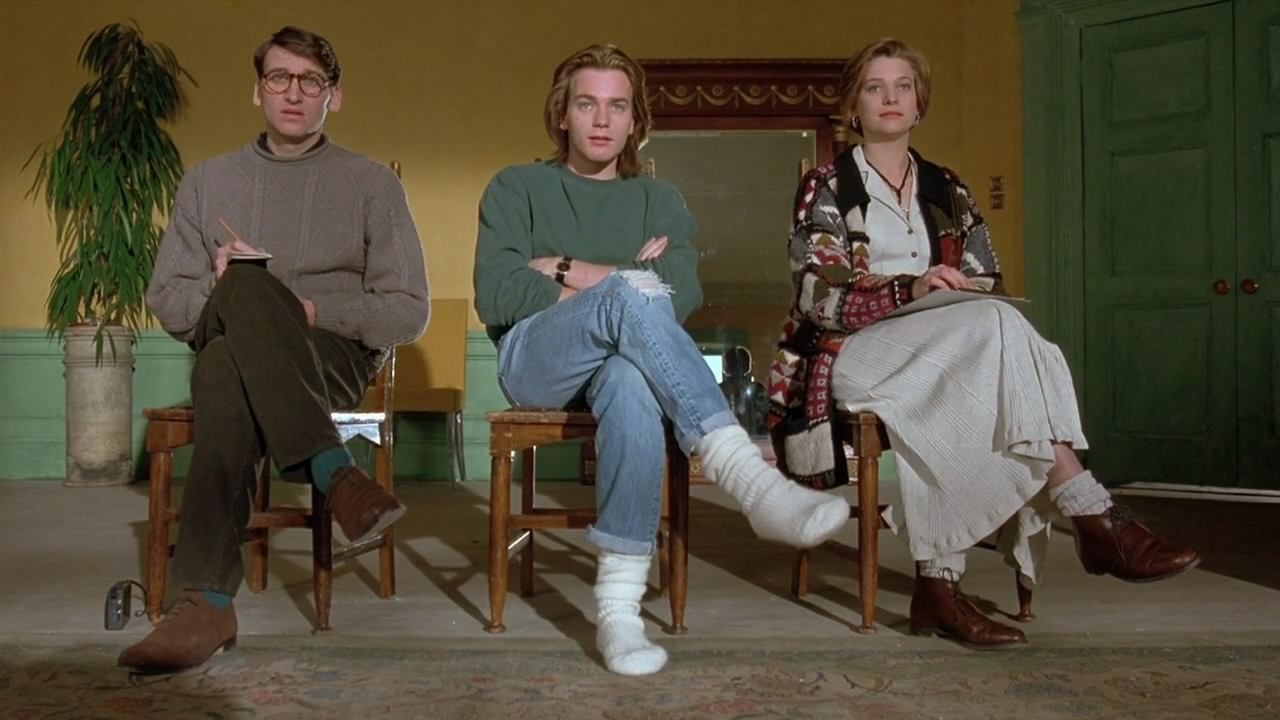 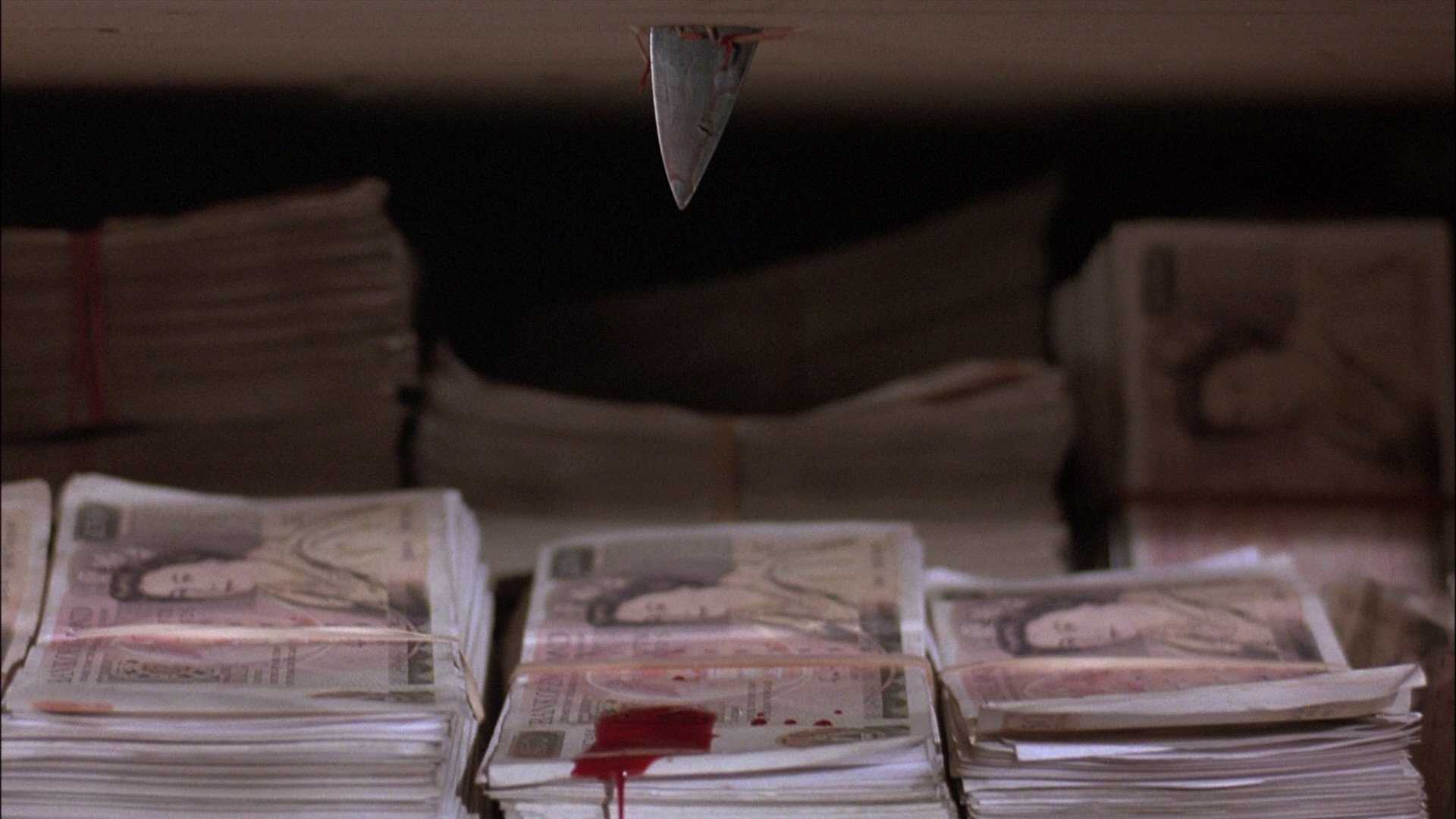 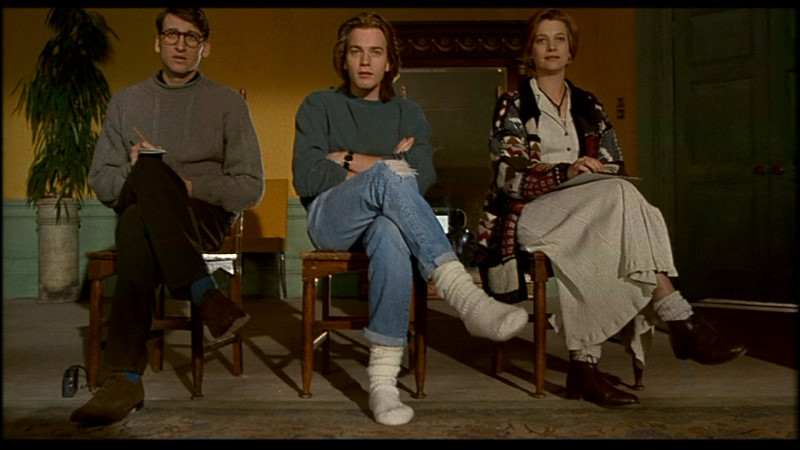 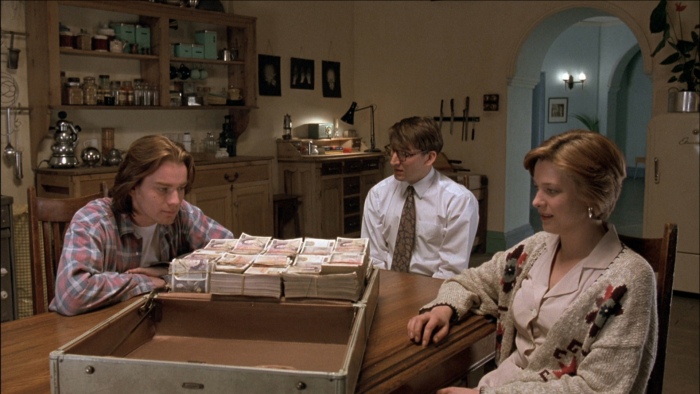