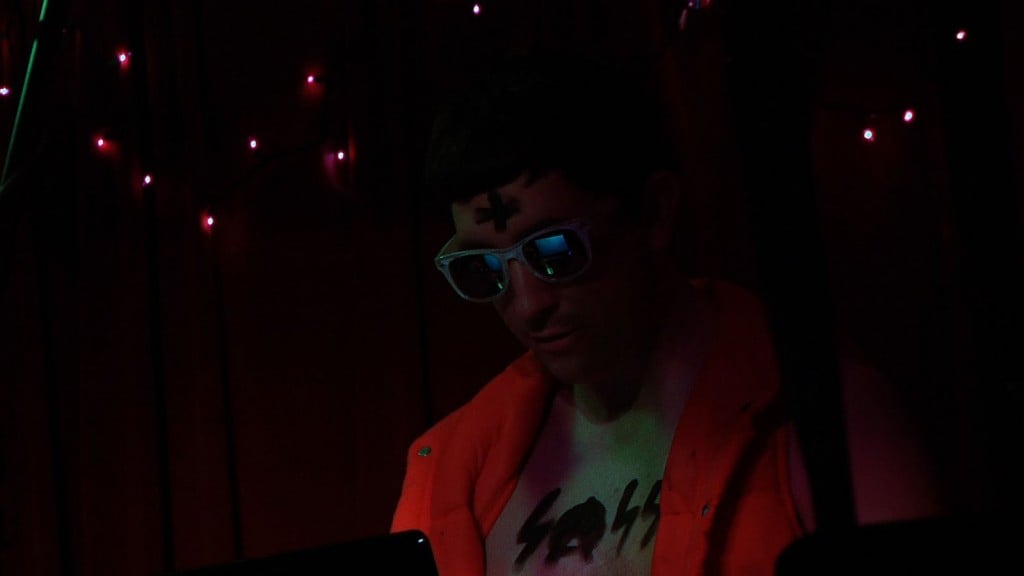 Slamdance 2011 goes live this Friday. The festival whose mantra is “by filmmakers for filmmakers” will take place at the same time as Sundance, as it does every year. Both festivals will be screening and premiering beautiful, funny, thoughtful and provoking films, but the festival that works overtime to support independent, first time filmmakers with minimal budgets is hands down – Slamdance. This year, as part of their “all is not lost” theme, the festival is donating 10% of ticket proceeds back to the filmmakers.

In the first of a series we’ll be doing with Slamdance filmmakers this week, we had a chance to interview Dave Bonawits, director of Pleasant People. Pleasant People is one of Slamdance’s eleven feature-length films this year, and it’s Mr. Bonawits’ first feature film. It turns out Bonawits is just as charming as his film. If you’re attending Slamdance, his film is screening Friday January 21st and Tuesday January 25th. Whether you’ll be in Park City for the screenings or not, read on for more about how Pleasant People came to life, its quirky star, the film’s original music and how Adult Swim factors in, if it does at all. Synopsis: Life is frustrating for Jiyoung. Her best friends are moving forward while she’s stuck dealing with car accidents, health scares and a dwindling office romance. In spite of all this turmoil, she finds comfort in the studio while recording her songs. Nobody seems to realize the extent of her musical passion, angering Jiyoung and ultimately leading to a confrontation.

To start out, what are some of your favorite films/directors?

The filmmakers who have had the biggest influence on me are Francois Truffaut, the Maysles Brothers and Judd Apatow. Right when we started making the movie, I got really excited about movies by Kelly Reichardt, So Yong Kim, the Dardennes and Eric Rohmer.

The competition didn’t have categories. The theme was “cliche free” or something like that. There was a whole list of things we couldn’t do like “have a woman tied up” or “movie about making a movie” and some other things I had no intention of doing anyways. Also we had to incorporate something quintessentially Atlantan into the production, so we had Jiyoung drinking a can of coke during one of the scenes, as Atlanta is the birthplace of CocaCola… I think the coke can still made it into the feature, actually.
As far as coming up with a story quickly, I had one idea of Jiyoung breaking into someone’s car and we improvised around that entire idea. The ending of the short we literally made up on the spot. Pretty much everything we improvised in the short eventually made it into the feature.

When we made the short I had no idea how the actors would do on screen. I never saw them act before. I knew I liked the three of them in real life and they are terribly good looking, so I figured they would be watchable at the very least. After the screening people seemed to really respond to Jiyoung onscreen. Some people said they wished the short kept going and they thought we should make a feature. So I took their advice.

Expanding was a fairly organic process. The short was really only 2 scenes, so we kept those and attempted to explain why those things happened and what happened afterwards. And of course new scenarios started popping up with each explanation.

What can you tell me about the music in the film? Jiyoung the actress is really in a band? Is the band similar to the one in the film?

Jiyoung used to be in a band called I Love JH and we took one or two of those songs for the movie. She had a couple new songs we used and then also we used a little bit from the band we both play in, Antbrain. So yeah, the music in the movie is her music in real life. I’ve stolen a lot from real life in the making of Pleasant People. What do you think it is that draws people to Jiyoung in this film?

There is something about Jiyoung that is very vulnerable. But at the same time, she seems very courageous. It’s a weird juxtaposition but it happens many times both onscreen and off. When we made the short a couple people told me she seemed kind of crazy, but then also many people seemed to empathize with her. So I think its that thin line that makes her appealing to watch.

How does your experience editing for Adult Swim contribute to solo projects like Pleasant People? Do you think it influences your style at all? Whether editing style or sense of humor…

Adult Swim is an interesting place because it’s a very small group of people running a hugely successful yet completely bonkers television network with very little money (relatively speaking). They’ve taught me to be very resourceful. I mainly work for adultswim.com, so often I make promos for the flash games on the site. In addition to editing, I will record myself playing the game, work very closely with the writer to shape the promo, sweeten the audio… occasionally I even engineer the voiceover record. I definitely think they instilled some of that work ethic into me, because we made Pleasant People with a 2 man crew for next to nothing.

Whether the “Adult Swim humor” makes it into Pleasant People is debatable, but there are shows on the network that I absolutely love and watch A LOT. So I’m sure something has seeped in there.

Were you surprised when you found out your film had made it into Slamdance? And are you working on or do you have any ideas for upcoming projects?

We submitted to about 10 film festivals and Slamdance was our long shot, so yeah, totally surprised. We’re crazy excited though. In the meantime we got rejected from some of our “safety schools”, so I’m learning that these things are completely unpredictable.

Next up we are doing a web series about a trio of 30 year old women who saw The Craft in high school and never gave up the dream of being witches. They do seances and things but always mess them up… Contemporary clumsy witches. It’s definitely going to be comedy oriented, but hopefully we can find a way to work some heart into it as well. Jiyoung and Becca Cayce from Pleasant People will star along with another one of our friends.