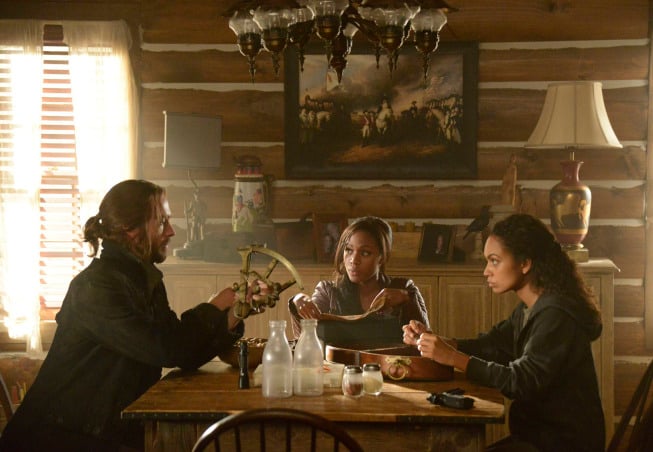 “The Lesser Key of Solomon” has the most compelling Sleepy Hollow plot since “Pilot”, and it also sheds light on the backstories of the protagonist Ichabod Crane (Tom Mison) and Abbie Mills’ sister Jenny (Lyndie Greenwood). This episode shows Jenny escape from the psychiatric hospital, and police chief Frank Irving (Orlando Jones) gives Crane and Abbie (Nicole Beharie) a twelve hour head start to investigate why she has escaped. Along with this, the real reason for the Boston Tea Party is given, and tattooed men start impaling bartenders. It’s just another day in Sleepy Hollow where random murders are becoming the norm, and this episode is the strongest hour of the show since “Pilot”.

When Sleepy Hollow is at its best, the show revels in the craziness of the events happening. Connecting the events of “The Lesser Key of Solomon” and the show’s overall story arc to the Boston Tea Party is a master stroke for writer Damian Kindler. It acts as a hook for new viewers, allows for some humor from Crane, and adds a bit of historical weight to the  predominantly supernatural storyline. “The Lesser Key of Solomon” plays out as a mix of National Treasure and The Fugitive and is more action-adventure than horror. There are plenty of clues and treasure maps along with some good old fashioned detective work. (Crane and Abbie go to the foster home where she stayed the longest and find out where she is hiding.) The baddies in this episode are also more human than the previous ones which makes their actions even more horrifying. With the exception of a long exposition dump from the chief bad guy, “The Lesser Key of Solomon” is a fast-paced episode that also develops Jenny’s character nicely.

Jenny Mills gets a nice dose of character development in “The Lesser Key of Solomon”. She begins as a plot catalyst, but Kindler ends up revealing key events in her past and her relationship with Abbie which isn’t just a “good kid”/”bad kid” cliche. Abbie and Jenny have several verbal and even one physical altercation in this episode, which Crane attempts to mediate. Abbie shows her love for Jenny, but Jenny likes to keep reminding her that she is the reason that she was passed from foster home to home. This mix of guilt and love will be a great source of drama throughout the first season. Jenny also proves to be invaluable resource in combat and supernatural investigation. Sometimes it felt like a female Dean Winchester wandered on the set of Sleepy Hollow, but Lyndie Greenwood adds depth to her character through her physicality in the action scenes and her flirty banter with Crane.

“The Lesser Key of Solomon” has a few problems, but the fun plot and character growth overshadows these issues. The third act ends with a look at character relationships instead of another cliffhanger even though the “quest” plot line seems to be resolved too easily.  There are also few scenes of clunky exposition to catch viewers up to speed on the plot and flesh out Crane’s back story, but action, character interactions, and some humor makes sure these scenes don’t drag the episode down. “The Lesser Key of Solomon” is what happens when the writers and actors of Sleepy Hollow cut loose and enjoy the wackiness of the show’s premise while also providing an entertaining plot and characters that are beginning to grow on viewers. 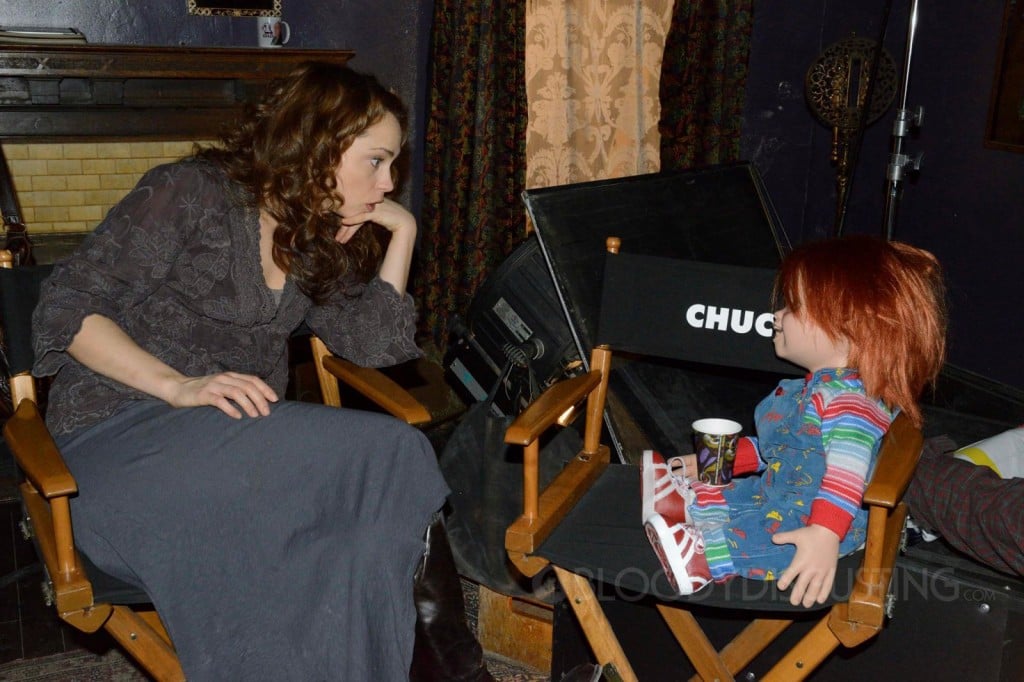