The more – pardon the pun – grim of 2012’s two adaptations of the Grimm brothers’ classic tale isn’t quite as dark a revisionist reworking of the Snow White story as some in other media; don’t expect the horror of Snow White: A Tale of Terror or Neil Gaiman’s “Snow, Glass, Apples”, nor any of that latter short story’s role reversal. Despite Snow White and the Huntsman’s various re-imaginings of the fairy tale’s tropes, and the addition of fantasy elements less common in adaptations of it, many of the familiar story beats are still hit: the apple, the assisting dwarves, and the definite good and definite evil qualities of Snow White and the Queen respectively are all present in Rupert Sanders’ directorial debut. The primary narrative changes involve a focus on the effects the queen’s reign has on the realm and its residents, the transformation of the huntsman into a Han Solo-like comrade, exploration of the queen’s contempt for men, a reinvention of the traditional prince figure into a childhood friend turned rebelling duke, and, in a likely intended allusion to animal interaction in Disney’s famous version, the concept of Snow having a powerful, somewhat magical relationship with nature.

These cited story elements may suggest that this is a very crowded film, and the biggest problem it does have is its excess of strands and perspectives. Sam Claflin’s William, for example, could easily have been excised entirely, seeing as his role is really just there for expectation subversion. The dwarves, too, have their traditional role as protectors basically filled by the reworked huntsman; they do, however, prove their worth in an entertaining echo of what Terry Gilliam’s Time Bandits might have looked like with the likes of Ian McShane, Toby Jones and Eddie Marsan. The film does have a lot of strands but progresses in a surprisingly slow-burning fashion. Much of the first half hour is devoted entirely to Charlize Theron’s Ravenna deceiving and dabbling in dark magic and brisk fury, with Kristen Stewart’s Snow White not escaping her long imprisonment until near the end of that stretch of time. Chris Hemsworth’s huntsman is additionally not introduced until the 35 minute mark, while the dwarves don’t appear for at least 70.

This is a fantasy film that ultimately favours atmosphere and mood, a notion that may make it unappealing to many, but the aesthetic is a very appealing one. Some stunningly harsh locales, exquisitely shot, provide a lovely, cold aura throughout, not just in the effects-fuelled sections in the Dark Forest. Sanders was hired to direct this on the basis of visual accomplishments in his advertising work, and the strong imagery of his debut feature is derived from a myriad of cinematic influences, even Hayao Miyazaki in one of the film’s brighter segments where Princess Mononoke is blatantly homaged in an enchanted land of fairies and forest spirits.

The film’s final diversion into large scale battle territory is admittedly its weakest stretch, in which the otherwise frequently lovely cinematography is prone to some confusing cutting and blurring. That said, the rest is a consistently enjoyable, slow-burning piece of lavishly intricate design, fun performances and a delectable aesthetic that steers clear of a generic brand of dark visuals. Snow White and the Huntsman is a film of arguably hollow, broad pleasures, but they do not hinder what is a commanding fantasy of a potent chilly nature. 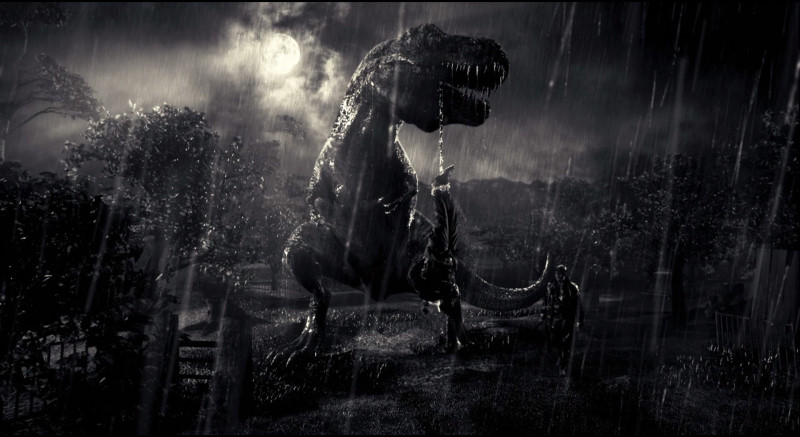