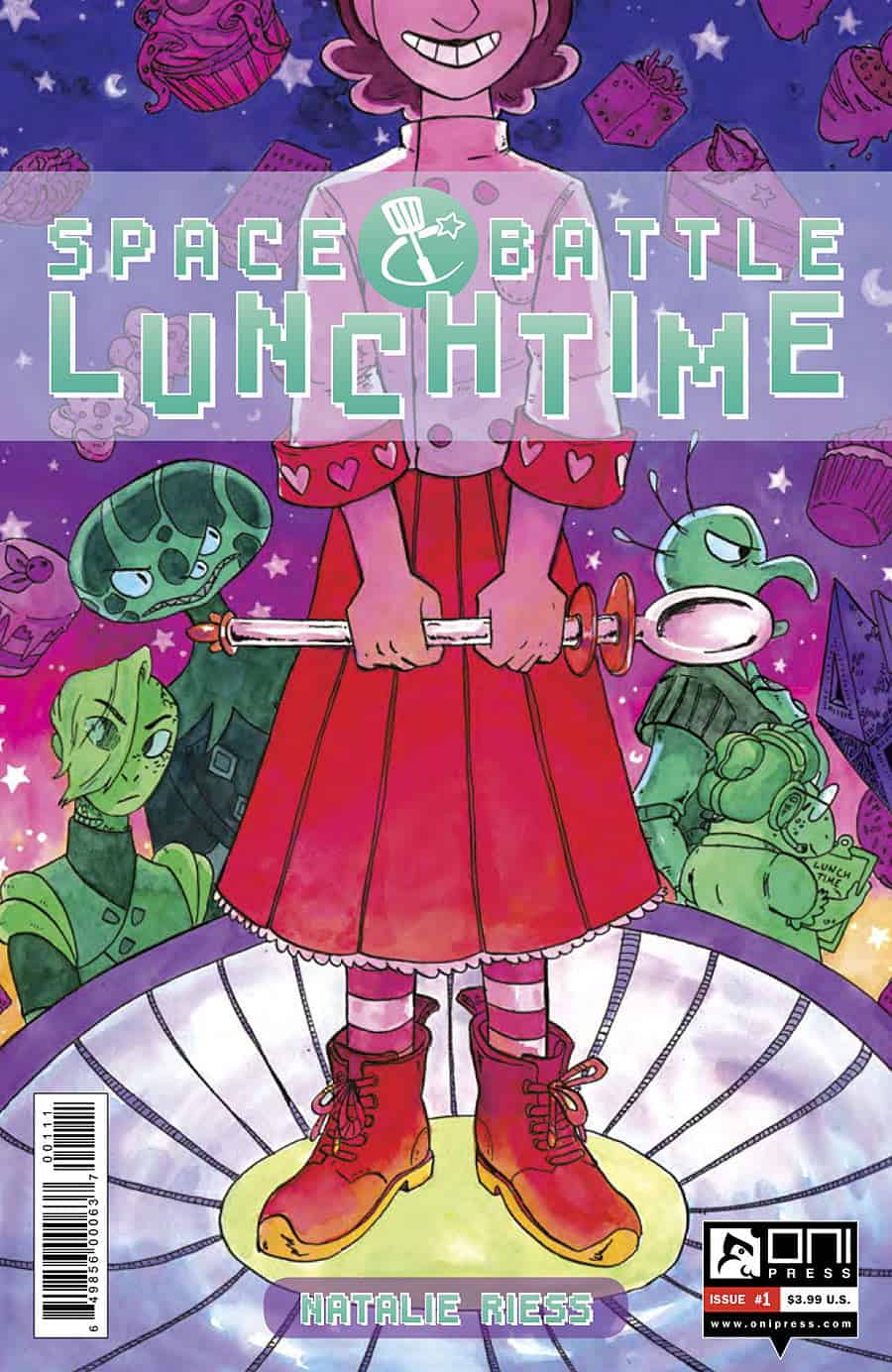 Writing and Art by Natalie Riess

Ever since the advent of Iron Chef, the reality competition cooking show has been a cornerstone of television in the 21st century. Shows like Master Chef, Chopped, Cutthroat Kitchen, and The Great British Bake Off among others have proliferated the airwaves and have put a certain sort of sport into the art of cooking. Space Battle Lunchtime sets its story in that realm, but adds the element of “in SPACE!” to the mix.

Space Battle Lunchtime #1 follows Peony, a baker working in a cafe called Dozens when a frog woman named Zonda comes to pick up coffee. After she receives a call about needing a replacement for something, she recruits Peony to be a competitor on a show called Space Battle Lunchtime and immediately beams her up as soon as she says yes. No backstory. No issue worth of lead up. Just jumping right into the concept. In most cases, that can be a bit jarring for a comic, but the way it is set up here, it really does work and actually puts you in Peony’s shoes of being immediately thrown into a galactic cooking show.

The aesthetic of this story might actually be the most darling part of it. Riess’ art is full of soft lines and bright colors that remind of a shojo romance story more than a sci-fi book. Which works well to its advantage, giving it a distinct sort of look over other sci-fi books. Not to mention that the alien designs seen so far are super cute and bring a major draw to the next part of the story. Well, that and wondering how Peony’s going to make it through the first round as an Earthling unfamiliar with the show. 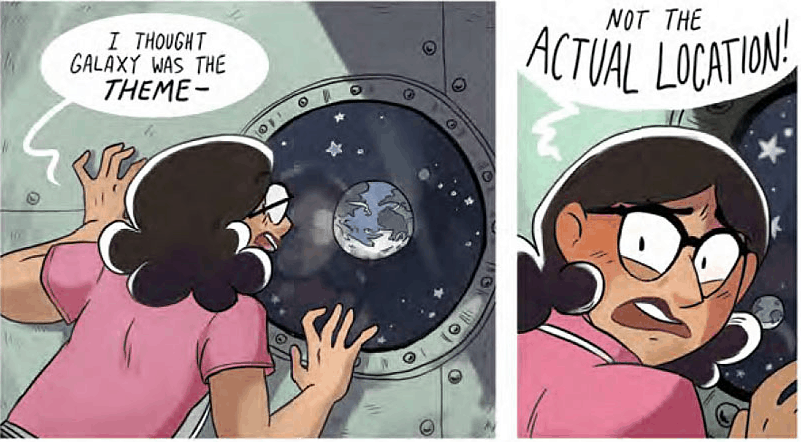 Besides making you crave carrot-cherry cake, Space Battle Lunchtime #1 does a great job dragging you into the world without too much fuss. Between the writing not standing in the way of itself and the darling art, the world created by Riess promises to be a lot of fun. That is, if Peony can make it past round one.