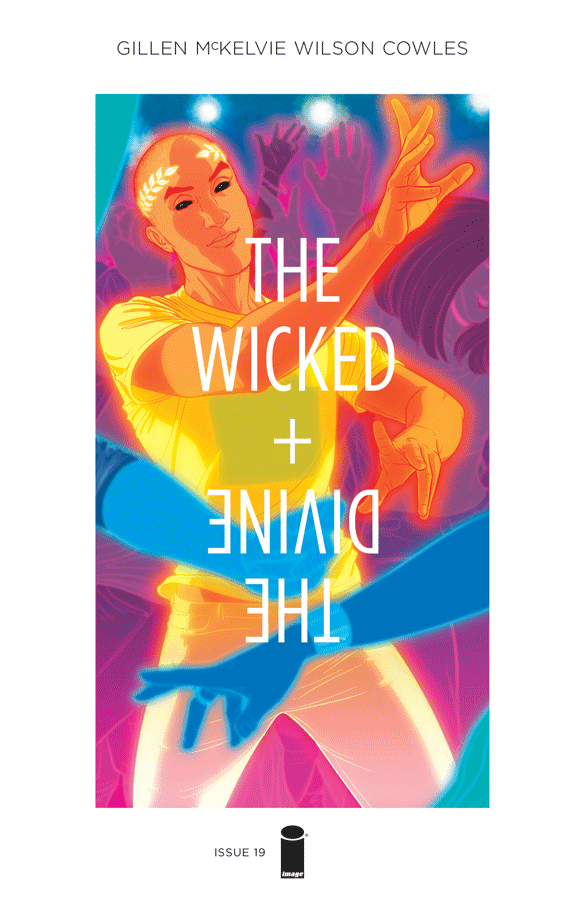 There are so many things that can be used to describe what happens in this particular issue of The Wicked + The Divine. Many of the expletive laden. For now, let’s paraphrase a line from the recently departed Prince: there’s a thief in the temple tonight, and her name is Ananke.

For months outside of the comic, Gillen has been hinting about a larger role for Minerva, the youngest member of the Pantheon who will be dead before she turns 14. In this issue, it comes into play as she is revealed to be a chess piece in Ananke’s grand plan. What exactly that plan is, no one knows yet, but it lends credence to the theory that the Pantheon might be a pre-determined group. Especially with Baphomet now claiming that Ananke was the one who killed Inanna, not him. By the end of the issue when Ananke confesses to Minerva being her ‘fatted calf,’ you might actually believe him.

Of course, being an issue of WicDiv, more questions seems to be raised than answered. Not just to Ananke’s grand scheme, but just as to why Laura is alive. No… not Laura. Persephone. Both Ananke and Persephone make a point as to say Laura isn’t here anymore and that only Persephone remains. This whole thing has some “There is no Dana, only Zuul” vibes going, and not just because she is “the Destroyer.” It wouldn’t be surprising if that was purposeful on Gillen’s part, but even if it wasn’t, it still gets the point across that something isn’t quite right with this particular return. 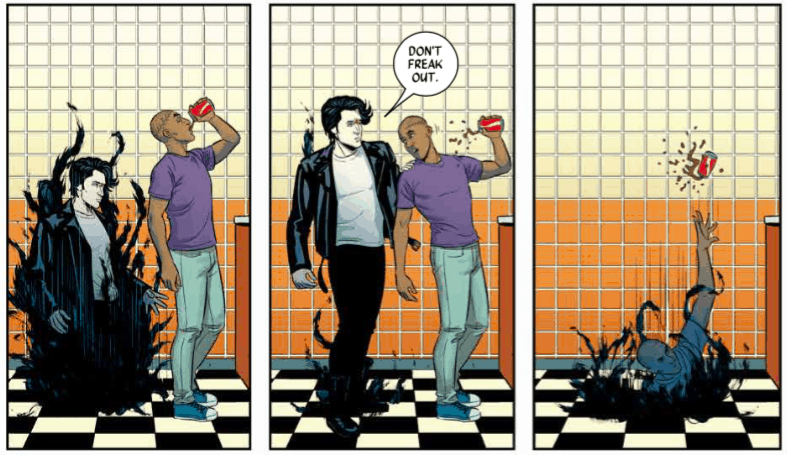 Despite all of that, it still seems that the most tragic character in this particular part of the story though is Dionysus. Even in just a few pages, we see the burden he’s been carrying of trying to give people just one good night is starting to catch up with him and that he may be getting his own “F**king Tara” treatment from his followers because of it. Not to the same level, but then again, not yet. Despite only being in the comic a few times so far, Dio is easily one of the most complicated characters in the story despite his outward “party boy” appearance. It’ll make seeing how he interacts with the chthonic ones going forward into the rest of ‘Rising Action’ super interesting.

On the art front, McKelvie and Wilson are still killing it, especially in terms of the action scenes. The fight scene that’s the crux of this issue is an art delight, giving the reader those moments where art and color is in perfect synch with each other. Whether it’s Babd the Crow Woman, the delightfully joyous face of Gentle Annie or the way Amaterasu’s eyes glow as she focuses in on her rescue target, the devils of this issue are certainly in the details, and no one on the team certainly slouches to get it done.

While no one question is quite answered yet, the second issue of ‘Rising Action’ lays the cards out on the table. Between the little things that make the issue and the big action scenes, it’s shaping up that this arc may be what takes this comic into truly epic territories as something of a civil war breaks out among the gods over what comes next and the fate of their own.