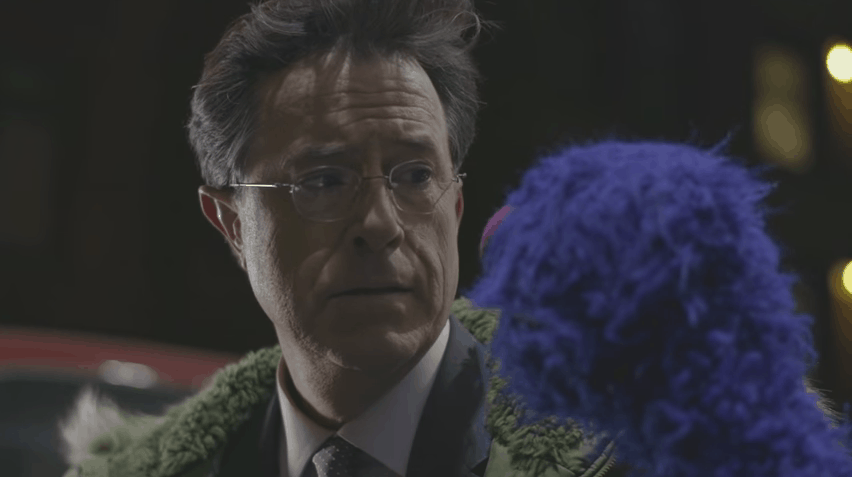 When the director of Where the Wild Things Are, Being John Malkovich and Adaptation makes prettymuch anything, it makes people sit up and take notice. When he does something with Stephen Colbert, it makes people stand up and pay rapt attention. When he does something with Stephen Colbert and Grover from Sesame Street, it’s really anyone’s guess how people are gonna react to it. But whatever your initial reaction to the idea of Spike Jonze directing a The Late Show With Stephen Colbert opening segment with Grover making an appearance, you should probably take the time to sit down and watch it.

The director stopped by The Late Show earlier this week to talk about his involvement with Viceland, Vice’s new TV channel. But rather than just show up for an interview, Jonze did the typical Spike Jonze thing: he went the extra mile, which in this case meant directing the show’s opening sequence. Even though it’s (in my eyes anyway) poking a bit of fun at overwrought, contemplative art films and shorts, the sequence still managed to bring a smile to my face with its sincerity and poetry. Naturally it’s gorgeously shot and makes use of Colbert’s often underappreciated acting talents. I mean just look at that smile at the end, the slow dawning of contentment and serenity. There’s nothing fake or put-on feeling about Colbert in this, even if the sequence has its tongue somewhat in its cheek.

Give the sequence a watch and just try and finish it without a smile.