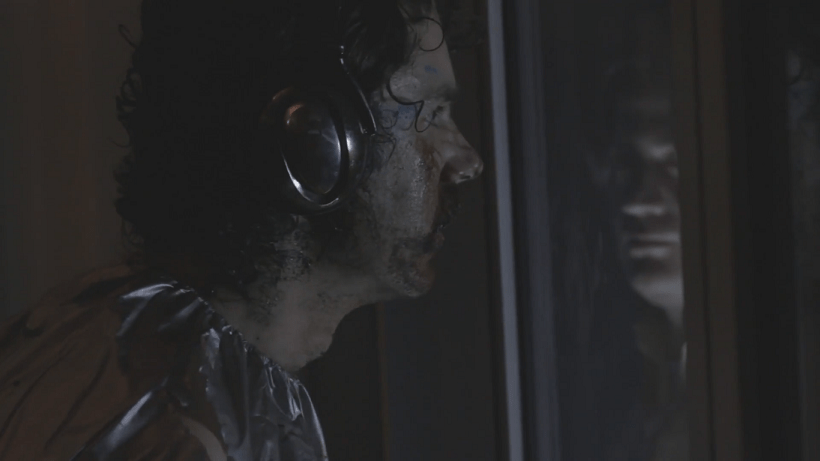 Tell me that Astron 6 and Guy Maddin have teamed up for a web series and my reaction will probably be “Ok, sounds cool!”. Astron 6’s low-fi aesthetic, as seen in flicks like Father’s Day and DIY-effects escapade Manborg, and the similarly throwback-y, headtrip style of Guy Maddin seem like a good fit together. But add Tank Girl director Rachel Talalay to the mix and we’re getting into dangerous territory. That much visually charged, pop art explosion madness in one place could wind up like the scene in Raiders of the Lost Ark when they open the ark of the covenant. Creativity stacked on creativity stacked on creativity could create the cinematic equivalent of a triple-stuff Oreo, just too much of a good thing. And yet, I’m not in charge of projects like these, so it seems I’m relegated to the role of the crazy (or is he?) old doomsayer at the beginning of a horror movie. You’re playing with forces you can’t understand! Your hubris will destroy us all! Doom’s a’ comin’! DOOM, I tells ya!

So what have these three forces cooked up in the alchemy of their collaboration? Meet Divorced Dad, a webseries that sends up the world of cable access television before sending its host to somewhere very, very dark. The series is probably going to draw comparisons to things like Tim and Eric, but I’m getting more of a Too Many Cooks vibe myself. It starts off as a loving throwback and “look how retro we made it look!” nostalgia piece, but then slowly transforms into a nightmarishly surrealist trip down the dark corners of the human psyche. There doesn’t appear to be any word on when the series will be premiering, but you can check out the first trailer and official synopsis below.

Divorced Dad is a love letter to the endearingly incompetent cable access television shows created by far from screen-ready small town celebrities during the 1980’s and 90’s. Divorced Dad, a post-marriage professional, hosts a well meaning but disastrously inept self-help talk show intended to help guide newly single fathers through the difficulties and fun of single life. Airing on the first and third weekend of every month, every episode of Divorced Dad derails into chaos at the hands of his inexperienced crew, an inarticulate cohost and a malevolent, faceless producer. As the series progresses, it becomes apparent that Divorced Dad’s life and show have become one homologous, inescapable Lynchian nightmare. Though he might just possibly be trapped in his own personal hell, Divorced Dad is going to make the most of it, bringing you the best damn show he can within the limits of his visitation rights, here on Astron-TV.