We’ve recently posted letters from directors Michael Bay and Terrence Malick to projectionists on how to properly project The Tree of Life and Transformers 3. Recently we recorded our very first and much overdue Stanley Kubrick special. In that episode we reviewed what I think is the director’s best film, Barry Lyndon, which is nothing short of a masterpiece – a brilliant film from start to finish, in which every single frame is gorgeous to watch. So I thought it would be good timing to post this today. Here is a copy of the list of instructions Stanley Kubrick sent for projecting Barry Lyndon. 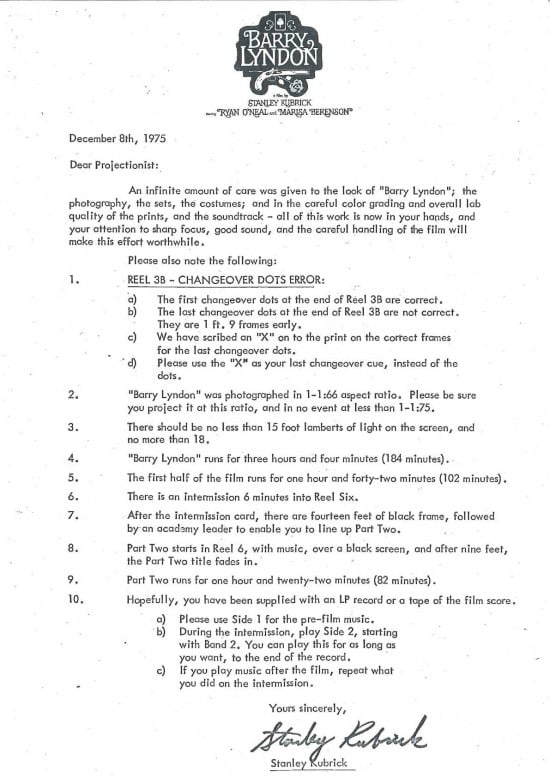 Also Mr. Whaite created this video game illustration for what an old school 80’s arcade game of The Shining would look like. Here is how he described his work:

Movie tie-in games are commonplace these days, but back in the early ’80s when video games were still in their infancy, they were few and far between.

On 22nd May 1980, Pac-man was launched – the next day, Kubrick’s The Shining was released. Both contain mazes, ghosts and chasing. If Warner Brothers had licensed Midway to make a movie tie-in game at the time, the advert may have looked like this… Thanks to /Film for the find