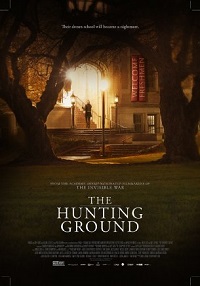 “Sexual assault has always been a part of the college experience,” laments a university administrator in Kirby Dick’s troubling documentary, The Hunting Ground. Unfortunately, this grim pronouncement is borne out by the statistics, which state that 20% of all female students will be assaulted during their college tenure. Through powerful interviews and a barrage of sobering data, Kirby exposes the epidemic of sexual abuse on campus, as well as the systemic efforts to cover it up. It’s a harrowing story about survivors reclaiming their sense of empowerment, both psychologically and legally.

When Annie Clark and Andrea Pino enrolled at the University of North Carolina at Chapel Hill, they had no idea their college experience would be defined by sexual abuse. Both were raped early in their matriculation, and both were ignored by administrators more concerned about public image than public service. Dick gives us dozens of firsthand testimonials from young women (and a few men) who encountered the same recrimination when they reported their attacks. Finally, driven to the brink of suicidal depression, Clark and Pino fight back, forming a nationwide network to unite victims and legally compel colleges to end their complicity in the cycle of abuse.

As with his previous films, Dick (The Invisible War, This Film Is Not Yet Rated) lets his subjects tell the story; nothing too glitzy or visually overbearing to distract from the central narrative. The Hunting Ground does feature an original song penned by Lady Gaga, “Till It Happens To You,” but it’s blended into the action rather than taking center stage. Dick also understands the value of silence, as he accentuates all of his troubling statistics with a muted black screen. His camera creates an almost overpowering intimacy, as we watch shattered victims straining to maintain their composure and dignity as they relay their stories. 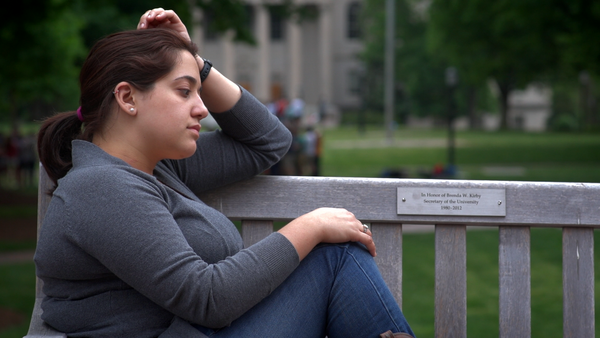 It’s a dignity long stripped from them by the university system. Determined to keep their crime statistics low, university ombudsman and administrators collude to ignore claims or, worse still, blame the victims for their misfortune. Even with binge drinking at an all-time high, colleges are perfectly willing to give drunken sex offenders the benefit of the doubt. One fraternity, SAE (Sigma Alpha Epsilon), is so notorious for their egregious predation that their House’s abbreviation has come to stand for ‘Sexual Assault Expected’ amongst students and administrators.

Perhaps more sickening than this complete disregard and disrespect for the victims are the punishments meted out to perpetrators (in the unlikely event of an actual investigation). Fines of $25 or $75 may seem like the ultimate insult, until you see that one sex offender was actually sentenced to being “Expelled upon Graduation.” As Jon Stewart so eloquently stated on his recap for The Daily Show, “Isn’t that what graduation is?!?” It’s a cruel joke, indeed, made even crueler by the secluded nature of college campuses. Given the confined space and regimented lifestyle, it’s almost impossible for victims to avoid seeing their attackers on a regular basis; re-living the experience over and over again. 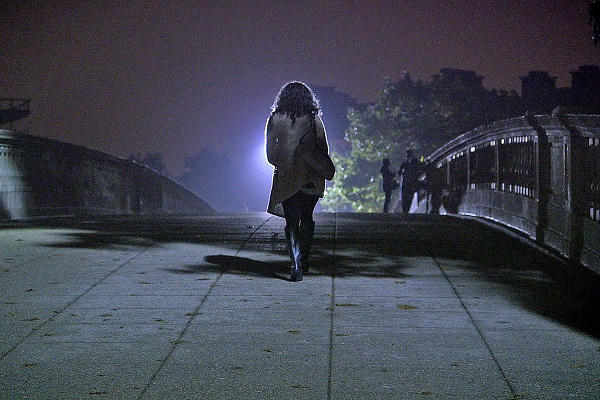 Such was the case with Erica Kinsman; a Florida State University student who made national headlines when she came forward against her attacker; Heisman Trophy winner and soon-to-be #1 NFL Draft choice, Jameis Winston. Kinsman was threatened by students and parents, becoming a social media pariah. The police completely bungled the investigation by failing to collect time-sensitive evidence or secure testimony from potential eye witnesses. Kinsman’s case might seem extreme, but Kirby Dick packs his film full of this shocking judicial complicity. Education is big business, and it can’t afford to expose its seedy underbelly.

That’s what makes the efforts of Annie Clark and Andrea Pino so inspirational. Through determination and mutual support, they help other victims heal by giving them a voice. Clark and Pino travel the country teaching victims how to use Title IX of the Civil Rights Act to ensure universities will investigate their sexual assault claims. The Hunting Ground is plenty angry it took this long to finally do something, but it’s happier that the victims can start reclaiming the humanity that was stolen from them. This is a stirring film about empowerment, advocacy, and, ultimately, justice.