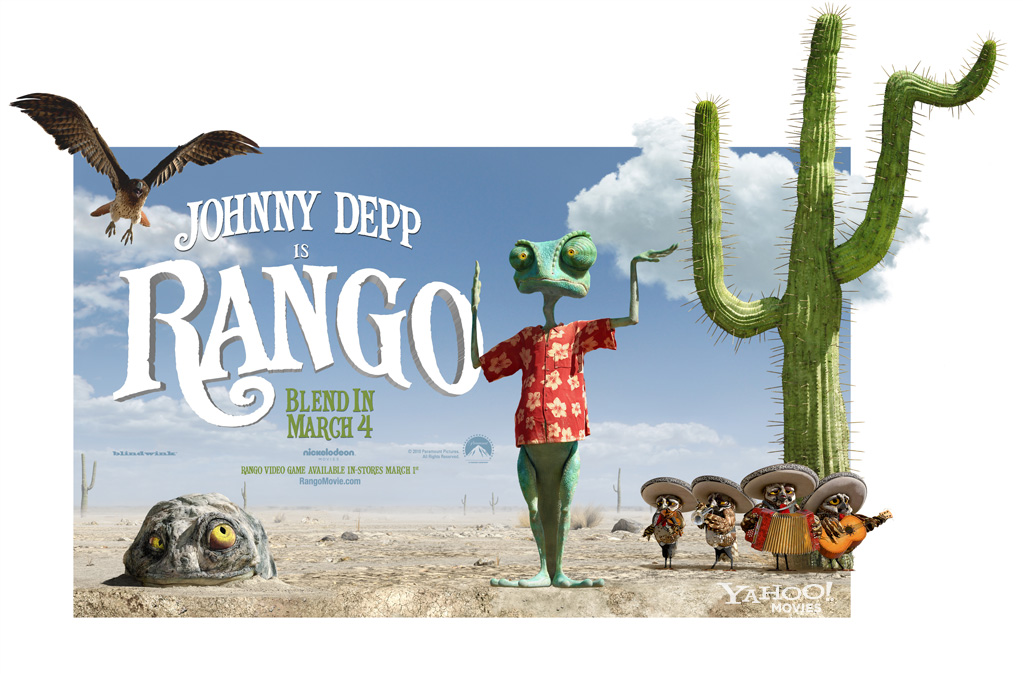 Here is yet another Super Bowl TV spot. From the director of The Pirates of the Caribbean comes Rango, featuring Johnny Depp in an original animated comedy-adventure that takes moviegoers for a hilarious and heartfelt walk in the Wild West.

In the film, Rango is a pet chameleon who lives in a terrarium. He has long thought himself a hero, but then finds himself removed from his contemporary American southwest surroundings and ending up in an Old West town called Dirt, which is populated by various desert critters garbed like characters out of a spaghetti western. As he’s always thought himself a hero, Rango establishes himself as the lawman, strolling the streets as a sheriff-like character. Unknown to him, the “good guy” role does not do very well in Dirt—with a whole cemetery filled with good guy tombstones. But that does not stop Rango from trying, constantly seeking to fit in with his surroundings, no matter how challenging. At a certain point in the narrative, Rango will come to question everything about himself.