Despite the fact that the hunting life is the only one Sam and Dean have ever known—and, if Zachariah’s assertion in Season 4’s “It’s a Terrible Life” is to be believed, the only kind of life Dean enjoys living—both brothers would agree that hunting is not the kind of thing anyone should have to do for their life. They have, on numerous occasions, beginning from Jo Harvelle, done their best to dissuade others from becoming hunters themselves. One thing Sam and Dean have yet to encounter, however, is a relapsed hunter; someone who managed to get out while still relatively intact physically and mentally, yet who re-entered the hunting life. It is one such blast from the past that the Winchesters face this episode, in an episode that examines how the next group of hunters might be born, and puts Sam and Dean in the unexpected position of facing off against one of their own for a change.

The idea of generational legacies of hunters is an idea that has been present on the show since the beginning, starting with John training Sam and Dean from an early age, and continuing with the discovery of the Campbell lineage that the Winchesters shared, and continuing this season with the introduction to Henry Winchester and the Men of Letters. Watching Krissy, Josephine, and Aiden from this perspective is fascinating, as they end up drawn into, or drawn back into, hunting in a manipulative way reminiscent of how Sam and Dean were pushed into the lifestyle by external forces, in Krissy’s case despite the best efforts of the Winchesters. The one thing they have, however, that Sam and Dean didn’t, is knowledge of the machinations that made them hunters, which gives them a huge advantage over the previous generation in the decisions they make. How this new group of hunters moves forward with this knowledge, as well as if and how Sam, Dean, and Garth choose to mold this new crew, who are obviously capable hunters and somewhat experienced in the lifestyle, is something the show hopefully explores in subsequent seasons.

It was also fascinating to see the show revisit the idea of the fanatic hunter. Eight seasons in, one of the scariest characters the Winchesters have had to face remains Gordon the Hunter, who was not a supernatural entity, but simply a man with an unshakeable black-and-white view of the world. Victor’s insistence on moulding the best hunters possible by any means necessary feels very reminiscent of that idea, while still exploring uncharted territory. It’s not inconceivable to imagine, as the current generation of hunters begins to see themselves transitioning into the elder statesmen of the hunting world, that other members of the hunting community will similarly be unable to cope with aging, and how they react is something worth looking out for, particularly if the Winchesters are unable to close the gates of Hell. It’ll also be worth seeing if the brothers continue to find themselves at odds with certain hunters, as just this season they’ve found themselves on opposite sides of two hunters, Martin and Victor, bringing forward the possibility that the two might not necessarily be anomalies, but an indication of a larger shift in thinking in the hunting community.

Overall, this was another gripping episode. While bringing Krissy back into the Winchesters’ orbit, and into hunting in general, was a tricky proposition, the writers manage to do so gracefully, while adding more hunters to the mix, and whether they cross paths with Sam and Dean once again is something worth looking out for, particularly if the latter two begin seriously rebuilding the Men of Letters society. While Victor’s scheme was a little transparent from the beginning, it was nonetheless an interesting framework in which to examine one possible way in which the next generation of hunters would get introduced to the life, as well as providing a look at how things could be different for them. Whether the possibility of leaving a better life for those younger than them adds fuel to the Winchesters’ desire to seal the gates of Hell shut, and how the brothers work with hunters going forward with this knowledge, are worth tuning in for next week. 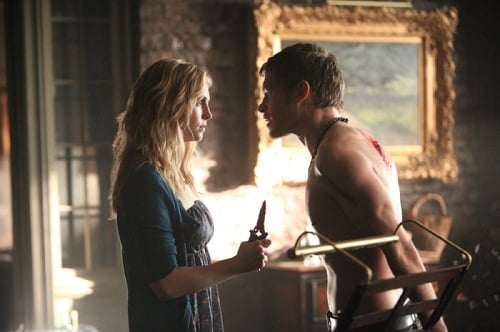 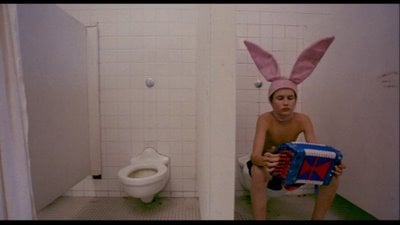