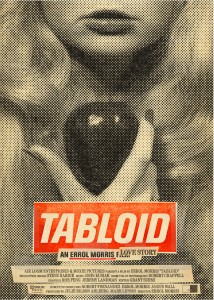 Errol Morris makes documentaries about half-truths.  The Thin Blue Line, Fast, Cheap & Out of Control, Standard Operating Procedure all function on a level where truth is relative depending on the speaker.  Unlike other directors, Morris’ work is not always the search for truth – though sometimes it’s found regardless – as much as it is the search for the definition of truth, where honesty and fact are neither synonym nor antonym.

If The Thin Blue Line is a documentary disguised as a police procedural (or the other way around), Tabloid is a documentary disguised as satirical farce.  Former beauty queen Joyce McKinney is charged, in 1978, with kidnapping her boyfriend, Kirk Anderson after he disappeared and was, according to McKinney, brainwashed by the Mormons.  As pulpy as Sam Fuller, Tabloid accelerates through a lunatic tale of S&M, cloning, false wigs and moustaches, and sensationalism.  His voice featured in this film far more frequently than in his previous documentaries, even Errol Morris is hardly able to conceal his incredulity.

After deconstructing the reliability of video in Standard Operating Procedure, Morris continues his fascination with media and makes newsprint, particularly the art of the 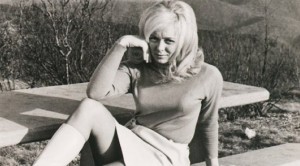 headline, the forefront of this most recent venture.  Interviewee’s words are repeated in grainy, newspaper-font, boiled down to only their shortest necessity.  This is the attention-grabbing quote, the one-liner, the dialogue ripped from context ala the gossip rags.  In his film Morris uses it to sometimes humorous, sometimes sardonic means.

A tongue-tied McKinney tries to remember the word ‘mini-bar’.  When she can’t, Morris flashes the word on-screen.  Mocking her?  Or treating her the same way the papers did? This is counter to other usages in the film, where the text appears just as the speaker says the words: a cinematic version of the picture and the quote.  Where in the papers one confirms the other’s validity, Morris’ usage seems so deprecating as to render both questionable.

When not using newspaper montages or headlines, Morris’ strategy seems to be to allow his subjects to empower or discredit themselves.  Consider an interview with former tabloid photographer Kent Gavin.  Presented as a mostly credible source throughout the film, Morris (and Gavin) pull the rug out from under our trust when, in response to the whereabouts of hard evidence, Gavin stutters his way around an answer, eventually indicating that the photographs in question are mostly gone.

It’s in this way, that Morris stays faithful to his half-truths.   There are not only two sides to each story and interview, there are also two interpretations of the characters involved. There are two Kirk Andersons: the “Manacled Mormon” as one newspaper titled him, and the misled boyfriend.  There are two McKinneys: the deceiver and the deceived.  There are even two Boogers, McKinney’s pet pit-bull: the original and the clone.  Tabloid, in all of its full-tilt, maniacal glory, rests somewhere between all of these.