The first [Rec] was a haunting and sinister horror film that ended on an intended note of malevolent ambiguity. [Rec] ², for better or worse, tried to elucidate the questions posed in the first. In [REC]³ Génesis, however, it feels like the franchise was hijacked by misguided works of fan fiction, by people who loved the two previous chapters, but who fundamentally misunderstood why they were so effective. As a result, [REC]³ is a film that forges a misbegotten identity of its own by categorically burning the bridges with its predecessors, betraying the very reason why we gave a damn about the third installment in the first place.

Génesis takes place a few hours before the events of one and two, at a wedding between Spanish couple Clara (Leticia Dolera) and Koldo (Diego Martín). Unbeknownst to them, one of the guests, an uncle, has been bitten by a rabid dog at a veterinary clinic (a reference to [Rec]) and is starting to show insidious symptoms. Although it usually takes a couple of minutes for the infection to fully take form in most people, it takes until the wedding dance for the uncle to go full zombie, at which point a bunch of feral undead crash through the windows and start biting people (it’s never explained). In the ensuing donnybrook, Clara and Koldo are separated, but because of their undying love, they must fight the horde in order to get back together.

Those looking for a continuation of the series arc will be massively disappointed because the narrative thread at the end of [Rec] ² is never picked up again. Instead, the entire construct of the series is reshaped and remolded, stripped of its essence and meaning in favour of wanton gore and a cursory acknowledgement to its benefactors; the Resident Evil approach to franchise filmmaking. For example, Génesis is initially shot in familiar shaky cam, but the trademark technique is dropped 20 minutes into to the film. So right off the bat, we lose all of the first-person immersion and immediacy we had in the previous films and are given a conventional, run-of-the-mill approach as consolation.

Another reason why [Rec] was so popular was because of the often bleak and despondent tone of the film. It was survival horror on top form, with the found footage aesthetic adding a three-dimensional sense of realistic dread. The makers of Génesis, for whatever reason, decided to go in another direction, one with more audacious camp and irreverence. Instead of being a serious attempt at zombie moviemaking, Génesis feels more like a Shaun of the Dead type satire of the genre, trying to mix humour amongst the pandemonium in the script.

This fails for two reasons. One, in attempting to satirize the genre, Génesis ends up satirizing the previous films, which is an abdication of responsibility that retroactively lessens their importance and impact. Two, the film doesn’t fully commit to this approach, and creates a tonally uneven experience. For example, to show the gravity of the situation, the film shows a group of zombies storming a bus full of young children. In the next scene, however, we are introduced to Sponge John, a grown man in a SpongeBob SquarePants type costume.

Moreover, the movie confuses zombie lore with vampire mythology, is inconsistent and uneven, replaces all political commentary with half-hearted exchanges about copyright, has characters with little to no meaning and are forgotten or killed off on a whim, and has a general lack of tension or consequence. On its own, [REC]³ Génesis may get by with some viewers as a silly piece of trivial filmmaking, but because it’s so intent on placing itself in the [Rec] universe, because it fails to acknowledge or implement the methods of the vastly superior prequels, and because it totally changes the fabric of the franchise, the movie is a monumental let down. [REC]³ Génesis jumps the shark in such spectacular fashion, it deserves a timeslot on the Discovery Channel. 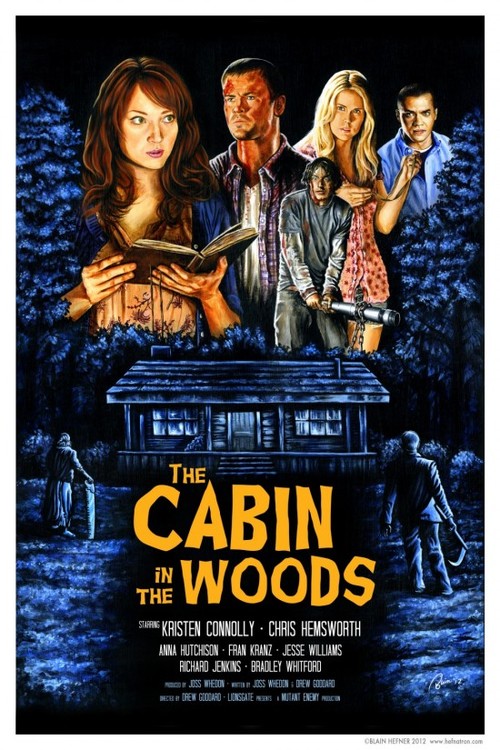