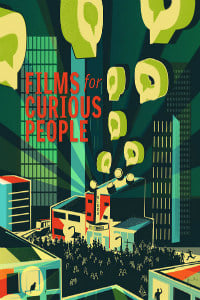 Director, Ferne Pearlstein’s feature documentary, The Last Laugh examines whether certain topics (particularly the holocaust) should be off limits. The film asks the type of tough questions that plague all societies blessed with free speech and provides many interesting answers along the way. Even with its dour subject matter, The Last Laugh is a deceptively light watch and quite often laugh-out-loud funny.

The Last Laugh posits; if the holocaust is an emotional wound and we all agree laughter is the best medicine, is it right to make holocaust jokes? The film presents both sides of the argument; on one side are those who claim making fun of the holocaust erodes its significance; on the other side are those who believe comedy helps people move past tragedy without becoming emotional stunted. If you expect the film to provide a definitive answer, then you are watching for the wrong reasons. What The Last Laugh does do is offer historical context for comedy’s role in the wake of tragedy and provide insights from today’s brightest comedic minds.

We all understand that it’s incredibly difficult to move past trauma and nobody would advocate making fun of those who haven’t had time to heal. Here is where the topic of how soon is too soon becomes murky; everyone recovers from anguish at different speeds and in different ways (for comedians it’s through making jokes). If waiting for everybody to heal is unrealistic, when is it appropriate to become offensive? Pearlstein pulls from a classic Saturday Night Live bit in order to broach this touchy subject. In Saturday Night Live’s first show back following 9/11, Lorne Michaels asks then New York Mayor Rudy Giuliani, “Can we be funny?” Giuliani brings the house down when he responds, “Why start now?” It’s a fantastic self-deprecating joke that sparks discussion around a question we still can’t answer. 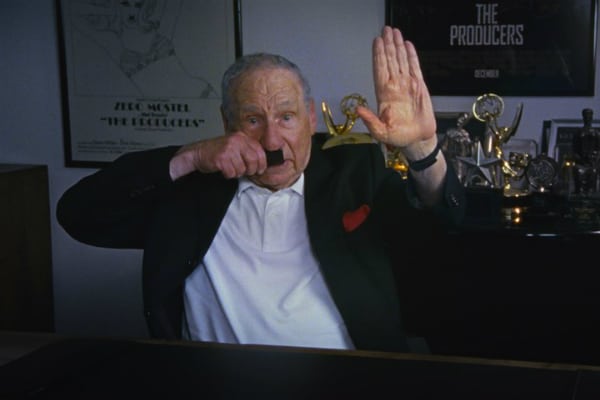 Pearlstein ties the how soon is too soon question in with the concept of comedic martyrs, societal trailblazers so hell-bent on pushing boundaries that they pay a price for their comedy. Lenny Bruce was one such martyr; he went to jail for his profane comedy routines. Bruce’s act was far tamer than what’s on modern-day sit-coms. Much of what audience’s watch today sits on the foundation that Bruce’s ground-breaking act built. 50-years later, society agrees that Bruce was ahead of his time, and only received punishment because he introduced  his act too soon. The film does an exceptional job explaining how comedians like Bruce help society face what makes it uncomfortable, ultimately strengthening its resolve and moving culture forward.

The Last Laugh is stacked with talent; the film features a murderer’s row of highly respected comedians. Rob Reiner, Harry Shearer, Sarah Silverman, David Cross, and Lisa Lampanelli all share their decades of insight. The film also peppers in footage of Joan Rivers, Louis C.K., and Lenny Bruce, comedians whose willingness to speak the unspeakable made them icons.

The film’s stand out cast-member is comedy legend, Mel Brooks — if The Last Laugh only consisted of Mel Brooks running through his countless anecdotes, it would still be an engaging film. Brooks’ wit and charm elevate the film every moments he’s on screen. Just like Michael Jordan showing up and taking jumpers at a basketball camp, when Mel Brooks chimes in with his opinion on the state of comedy, it carries weight. One of the more shocking moments in the film occurs when Brooks discusses jokes that make him uncomfortable. You know you’re swimming into the political incorrectness deep end when Mel Brooks says you’ve gone too far.

Does edgy humor uplift the downtrodden, or use their misery as a crutch for easy jokes? The Last Laugh may not offer any definitive answers but it does provide enough-well-thought out arguments and keen insights to spark discussion. Regardless of how one feels about the “how soon is too soon” debate, The Last Laugh will instill a greater appreciation for the role comedians play in society.