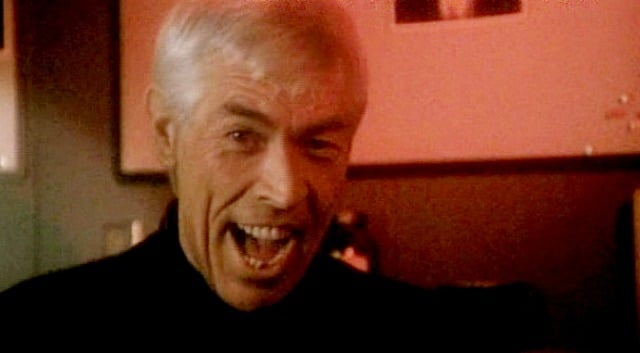 James Coburn as the Host

Darkroom was a thriller anthology series, much in the vein of Night Gallery, where each story had an image to present before it began. The series was hosted by James Coburn, who introduced each story segment as a photographer in his darkroom, developing photographs and tales. The innovative aspect of this particular anthology series was that the story segments had free range to be as long or as short as the story needed to be, as long as the segments fit within the hour duration. Most episodes contained two stories, but at times there were three. 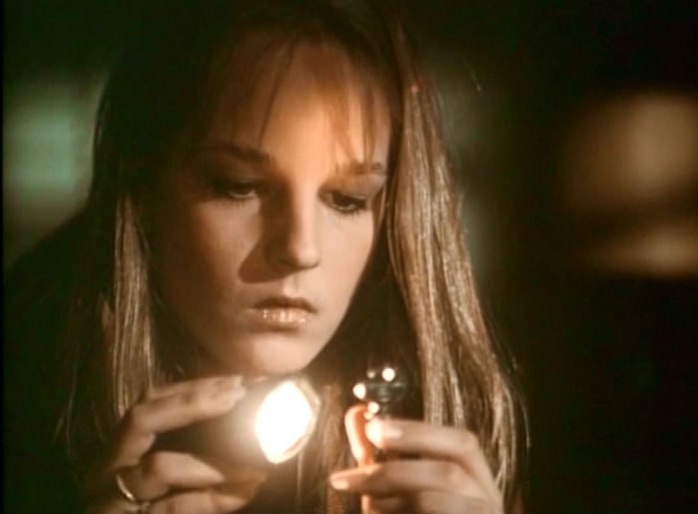 Darkroom was conceived as an anthology thriller series that was meant to capitalize on the rising popularity of the horror genre, with stories in the tone of hit movies like Friday the 13th and Halloween. The network executives conceived of the framing device of centering the series around a photographer as host, with his photographs being the lead-in to each story segment, and cast James Coburn in the role. Veteran television writer Peter S. Fischer was hired to executive produce the series, bringing in scripts that fell in line with the tone of the horror genre of the era. The network must not have realized how excessive and obscene the horror genre had become at the time, because they found the scripts to be too outrageous for television, and requested that they be considerably watered down. The writers were given the mandate to soften the gore and gritty situations, which they remedied by adding an element of humor and focusing more on creating tension through characters. Even after the dilution of the tone, the series was thought to be too extreme for primetime, and was quickly cancelled after only airing seven episodes. There were a total of twenty segments produced for the series, but only sixteen were aired. Post cancellation, the unaired four segments were sold to Universal, which they repurposed into an anthology film called Nightmares (1983).

The opening sequence was one of the more memorable aspects of this series, as it displayed a low angle first person perspective view (similar to Halloween) running around a spooky house, which felt reminiscent of Sam Raimi’s ‘unseen force’ point of view shots from Evil Dead, released in the same year. James Coburn was a very likeable silver fox kind of host, who was able to tie up each segment with his tongue in cheek delivery and eye winking performance. Behind the camera, there were many directors and writers who were well versed in horror cinema, and they utilized their skills here by presenting good pacing and tension building to the segments, with twist endings that had a strong effect. The production value to each story varied from good to excellent; only seldom did the budget affect the impact of the storytelling. The performances in each segment were usually pretty decent, with the most notable being from the more recognizable talents.

The lost stories that were made into the film Nightmares are “Terror in Topanga”, “The Bishop of Battle”, “The Benediction”, and “Night of the Rat”, and featured Emilio Estevez, Lance Henricksen ,and Veronica Cartwright in the cast.  The four segments fall in line with the same style and tone that was on the series, despite the lack of Jack Coburn as host to bridge the stories together. The production value of these segments appear to be enhanced for film, with “Bishop of Battle” having some of the more interestingly made computer effects presented in its segment. Overall, the series as a whole seemed of very good quality that was not at all extreme, at least not by today’s standards. 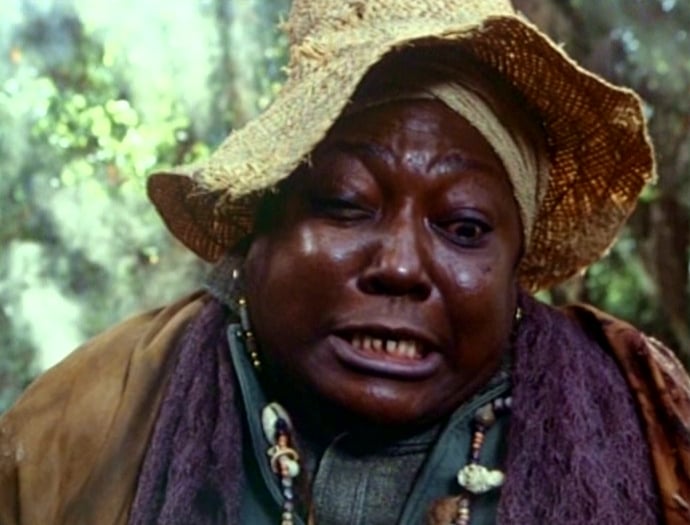 The show had been fairly consistent at presenting entertaining stories with a dark tilt, including the four segments made into the feature film. Here is an overview of the series.

The first episode is very strong, featuring two very different stories, “Closed Circuit” and “Stay Tuned, We’ll be Right Back.” The first story is the most like The Twilight Zone, with eerie turn of events and convoluted conclusions, but it’s very well performed and clever. The second story is a bit lighter, with a story that resembles the film Frequency to some degree, but with a much more comical, yet gloomy, ending. The second episode features one of the best segments in the series in “The Boogeyman will get you”, featuring a young Helen Hunt getting romantically involved with a suspected vampire. The twist ending is somewhat of a letdown, due to poor production value, but the performances make up for it.

The fourth episode has “Make Up”, a segment that is a little nonsensical, but is saved by a strong performance by Billy Crystal, who plays a down on his luck average Joe that comes across a magical make-up kit that turns out to be more trouble than he thought. Episode six has “Guillotine“, which is a sharp little story that may be predictable, but is still fun to watch play out. Lastly, in episode seven we get two solid stories, the first being “Exit Line”, which tells the story of a critic and a disgruntled actor who is desperate to change her opinion of his acting ability, which ends not so much with a bang, but with a whimper. The second story, “Who’s there?”, is a little slow burn tale with some well done, contemplative character twists.

Most of the segments not mentioned are all pretty good for the most part, but they just don’t stand out like the ones mentioned above. The weaker segments start in episode three with “Needlepoint”, a short that doesn’t really make much effort to be more than an unusual case of revenge. The second story has the opposite problem, in that it takes a lot of effort to tell a tale that feels overly drawn out. “Siege of 31 August” tells the story of a Vietnam veteran who is haunted by the war, which is made manifest through a series of toy soldier attacks. Although the production value is pretty good, the idea of toys attacking anyone is still too silly to present with any true dread. A similar thing could be said for the next weak story, “Catnip” from episode five, where a greaser is tormented by a black cat. There are moments that are actually very creepy and haunting in this segment, but despite itself, the story is comical, the saving grace of the segment comes from James Coburn’s opening presentation of the tale, where he claims that he would take a guard cat over a guard dog. The last of the weak shorts is “The Rarest of Wines”, which isn’t necessarily bad, just a very cheap story, yet a fine example of making the most of a low budget, with good staging and props. 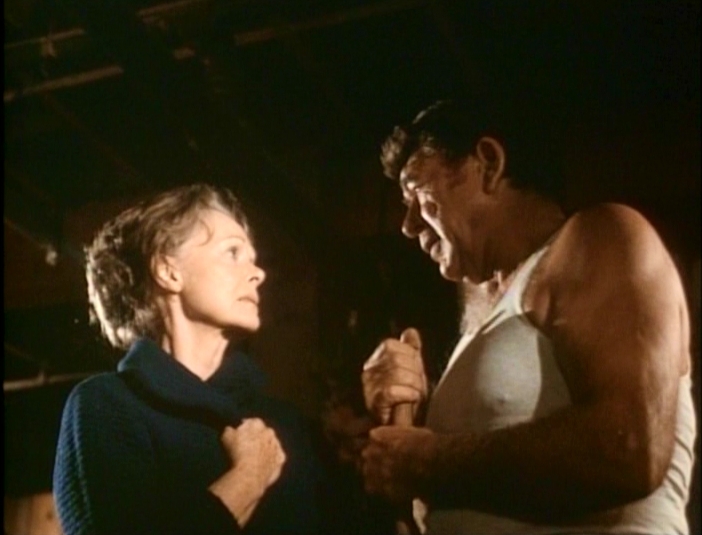 Darkroom aired for only seven weeks on network television and may be primed to be forgotten. The series would most likely already be lost had it not been for syndicated cable stations like USA Network and the SciFi Channel. The series may have gotten cult status from the cable era, but currently the show is not being aired or preserved on home video as some other more established anthology series have been, like The Twilight Zone or The Outer Limits. (In fact, The Twilight Zone has recently been given a Bluray Home Video release, as well as yet another DVD set that is packaged with the 1980’s series as a limited collector’s item called “The 5th Dimension”, which was released this November.)

Darkroom is a very interesting and well made anthology series, with segments that are fine examples of character driven stories with a good sense of humor. At the time when it came out, the networks felt it was too intense, but there’s a chance that the executives who decided to pull the plug on the show didn’t know what kind of series they were asking for, and also didn’t appreciate the horror genre of the time, which this series was fairly good at emulating for television. This series is a unique relic of television history that should not be lost to the corners of time from underexposure.

Some notable credits from the makers of Darkroom:

Peter S. Fischer went on to write for Murder, She Wrote and Columbo.

James Coburn went on to work sporadically on films and television, appearing on Young Guns II as well as becoming a voice actor for the animated series Captain Planet and the Planeteers. He also won an Academy Award as best supporting actor for his role in the 1998 film Affliction.

The series is not currently available in the US on home video. In February 2011, an Australian home video release was made available in the region 4 format. As for Nightmares 1983, a DVD was released by Anchor Bay Entertainment in 1999, but has since gone out of print.

All 16 episodes are available to stream, as well as the trailer of Nightmares. Also available is a video clip significant to the series, of a set of short interviews with series creator and executive producer Peter S. Fischer, which had aired during its syndication on the SciFi channel in 1995. 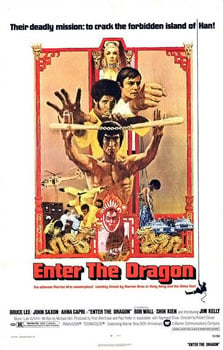 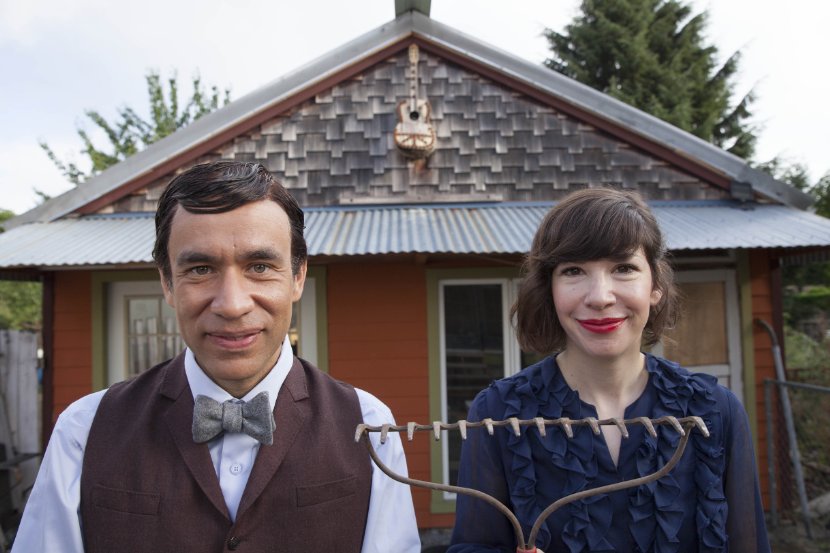