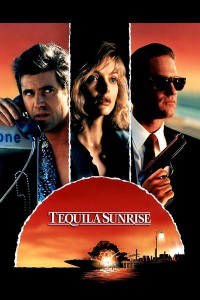 Written and directed by Robert Towne

Dale ‘Mac’ McKussic (Mel Gibson) and Nick Ferscia (Kurt Russell) are longtime friends who know each other inside out. Even their diametrically opposed career paths have failed to create too strong a rift in their friendship, although certain tensions have risen. As it turns out, Mac is a drug dealer, a handyman gifted in assisting narcotics suppliers in their clandestine operations. Nick is a lieutenant detective specializing in breaking such cases wide open. When the film opens, Nick, currently on assignment and undercover, stumbles onto Mac as the latter gives training to his lawyer, who wants in on the potential dividends reaped from drug dealing. In a moment of privacy, Mac explains he was only acting as a guide for his newbie lawyer-dealer and has retired from the business, a claim Nick is quick to scoff at. When word gets out that a Mexican drug lord going by the name of Carlos is about to make a serious move stateside, Nick suspects his old pal Mac may be in on it and starts using the apple of his eye, restaurant manger Jo An Vallenari (Michelle Pfeiffer), as a liaison.

By 1988, writer-director Robert Towne’s reputation had long been established thanks in no small part to his work as screenwriter of Roman Polanski’s Chinatown in 1974. Hailed as one of the tightest, smartest, best character- and history-driven scripts ever conceived, Chinatown is the definition of Towne’s qualities as a storyteller who can balance plot, politics, and character so no one element overshadows the others. For Tequila Sunrise, Towne returns to the world of noir populated with undercover detective agents, double-crosses, and a smart, independent blonde who finds herself under more pressure than she ever bargained for when she entered the restaurant business.

The major difference between the scripts of Chinatown and Tequila Sunrise is that where the 1974 story displayed a keen interest in the politics of 1930s Los Angeles, Sunrise’s defining trait is its dedication to delving into the complications linking between the trio of leads and a fourth surprise character. For as much as the film elaborates on the details of who needs to be where and when, to ensnare the oft-referenced Carlos, Towne ensures that the movie’s core, the at-risk friendship between Mac and Nick, earns the most focus. Jo Ann’s role in paving the road this friendship embarks on is equally pivotal, but not in any decorative way. Towne gives her several key scenes delving into the weight of having two vastly different personalities attracting her in many ways. Also, the more Mac and Nick close in on her, the clearer it becomes that much more is at stake than romance. She never asked to be a part of a grander scheme involving significant cocaine busts, yet here she is with two men vying for her companionship and the success or flop of a major operation riding on the decisions she makes. 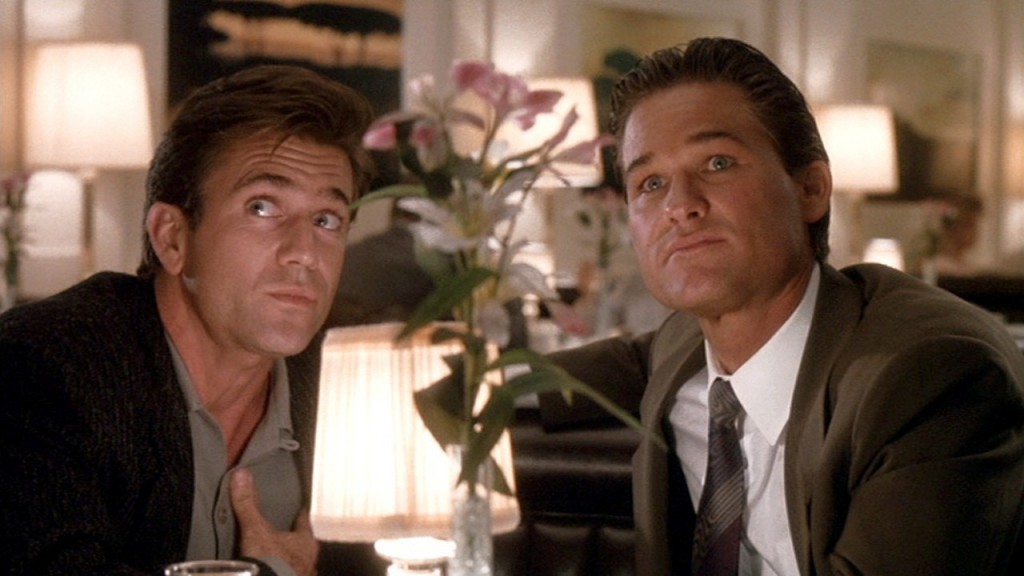 Better still, Tequila Sunrise avoids any easy scenes or plot developments that would otherwise dilute the complexity of the precarious love triangle. Mac and Nick are constantly forced to confront each other with honest and difficult exchanges. One such scene, the film’s most widely known, has both men alone, sitting on playground swings, their black silhouettes the only signs of life as a brilliantly red sun sets in the background. Visually arresting, their conversation has Nick reveal information concerning his operation that hurts Mac as it attacks his privacy despite his incessant claims to innocence. The discussion ends, neither man feeling particularly positive about the possible outcome to this jam they have found themselves in. Nick walks away, leaving Mac to languidly contemplate the predicament. The sun continues its slow yet discernable descent. As the day reaches its end, is the same true of the bond between Mac and Nick?

Atmosphere goes a long way in establishing any movie’s identity, Tequila Sunrise’s owing a lot of credit to the contributions of cinematographer Conrad L. Hall. There is a curious amount of softness to the picture (partially a result of a lower bit rate on the recent Warner Brothers Blu-ray release, but online reviews that share information about the movie’s production history explain that was partially Hall’s intent). While that may be taken as a negative to those accustomed to sharp picture detail, the colour schemes and lighting of any number of scenes have an enveloping quality about them. Towne and Hall even make a restaurant argument look sexy, what with carefully chosen sprays of light highlighting Pfeiffer’s stunning facial complexion. Black levels for nighttime and dimly lit areas look as deep as the nether of space. 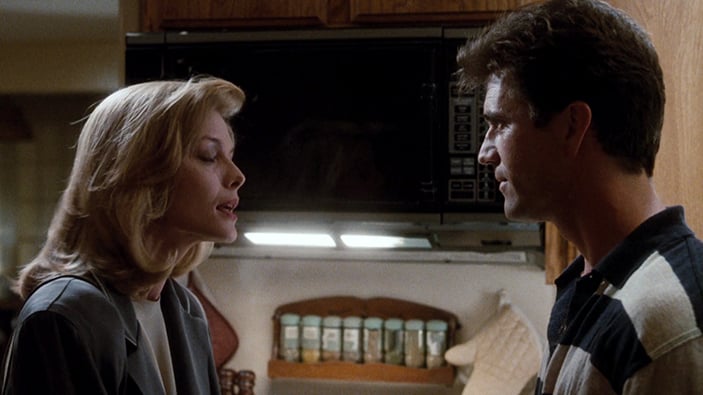 Mel Gibson, Kurt Russell, and Michelle Pfeiffer were all at the height of their popularity upon the film’s release. In 2014, no major studio release with considerable box office aspirations would have any of these actors in a starring role and certainly not all three together. In 1988, these actors had proven their worth as dynamic, charismatic performers. Seeing them together in this intelligently written yarn is a pleasant reminder of how limitlessly capable each is of carrying a movie. What’s more, each role is distinct, with Gibson playing the cool, surprisingly sensitive former drug dealer pleading innocent, Russell as a smooth shark wearing the mask of law enforcement, and Pfeiffer, who practically owns the movie even though her role does not call for the same level of toughness exemplified by her male co-stars. Pfeiffer anchors her role with an independent spirit, a quick wit, and some of the more traditional lady-like qualities of a women falling in love just as she is sucked into a vortex of deceit. Apart from being mesmerizing to look at, she is exceedingly good at building character via performance. Tilts of the head, gazes, smiles; Pfeiffer is of the lesser-celebrated actresses of her generation, an unfortunate oversight when one witnesses what she can pull off in Tequila Sunrise. Gibson and Russell unquestionably have charm and energy, two extremely helpful qualities, but Pfeiffer is always acting as though her life depends on it. Lest he be overlooked, Raul Julia, whose character’s identity shall remain a secret, is splendidly boisterous in his manhood.

Tequila Sunrise is a product of an era when studios gave opportunities to filmmakers to make intelligent and entertaining adult movies. Law enforcement, drug dealing, romance, and bromance are all here, but without contemporary’s cinema’s reliance on epic scale or pedestrian attempts at grit. Robert Towne’s film is sexy but not gratuitously so. It is smart but not head scratch inducing. It is adult but fun in a mature kind of way. In essence, it is noir but in living colour. 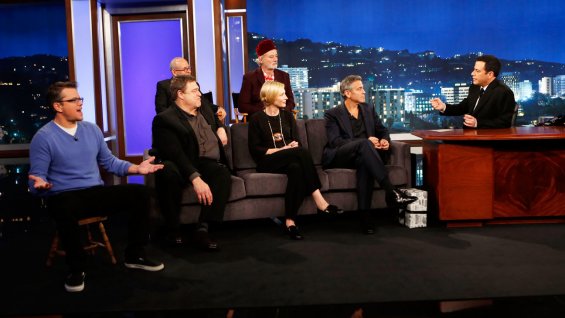 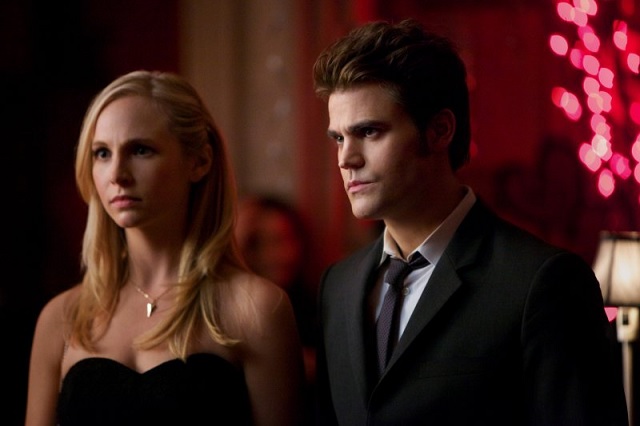