With the same level of commitment to selling a song as Thom Yorke, singer Duncan Wallis oozes cool when he busts some moves in this indie ode to dance. Whilst I’m not usually a fan of dull back drops or performance based videos, the black background works in Wallis’ favour. The simple visuals and right amount of well executed cuts compliment this chirpy, indie pop tune perfectly. Both channeling their inner Napoleon Dynamite, I would love to see Yorke and Wallis have a dance-off.

There is not enough well done black and white videos out there. It’s a hard thing to perfect, some videos look great stripped of colour but they aren’t that visually interesting (Lana Del Rey’s “Blue Jeans” is the first example that springs to mind) but with “Romance” this isn’t the case at all. Intimate and dripping with enigma, afro-Scottish rap trio bring us this beautifully artistic, and visually engaging music video that accompanies the melancholic anthem perfectly.

Fighting back claims of being somewhat racist, Girls creator Lena Dunham cast Donald Glover for the second season, and the soundtrack features Santigold. Despite being a story about one sheltered group of friends, Santigold’s video features of a collage of New York woman from all ages and races which should put controversy aside.

From fierce young girls on the playground to sassy grandmas rapping, this upbeat, catchy female anthem does an amazing job of showing a real portrayal of woman around the world. Next to Beyoncé’s “Run The World (Girls), this is a fun, inspiring video where all the women in the video look cool and tough.

On the topic of fun videos, this next video is more fun and less bitter than Good Charlotte’s “Lifestyles of the Rich and the Famous” and less obnoxious than Wavves’ “King of the Beach”. Free Energy’s “Girls Want Rock” is a ridiculously fun and catchy song with a great, cheesy video to go with it. With a vast majority of music videos becoming mini blockbusters, it’s refreshing to see a cheesy, upbeat video where a band is just having fun. This friendly video screams summer tomfoolery featuring activities such as swimming and go-karting, think Best Coast’s “The Only Place” but with a group of boys fooling around. There is also some some great shots of them dancing. Feeling moody from “adverse weather conditions”, this video works as perfect escape.

Famous burlesque dancer Dita Von Teese recently made her singing debut, in UK electro duo Monarchy’s latest track. The eerie dance track comes with a highly stylised video featuring a 1950’s housewife attempting to escape the monotony of her home life through dirty sexual fantasies (who better than Teese right?!).  Featuring masked men in suits, writing naked bodies and fire the video consists is made up of an impressive colour palette, and a number of clever visual metaphors. This is a cool, sexual, dark video and Dita doesn’t do a bad job singing, though most people aren’t paying attention to that. 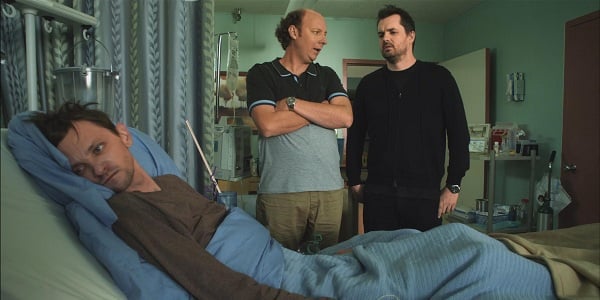 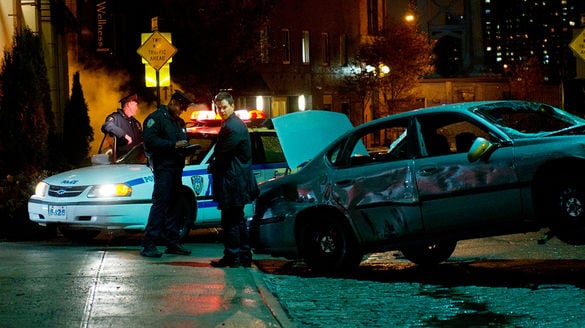