This new column for Sound on Sight will feature Cahiers du Cinema critics-turned-filmmakers. However, it will not cover the infamous New Wave directors, but four other filmmakers who wrote for the journal and subsequently became directors. What follows is a brief history of the journal and its association with the four filmmakers that will be covered in this column.

I. A Brief History of Cahiers du Cinema

Cahiers du Cinema has been a prominent film journal for the last 60 years, famous for introducing the concept of les politiques des auteurs, which became the auteur theory in North America thanks to Andrew Sarris, and more famous for playing a major role in the French New Wave. The journal has gone through many shifts and turns, beginning with Andre Bazin as the editor-in-chief to the current editor-in-chief Stephane Delorme.

The history of the journal can be broken into six periods: The Bazin Years (1951-1959); The Rohmer vs. Rivette Years (1959-1966); Politicization (1967-1969); Goodbye Cinema, Hello Militant Politics (1969-1974); The Serge Daney Years (1974-1981); and Mainstream Criticism (1981-present). There are two great anthologies on Cahiers du Cinema worth reading for anyone interested in exploring the history of the journal and their various forms of film criticism: Cahiers du cinema, the 1950s: neo-realism, Hollywood, new wave; and Cahiers du cinema, 1960-1968: new Wave, new Cinema, re-evaluating Hollywood, Cahiers, both edited by Jim Hillier. Unfortunately, the other periods have not been given as much attention, but are just as interesting and full of great film criticism.

Diving into a rich journal like Cahiers du Cinema is certainly daunting, but one way that might work would be to take a look at the journal’s top ten lists over the years. The choices in those lists offer very good idea as to what the journal represents in terms of what kind of films its writers appreciate and which directors they champion. Cahiers du Cinema has always been about polemics. The critics are interested in creating debate, taking stands, and arguing for one type of film or filmmaker over others. The journal is known for complex and deep discussions that leaves nothing unturned. In many ways, Cahiers is like the blueprint for film podcasts that discuss one film for 2 hours. This was especially true of the critics who would become famous New Wave directors. They were avid cinephiles and watched as many movies as they could; none of them could match Rivette, who was known by his colleagues for spending 8 hours a day in the Paris Cinematheque.

We have won by getting the principle accepted that a film by Hitchcock is as important as a book by Aragon. The auteurs of films, thanks to us, have entered definitively into the history of art. (Godard, Arts, 22, April 1959)

Mise-en-scene was closely tied to the auteur principle and meant that the auteur used the mise-en-scene to give us his vision of the world. The emphasis on mise-en-scene altered film criticism from writing on themes and characters to the visual style of a film, the way it is put together, and the way subjects and objects appear in the frame. Both concepts have more or less survived in contemporary film criticism and we owe our use of them to Cahiers du Cinema.

Articulating the two main battlegrounds essentially summarizes the Bazin period in simple terms. However, once a number of the critics became filmmakers, Bazin died in 1958, and Eric Rohmer took over as editor-in-chief, the journal was very divided. The New Wave filmmakers continued to contribute as writers but disagreed with Rohmer’s editorial direction. Rohmer refused to deal with contemporary cinema and Rivette, Godard, Kast, and Truffaut wanted to focus less on Hollywood. Rivette eventually staged a coup and replaced Rohmer as editor-in-chief in 1963 and lasted until 1965. It was during this editorial period that Andre Techine joined the journal and became a regular contributor until 1967.

This period welcomed more foreign films into the journal’s pages and its writers championed auteurs from around the world like Kurosawa, Rocha, Forman, Svankmajer, Polanski, Wajda, Tarkovsky, Huillet/Straub, Bergman, Antonioni, Fellini, and Pasolini. They also continued to cover filmmakers from France like Bunuel, Marker, Resnais, and Rouch. During this period, Rivette and his writers decided to abandon both the concept of the auteur and mise-en-scene, which they felt should be balanced with attention to content. Here are Rivette’s remarks on mise-en-scene:

Mise-en-scene is now used to suggest that as long as the camera movement can be called sublime, it makes no difference if the story is fatuous, the dialogue idiotic and the acting atrocious (Sight and Sound, Autumn 1963).

When Rivette resigned from his post, he chose Jean-Louis Comolli and Jean Narboni to replace him as the chief editors for the journal. Under their direction, the magazine became more radical until becoming a fully-fledged dialectical materialist journal when the two men resigned. In the early 1970s, the magazine was run by an editorial collective made up of Maoist critics who continued to focus less on cinema, more on militant politics, and changed the nature of the journal entirely; Truffaut and Rivette took their names off of the journal’s letterhead.

The collective eventually dissolved and Serge Daney and Serge Toubiana were chosen to take over the journal, with Daney exerting the most control over its content. Cahiers then refocused their work on cinema, but with less focus and organization than the journal had in the 50s and 60s. It wasn’t until the magazine reviewed Steven Spielberg’s Jaws that Cahiers began to review more commercial films after a brief period of ignoring mainstream films. During the Daney period, Cahiers focused on films by Jean-Luc Godard, Straub and Huilet, Rainer Werner Fassbinder, Robert Kramer, Jacques Tati, and attacked commercial films made in Hollywood and the retro-style of Louis Malle.

In 1981, Daney left the journal, resulting in another editorial turnover. Serge Toubiana took the lead as editor-in-chief and Thierry Jousse, Antoine de Baecque, and Charles Tesson joined the magazine, which led to more discussion of Cahiers favorites along with discussions and appreciations of newer filmmakers, including Manoel de Oliveira, Raoul Ruiz, Hou Hsiao-Hsien, Youssef Chahine, and Maurice Pialat. From 1918 to the present, Cahiers has been a mainstream film magazine that still manages to inspire debate and controversy. They continue to champion directors from around the world like Hou Hsiao-Hsien, Edward Yang, Abbas Kiarostami, and Bong Joon-Ho, Apichatpong Weerasethakul, and Hollywood filmmakers like Clint Eastwood, Brian De Palma, and J.J. Abrams.

Now, a brief survey of the four filmmakers who will be the subject of future articles in this column. Let’s begin with the younger filmmakers who wrote for Cahiers in the early eighties: Olivier Assayas and Alex Christophe Dupont, AKA Leos Carax. Both of these critics-turned-filmmakers made their feature-film debut in the eighties: Assayas with Disorder (1986) and Carax with Boy Meets Girl (1984). Both Assayas and Carax have taken elements and aesthetic concepts from the New Wave and used them in their earlier films in different ways. Assayas has made many different films and the style changes from film to film. Carax is a bit easier to pin down. His films are about ecstasy, the absurd, and the grotesque. Carax has created some of the most exciting sequences seen in film over the past 20 years, including his most recent film, Holy Motors.

The other two critics-turned-filmmakers being highlighted in this column are Andre Techine and Luc Moullet. Techine began writing for the journal in 1964 and quit in 1967. His first review was on Truffaut’s The Soft Skin (1964) and made his feature-film debut with Paulina s’en va (1969). His latest film was Impardonnables (2011) and has made 17 films in the intervening time. Techine’s films deal with sexuality, French identity, and the relationship between Paris and the Southwest of France. Over the years, he has collaborated many times with Catherine Deneuve, beginning in Hotel des Ameriques (1981).

Luc Moullet joined the journal around the same time as Godard and Truffaut and his brash personality irritated the latter and impressed the former. Godard was influenced by a lot of Moullet’s criticism. For example, Moullet stated that “morality is question of tracking shots” which Godard changed into “traveling shots are a question of morality” which means that both critics do not separate content and form in their criticism. Moullet’s first short film was supposed to be screened before Godard’s Le petit soldat (1963) but was banned because of its political content. He then made his first feature in 1966 called Brigitte et Brigitte and only made 8 feature films after but has directed 27 short films up until the present. Moullet is one of the least commercially successful directors to come out of the Cahiers du Cinema but his work is praised by Godard, Rosenbaum, and Rivette to this day.

The purpose of this column is twofold: to write about films and filmmakers who were closely associated with Cahiers du Cinema at some point in their lives, and to look at post-New Wave films made by French filmmakers that either carried forward the aesthetic and thematic concerns of the New Wave or went beyond them. Carax and Assayas did more of the former while Techine did the latter. The list of films chosen will be anything made by Techine, Assayas, Carax, and Moullet 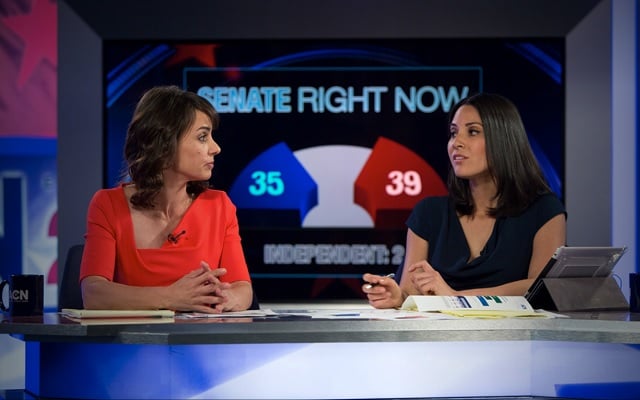