Home
Entertainment
The Amazing Race Ep. 21.3, “There’s No Crying in Baseball”: A surprisingly resilient Gary and Will survive the dreaded Double U-Turn
Prev Article Next Article 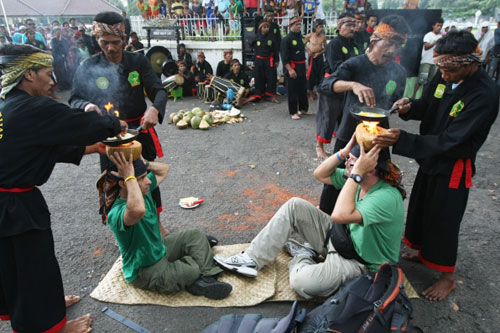 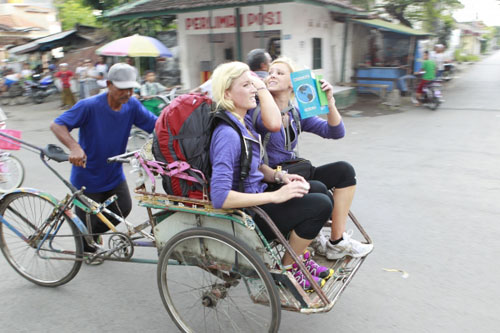 In the current era of The Amazing Race, the producers have used two primary tactics to generate tension. The first move is casting volatile teams like Brendon and Rachel from last season that create drama with their mere presence. This has been a more common strategy in recent installments. In cases where the cast is generally likable like this year, precise game design is a necessity to avoid watching congenial teams meekly depart each week. If there was more drama among the teams this year, it’s guaranteed the editors would make a big deal about the infractions. Since that isn’t possible so far, an old-school approach is needed to set up an exciting conclusion. There are plenty of different ways the producers can try to influence the race, and two come into play during this leg. The result is a surprisingly tense finish where an apparently weaker team steals the final spot.

“There’s No Crying in Baseball” splits the nine remaining teams into two groups by setting up train rides more than three hours apart. The first appears only a little over an hour after the leg begins, so it’s clear that not everyone is going to make it. Before the players reach the train, they must complete a Roadblock and then scramble to find the station. This task involves balancing 20 plates of food and carrying them “Pandang style” to a table of patrons. It’s a fairly simple task, but not everyone has such an easy time. Lexi and Nadiya aren’t so nimble and send their plates crashing to the floor. On the other hand, Jaymes uses his fine skills developed serving pancakes in Las Vegas to blow through the task. Taxi troubles slow down to Natalie and Nadiya before the Roadblock, and it costs them big when they’re a few minutes late at the train station. The twins join Rob and Kelley, Gary and Will, and Caitlin and Brittany on the second train and are set to battle to stave off elimination. 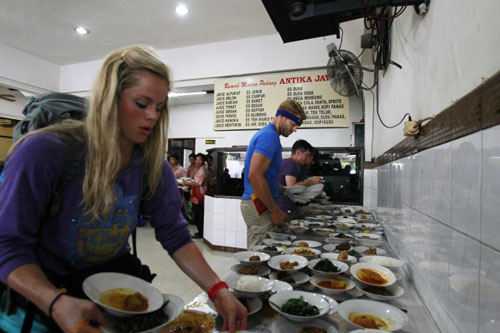 This is a fun episode with a strong finale, but the editors clearly telegraph who’s leaving in two ways. First of all, they give Caitlin and Brittany more interviews at the start of the episode. That’s always a definite sign they may be in trouble. Second, they include multiple clips of the best friends giving overly confident quotes. When that happens, there is some major foreshadowing happening. On the other hand, Gary and Will keep talking about how they’ll never give up, and it’s the classic set-up for the slow-moving guys to survive. Although the final race to the Pit Stop remains exciting, long-time viewers probably sensed we’d see a surprise result. Caitlin and Brittany looked surprisingly tough in previous weeks and didn’t fit the stereotype of the attractive blondes that frequently appear on this show. This time, they spend the second half complaining about people not speaking English. This is not a very graceful exit for the young pair. They keep trying until the end and only fall short by a few minutes, which is unfortunate considering Gary and Will’s misadventures.

The decisive task is a Detour where teams may choose between “Egg Head” or “Lion’s Head”. The first option seems easier and involves having eggs fried on players’ heads. Afterwards, they must eat them with hot sauce added to make it a bit trickier. The other option requires teams to don a huge lion’s head that weighs more than 40 pounds. While wearing this silly outfit, they must complete a series of dance moves. It isn’t an extremely difficult task, but it takes longer than the eggs challenge. An added layer to the Detour is the existence of the Double U-Turn, which allows them to make others do both options. This is a blind version, so no one will know who picked them. The top teams stick with their promise to each other and don’t use this nasty (but effective) ploy. Abbie and Ryan barely slide by Trey and Lexi to take first place. Both teams are complimentary of their direct competitors. Somewhere in CBS headquarters, a producer is calling Rob and Amber and seeing if they can join. These teams are too nice!

After the remaining three teams reach the Pit Stop, it’s time for the second group to battle. Everyone chooses “Lion’s Head” from this quartet, and Natlie and Nadiya jump ahead. They seem focused and glide into sixth place. Once Rob and Kelley finish the Detour, it’s clear this is a two-team race for survival. They make things extra difficult by choosing to U-Turn Gary and Will, which is a smart move. While Caitlin and Brittany struggle to find the clue, the substitute teachers actually pass them and have the option to use their U-Turn. Unfortunately, they miscalculate and penalize Rob and Kelley. These guys are just not good players. Surprisingly, they rebound well and blow through “Egg Head” to grab an opportunity. Both teams are dead even while riding their becaks toward the Pit Stop, but Caitlin and Brittany’s wrong turn at a fork in the road dooms their chances.

Looking forward to next week, it’s clear that Gary and Will still are probably going to finish last. Even so, their resilience this time shows that it’s possible they’ll last for a little while. The fourth episode also feels like the right time for a non-elimination leg, so it may not matter too much. The two young couples at the top are the main contenders, and Natalie and Nadiya are strong competitors. This trio seems most likely to be racing in the final leg for the top prize at the end of the season.